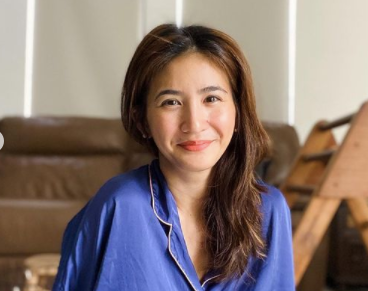 Rica Peralejo reveals why her house is always messy

Actress and vlogger Rica Peralejo shared several thoughts on the tidiness of her own home as she admitted that her house is messy.

“I only have one staff and I would not like to stress out the both of us by making sure all the kalat (mess) of the boys are neatly put away every minute of the day,” Peralejo explained as reason number one.

“The mess makes it uncomfortable for the people in the home. And guess what? They learn to clean up because they themselves feel they don’t like living within a mess that never gets cleaned!” she stated as another reason.

Thirdly, Peralejo believes that “mess means the house is alive.”

“People actually use it, live in it and was not had for display,” she explained.

“Mess usually means people have created in the space. I would rather be the mom who overlooked the writings on the wall haha than the mom who always said no to everything just because I wanted everything to be [picture-perfect],” Peralejo then shared as her fourth and final reason.

She then recalled that just the other day, she overheard her son saying, ” “I have a club.”

“And an adult asked him if this were online and he said no and instead, ‘I have fortresses under our stairs. That’s where my club is,'” Peralejo shared.

She then revealed that the said space is “always filled with cardboard boxes, paper, blankets, and all other trashy looking things making it not so aesthetically pleasing.”

“[But] my boy’s got a club in there,” the mother proudly said.

“He is owning an idea and developing his person and his creativity in that space. And that is more important than making the corner instagrammable,” Peralejo underscored. IB