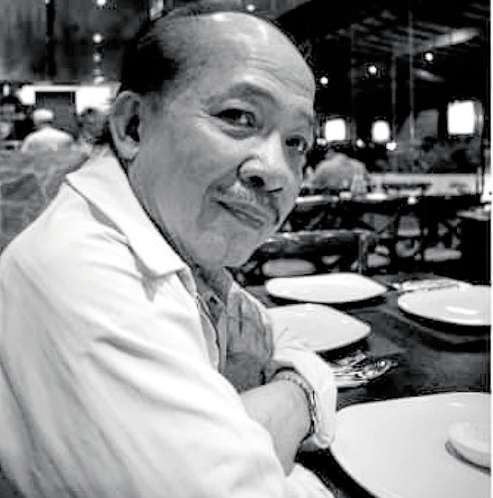 The award-winning writer, educator and thespian died July 29 at 81

With several prestigious awards won for his work across multiple genres, Domingo Goan Landicho leaves a legacy of literary excellence that was part of a much bigger whole.

Fondly known as “Domeng,” Landicho was also an educator and an actor whose work in these fields was just as important and impactful as his literary work. He died July 29, just six days shy of his 82nd birthday.

Born in Batangas, the son of a farmer, on Aug. 4, 1939, Landicho obtained his undergraduate degrees from Lyceum of the Philippines, and a Master of Arts in Education at National Teachers College. He later earned his Bachelor of Laws at Lyceum.

He obtained a Ph.D. in Filipinology from the University of the Philippines (UP) in 1994, and served as writer in residence and professor at the Department of Filipino and Philippine Literature, and as an associate director for criticism at the UP Institute of Creative Writing. He was named professor emeritus of UP Diliman in 2005.

In his lifetime, Landicho received many local and international awards.

The zarzuela he also coauthored with his wife titled “Sa Ngalan ng Bayan” won the Gawad Sentenyal sa Panitikan in 1998 during the commemoration of the Philippine Centennial.

Landicho’s haul of Palanca awards is more formidable proof of his gifts and skills as a writer in his mother tongue.

In 1993, he won the grand prize for his novel “Bulaklak ng Maynila,” among many others.

Landicho wrote plays for Philippine Educational Theater Association in the 1970s as well as plays for Dulaang UP.

Beyond his undeniably consummate skill in wielding the pen, Landicho has also walked the boards of the stage, the small screen and the silver screen as an actor—including as Hortono in the Hollywood movie “The Year of Living Dangerously” (1982), alongside Mel Gibson and Sigourney Weaver; and in the local films “Bulaklak ng Maynila” (1999), which was adapted from his Palanca-winning novel, and “Kubrador” (2006).

The Cultural Center of the Philippines’ (CCP) website carries an obituary for Landicho that hails his contribution to Philippine Letters:

Venerable writer and teacher Cristina Pantoja Hidalgo described him as “a good friend of mine for many years.” In Barangay Greater Lagro, Quezon City, where Landicho lived for a long time, the Sangguniang Barangay ng Lagro kept the Philippine flag at half-staff outside the barangay hall in recognition of Landicho’s “priceless contribution” to the country.

According to the CCP, Landicho “was always invited to perform and read his poetry at poetry readings, vigils, fiestas, the crowning of beauty queens, and other meaningful anniversaries and celebrations. Because of this, he was hailed as a ‘poet of the people,’ like Huseng Batute.”

The CCP website obit also noted that Landicho’s poetry “focused on what was happening in the country. Before martial law was declared, he always presented his progressive poems at activist gatherings.”