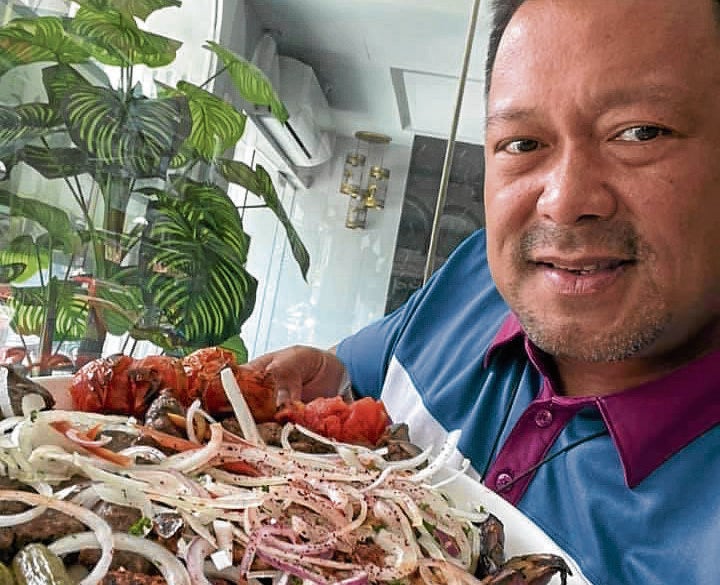 Former Sen. JV Ejercito: “These dishes that I post about are part of my motorcycle travels.” —PHOTOS COURTESY OF JV EJERCITO

On Let’s Eat Pare, a Facebook group where people exchange kitchen secrets and food finds (376,800 members), a familiar name frequently shares photos of appetizing dishes that could easily leave one with a bad case of the munchies.

JV Ejercito may be best known as a politician who started as San Juan mayor and representative and went on to become a senator, but in the Let’s Eat Pare circle, he’s JV the food lover who’s eager to share his latest culinary adventures.“I would say I’m an accidental foodie or food influencer because all of these things that I post about—restaurants and food discoveries—are part of my motorcycle travels,” Ejercito told Lifestyle.

Ejercito, a certified motorhead, is part of the Moto Turismo campaign that promotes domestic travel at a time when most international flights are grounded due to the pandemic. They go to their usual haunts in Laguna, Batangas, Quezon or nearby Binondo.

It’s during these trips that he comes across mom-and-pop shops and locally owned restaurants that serve good food.

In Liliw, Laguna, Ejercito and his Moto Turismo group found a hidden treasure in Arabella Restaurant. He raved about how everything in the restaurant was delicious, from the French pork chop to the truffle pasta, and spinach and burrata pizza.

Ejercito also shared his must-visit pit stop when traveling in Cagayan Valley—Aling Luring’s Gotohan. This local shop serves serkele, the love child of dinuguan and papaitan that originated from Bulacan.

Then there are also places in the city, like Quik Snack, a restaurant hidden in an alley near Carvajal Street, Binondo. The place serves authentic oyster rolls (think lumpia stuffed with yummy oysters), kikiam and chai pao (kuchay).

“If it’s local and it’s something good to my palate, I will recommend it,” he said.

Thanks to his travels, Ejercito has a long list of favorite dishes and restaurants, depending on the location and the cuisine. Name a cuisine or a locale and he’ll tell you his go-to place. Japanese? Izakaya Kikufuji. Ilocos region? La Preciosa. Bicol region? Definitely Small Talk. Lomi in Batangas? Great Taste.

He described himself as an adventurous eater, but exotic meats like bats, tigers, snakes and dogs are definitely off-limits. He also avoids sweet stuff, as he is a Type 2 diabetic.

While he indulges in the good stuff, Ejercito said that he stays physically active—biking, jogging and playing golf—to remain healthy.

Ejercito shares his food finds on the Facebook group in the hopes that his fellow food lovers would try and grab a bite as well. But his mini food reviews are part of a bigger drive.

His unexpected popularity in the online food scene may have happened by chance, but it is a happy accident for some of the restaurants that have seen an increase in orders after Ejercito’s recommendations.

One restaurant in Sampaloc, Manila, Markie and LA Pancit Cabagan, used to order 30 kilograms of miki to cover one week’s worth of orders. After Ejercito raved about their noodles, they had to double their weekly order of miki to meet the demand from customers.

There were also some San Juan carinderia owners who told Ejercito that customers would come in, show his post and ask for the dishes in the photos.

“It’s nice to know that in your own little way, you were able to help small- and medium-scale industries,” he said.