'Love Beneath The Stars' echoes message of 'The Boy Foretold By The Stars,' says Keann Johnson | Inquirer Lifestyle ❮ ❯ 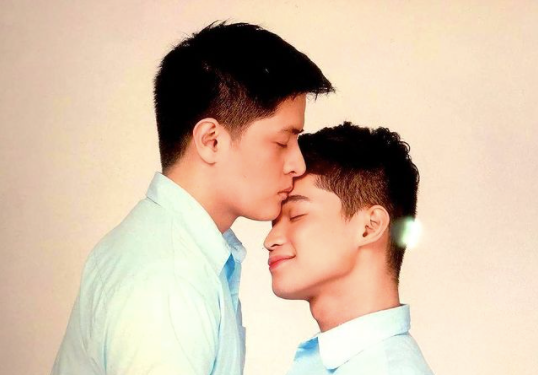 ‘Love Beneath The Stars’ echoes message of ‘The Boy Foretold By The Stars,’ says Keann Johnson

For Keann Johnson, the underlying message of the series “Love Beneath The Stars” is the same with the movie “The Boy Foretold By The Stars” from which it is based.

“The reason why we’re all doing this, why we’re all working together to finish the series is to send out the message out there,” the young actor said during the online press conference for the series, last Monday, Aug. 9. “[To tell] everyone that it is OK to love someone of the same gender.”

For Johnson, the series, which will start streaming tomorrow Aug. 16 on iWantTFC, is not just about the love between Dominic (Adrian Lindayag) and Luke, the character he plays.

“We’re also talking about their love outside the relationship like their problems when it comes to family, to school, education,” he said. For him, the series, tries to help guide people in similar situations, to help them solve their problem.

The showing of the movie for Johnson was “a huge step forward for the LGBTQ community.”

“It shows how evolved society is in accepting the community. Even the MMFF has accepted the LGBTQ community to the point that they allowed our movie to be on the top ten,” he noted. “That is a big step forward for us.”

“For me, as a proud ally observing this, nakaka- proud eh,” he stated. (It makes me proud.) JB