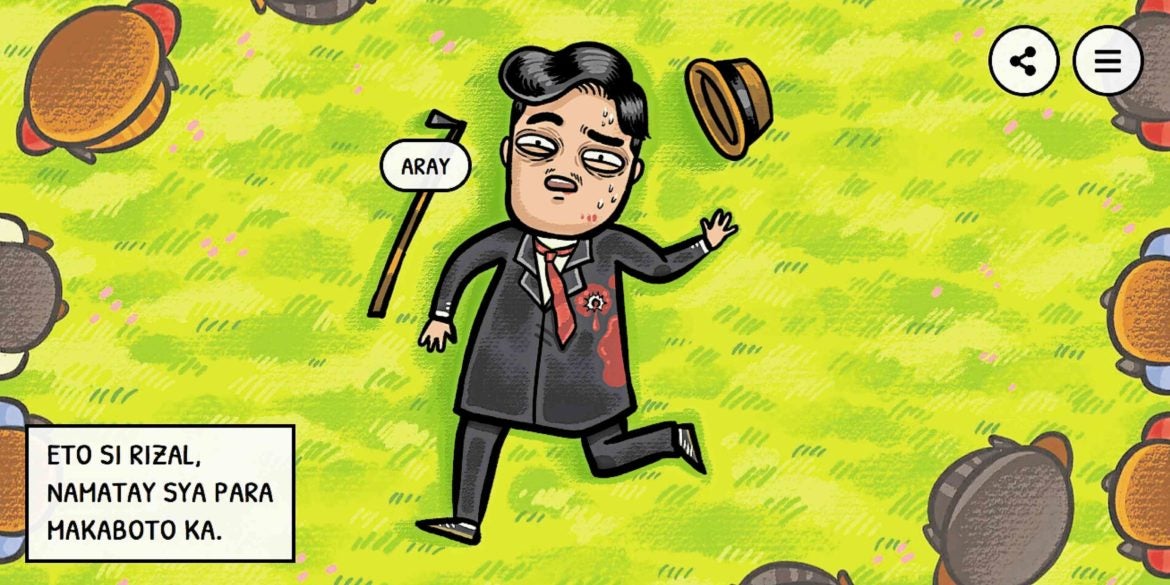 Don’t know how to register? Head over to Magparehistroka. com. —ART BY CHINNY BASINANG

“Both bad driving and bad voting are dangerous not merely to the individual who practices them, but to innocent bystanders,” wrote Bryan Caplan in the book, “The Myth of the Rational Voter: Why Democracies Choose Bad Policies.”

And unfortunately, we Filipinos have a long history as bad voters. We are known to elect and reelect, again and again, crooks, crooks we’ve previously ousted, idiots, and their family members.

It isn’t enough to vote. We need to vote smarter.

1. The first step to voting smarter is to register. (Duh.) Don’t know how? Head over to magparehistroka.com. As of press time, the Comelec has announced that they wouldn’t be extending the deadline to register—so you only have until Sept. 30 to do it.

And don’t just register, actually show up on the day of the elections ready to make your vote count. In 2019, one-fourth of registered voters did not vote in the midterm elections. Don’t waste your vote.

There is no such thing as not voting, said writer David Foster Wallace. He wrote: “You either vote by voting, or you vote by staying home and tacitly doubling the value of some Diehard’s vote.”

2. Realize that your one vote does count. “We need to remember the power of every single Filipino. Kailangang maisamulat natin yan sa lahat ng ating mga kababayan lalo na sa kabataan,” said Ronald Mendoza, dean of the Ateneo School of Government. When you embrace the idea that your vote counts, you will see it as the responsibility it is and prepare for it like you should.

3. Do your homework. The elections are not a time for cramming. The time to start paying attention was yesterday. But today is okay, too. It’s not too late. Talk to your friends and family members about your candidates and listen to what they have to say too. Intelligent discussion is important.

4. Separate fact from fiction. This is crucial in a time of fake news and propaganda, when it’s so easy to fool even supposedly smart people into believing something skewed or completely made up. Choose your sources of information wisely. Look for voices you can trust. Don’t believe everything you read and hear. Verify, verify, verify.

5. Vote critically. You know how critical you are when you’re watching the question and answer portion of beauty pageants or when a book you like was adapted into a movie or when your food delivery guy screws up your order? You should even be more critical of the people you’re voting for.

Voting is not a horse race, you’re not going there thinking, ‘Gee, I gotta pick the winner so I can brag to my friends, oh, I picked so-and-so and he or she won,’” said former pro wrestler and Minnesota governor Jesse Ventura.

Don’t vote for someone just because they’re charming. You know who else was reported to be really charming? Charles Manson and Ted Bundy.

It’s so easy to make all kinds of promises during the campaign period. It’s like courtship—politicians will promise you the moon and the stars to get your vote. What you need to be looking at is their track record. What have they actually done? Pay attention to action, not words.

7. Ask yourself, “What did they do during the pandemic?” COVID was a true test of leadership. How each candidate handled the pandemic tells us so much about them.

Did they have their priorities straight? Were they plastering their names on donations paid by taxpayers? Were they jumping the line to get tested? Were they being completely stupid and reckless and violating quarantine rules, putting other people at risk?

Did they turn the pandemic into yet another opportunity to siphon cash into their already overloaded pockets? Or did they actually do their part in trying to make people’s lives better during a really difficult time?

8. “Utang na loob” should never be the basis of your vote. Remember that when your politician does something good for your community or even your family, what they spent isn’t coming out of their own pockets—which is why there’s no excuse for all those tarps with their names and faces.

9. You can be as forgiving as you want to be in all aspects of your life but not when it comes to choosing your government officials. Filipinos can be too forgiving and too forgetful and so politicians think they can keep making fools of us. If an elected official has already screwed the country over and revealed their true horrific colors, say “never again” and vote for someone else.

10. Prepare your cheat sheet of chosen candidates and bring it with you on the day of the elections so you don’t panic when the ballot is in front of you. May your list of candidates be full of names that will do good and do well not just for you but for the whole country.

When choosing candidates, Mendoza said, “Don’t just think of yourself. Think of the future generation. The children. If we make the wrong decisions, it’s the children who will be paying for those mistakes. It’s so easy to say our leaders need to change but the first thing that should change is how we choose the leaders we are voting for.”