P150K per post: Why the BIR wants influencers to pay up | Inquirer Lifestyle ❮ ❯ 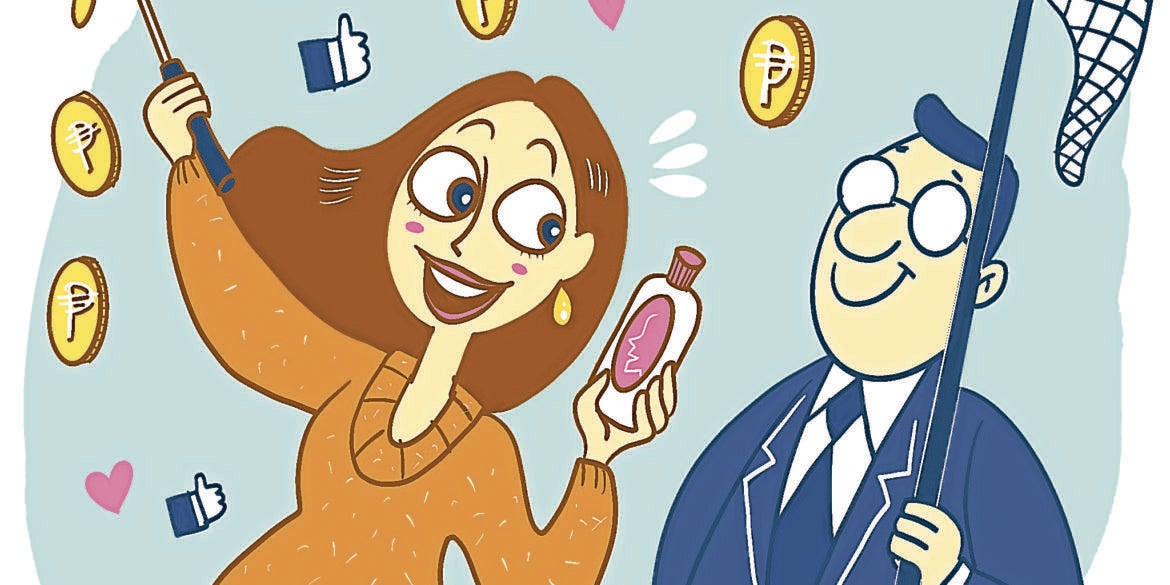 P150K per post: Why the BIR wants influencers to pay up

The sudden shift to a stay-at-home lifestyle has been a boon to content creators, with brands allotting a sizable portion of their budgets to influencer marketing

Social media influencers have always been hot topics on the web, but since last week, the e-celebs are trending not because of their posts or some new dance craze or TikTok challenge.

The Bureau of Internal Revenue (BIR) recently reminded social media influencers—at least those who use their online clout to earn income—to register and settle their tax obligations.

The government’s revenue collector issued earlier this month a 10-page circular clarifying “the tax obligations of all social media influencers, individual or corporations, with the end goal of raising revenues from their undeclared income.”

“Vloggers” (video bloggers), bloggers, podcast hosts, streamers and others who are able to earn income through their social media platforms are covered by the circular, according to the BIR. The income, which may be in cash or in kind, is derived from services.

Social media influencers, by definition, are internet celebrities. They are their own brands. They could have a strong Instagram game or they have reliable skincare product reviews. They could either do travel vlogs, mukbang (livestream of a person eating), house tours, or even host a podcast.

Most of all, social media influencers have throngs of followers or subscribers who have strong emotional investment in their uploads.

These internet celebrities have understood the algorithms of their platforms. They know which topics and trends would earn clicks and hearts, making them reliable and effective endorsers for brands.

“There are many ways to work with content creators, and a lot of it really is about synergistic collaboration,” said Jules Veloso, a public relations practitioner from JDVM Marketing Communications and influencer marketing agency In Circle.

“Brands like working with them because of their tremendous talent in humanizing the brand, in telling brand stories that effectively resonate with their audience, in driving interests, engagement talkability for the brands and, lately, in converting sales. Brands know how to best leverage that,” Veloso added.

It’s these qualities of influencers that make them sought-after in brand promotion.

Toni (not her real name), a publicity professional who works closely with content creators, said that before the pandemic, brands already allocated a sizable slice of their marketing budget for influencer spending.

“Even before the pandemic, they were slowly catching up or eating up the rest of the pie, but especially now during the pandemic, I would say for some brands, that’s what they are focused on,” she said. “Almost 100 percent of their marketing budget goes to influencer engagement. And then you have other brands, those who have bigger budget allocation and are doing well despite the situation, they would still have a balance in terms of mainstream media and influencer engagement, or even with ads.”

Veloso said more brands have tapped influencers for marketing in the past five years. The sudden shift to a stay-at-home lifestyle, and the shutdown of network giant ABS-CBN, are just some of the things that contributed to the rise of influencer marketing.

“Now more than ever, brands are beginning to realize the value of content creators. While Filipinos are spending more time on social media, their attention span is getting shorter, and that is where many content creators thrive,” Veloso added.

The BIR even acknowledged this seemingly indispensable role of internet celebrities in marketing and campaigns.

The rate of those whose followers fall under six digits, meanwhile, is between P25,000 to P40,000. There are also nano influencers who cover niche hobbies and are famous in their own circles. They are usually given gifts or honoraria.

The negotiated rate is already the net, Toni added.

Veloso said that multiple factors are taken into account with the cost of influencer marketing. There’s the campaign’s audience reach, which boils down to the number of followers and subscribers. The cost also varies depending on the scope of work—a post on Instagram, a livestream, event appearance or a video each command different rates.

A lock-in period is also factored in the costing, she added.

Alex (not her real name), a content creator behind a social media account devoted to food, charges around P85,000 for a sponsored video uploaded to different platforms. In an interview with Lifestyle, Alex said that the rate might go up, depending on the complexity of the dish.

A lot of work goes into the production of each video, and sometimes she consults with chefs in developing recipes.

Most of the content on Alex’s account is unsponsored, meaning that expenses come out of her own pocket. But she and her consultant had to find a way to make the account more sustainable to be able to support her advocacies. That’s how she ended up with brand partnerships.

Alex said that she had registered with the BIR long before the reminder was issued to be able to do business with brands and companies. She has also hired an accountant to help her with her taxes.

“I’m all for it. It’s only right to pay taxes that one owes. We (our team) have to do things legally so we have registered and we are paying our taxes,” Alex said.

It’s not just Alex who has her paperwork in order.

Majority of social media influencers are now registered, and issue official receipts, according to Toni. Sometimes, there are instances when an influencer is hired for a one-time engagement and is able to negotiate a good amount, and the influencer would ask if they could issue an acknowledgment receipt instead.

Aside from income tax, the circular added, “social media influencers are also liable for business tax, which may be a percentage of VAT (value-added tax).”

BIR Deputy Commissioner for Legal Group Marissa Cabreros clarified that even if the withholding tax was already deducted from the fee, that is not the final taxation yet.

If the taxpayer fails to comply with the tax code, Cabreros said that the BIR could file a criminal case, which could lead to penalties or jail time.

The BIR said that it has directed its district offices to conduct an investigation on influencers in their area.

An organization of content creators, influencers and marketers in the Philippines welcomed the circular, adding that the agency was also able to provide an overview on the regulations relevant to their members.

It added: “We view this circular as an opportunity to exemplify the importance we give to paying taxes, and show others that we view it as a patriotic duty that any responsible citizen should fulfill,” Creator and Influencer Council of the Philippines (CICP) said in a statement.

Veloso said that while there were content creators who were surprised by the circular, they were keen on understanding the reminder for compliance.

“I think this BIR circular brings greater attention to the responsibility that comes with monetizing your platform. Right now, there is a need to facilitate these conversations between BIR and the community of content creators because there are more questions than answers, especially from young influencers,” she said.