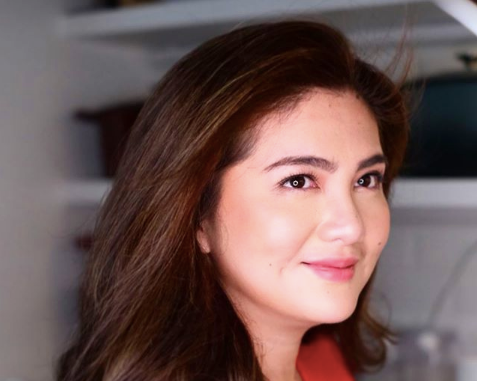 Dimples Romana looks back on turbulent first years of her marriage

Actress and businesswoman Dimples Romana could not help but be ecstatic over an upcoming collaborative project with popular motivational speaker Bo Sanchez, which she describes as an “answered prayer.”

While she’s excited about the project, it led her to reminisce on her family’s journey for their first 13 years, which she remembered to be very difficult, as per her Instagram page today, Sept. 5.

She recalled the days when she and her husband Boyet Ahmee almost went their separate ways because they were fighting everyday.

“We only spoke to each other when we had something hurtful to say to one another, parang sukang suka na kami sa isa’t isa (it was like we really cannot stand each other anymore),” she said.

What’s worse is that their daughter Callie had to witness their fights, which also hurt the kid.

“Boyet and I were lost and just plain tired from fighting each other every single day for the FIRST 13 years of our marriage,” she noted.

“Lord, pagod na kami ni Boyet, parang [wala] na kaming pagmamahal sa isa’t isa. Wala ng respeto at [wala] na akong nakikitang paraan na maayos pa ito,” he recalled herself praying. (Lord, Boyet and I are already very tired. It’s like we no longer have love for each other. There’s no more respect and I could no longer see a way for us to fix things.)

She then made a promise that if God would help solve their marital woes, she will make sure that they will give testimony on how they were saved “FROM GIVING UP on each other.”

Romana shared that God’s love “tested us, humbled us, taught us that no matter how hard we tried, OUR MARRIAGE WILL ONLY SURVIVE if we LET HIS GUIDING LIGHT carry us through.”

The actress first teased the partnership to her fans last Aug. 20, where she shared a screenshot of a Zoom meeting. JB