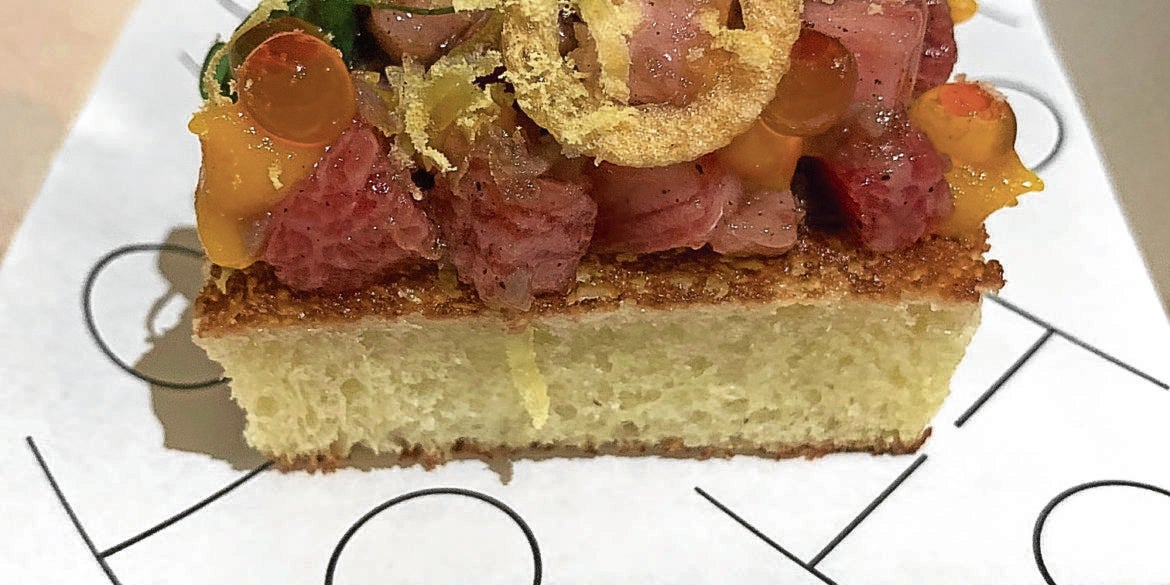 Toyo Eatery takes part in ‘loudest’ dinner of all time

This year’s Grand Gelinaz! Shuffle event was named ‘Silent Voice’ to pay tribute to the chefs and restaurants that were hit hard by the pandemic

From 25 chefs putting their own spin to a single 19th-century recipe back in 2013, followed by a string of restaurant takeovers (Copenhagen’s Noma was converted into an Asian buffet by Mission Chinese in 2015), now the Grand Gelinaz! Shuffle features hundreds of chefs all over the world recipe-swapping for a special one-night-only engagement.

The Gelinaz! has evolved into an international culinary event that not just builds and strengthens communities, but also allows chefs and diners alike to learn more about different cultures. It’s a worldwide food performance where chefs stay at home and swap their recipes for one day.

Said to be named after Italian chef Fulvio Pierangelini and the English virtual band Gorillaz, the Gelinaz! has each participating chef creating a multicourse menu based on the matrix handed to them by the organizers. There’s no mention of what restaurant it will be from, just a rundown of ingredients or flavor hints to derive inspiration from.

Toyo Eatery was fortunate to have been selected to join the event back in 2019. The theme was “Domosophism: The Art of Staying at Home.” 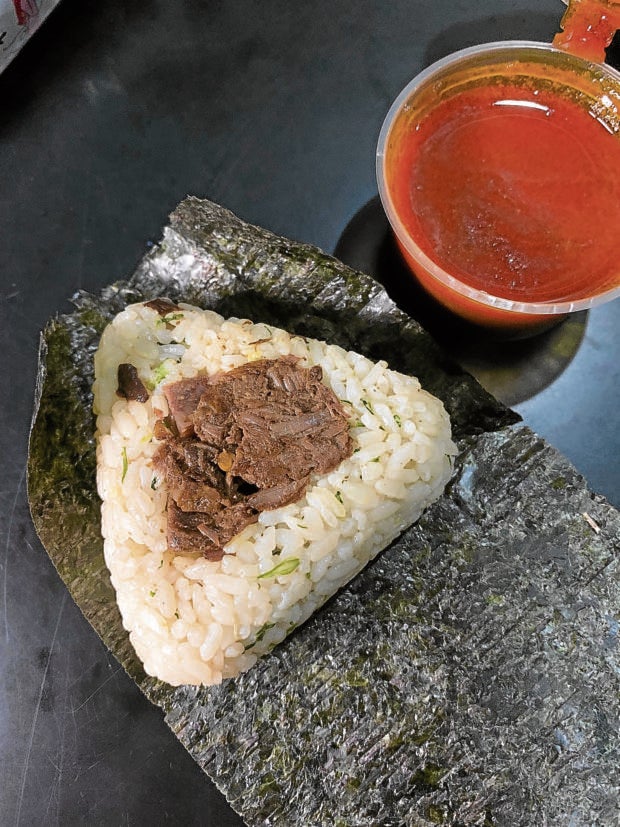 “It was fun and challenging for the entire team, not just in making a menu, but also creating a whole experience around it. Because that’s what Gelinaz! is: an experience,” says Toyo chef and owner Jordy Navarra.

It was revealed later that evening that the restaurant whose menu they interpreted was Loco by Alexandre Silva, in Lisbon, Portugal.

It should’ve been easy for Toyo to execute the same process for this year’s shuffle since it was not their first time. Well, not quite—because of the country’s current dining restrictions, which prohibits dine-in.

Navarra and his team were forced to turn the event on its head and find a way to roll out the concept while taking COVID constraints into consideration. 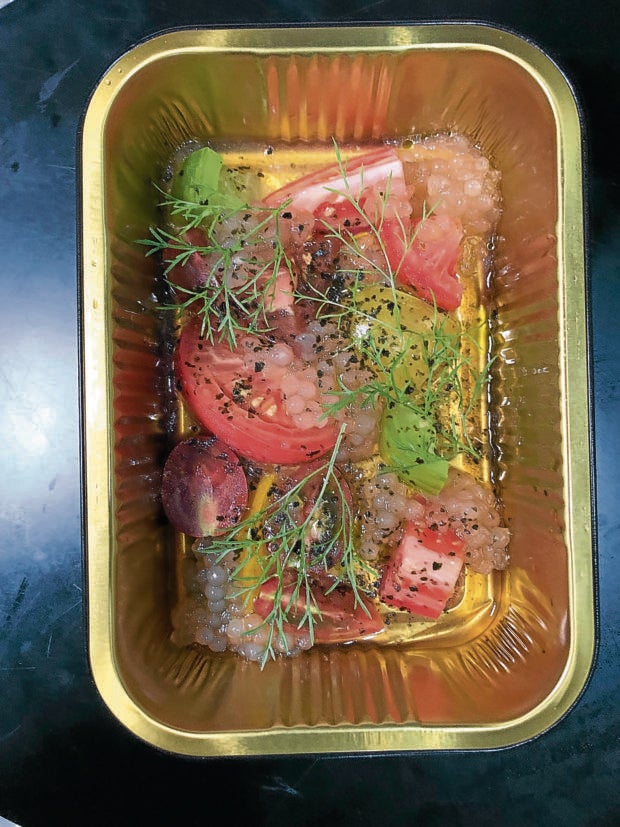 “Gelinaz! has always been about thinking, processing, cooking and experiencing out-of-the-box ideas,” says Navarra. “We took this as a challenge and opportunity to create a different experience.”

On Aug. 29, Team Toyo, with the help of other local chefs and mixologists, served over 80 guests by way of drive-through and takeout.

Customers were assigned time slots that ran from 2 p.m. to 6 p.m. to avoid crowding at the Karrivin Plaza in Makati. While in their cars, guests were led right outside Metiz to get one of two drinks by Jericson Co—a cold brew with zero-proof Amaro, and a white peach slushy with zero-proof Campari.

They were then asked to park at slots across the Artinformal studio, where the first four courses were served, to be eaten inside their respective cars.

Margarita Forés started the eight-course repertoire with a Wagyu galbi tartare that sat on a beef fat brioche dotted with fermented carrots and a tare made of biti, which is the dried salted swim bladder of the abo fish.

It was followed by Navarra’s tofu, caviar and crumble number, and the Toyo team’s uhmook, mackerel and gochugaru prawn skewers that came with a warm cup of sesame tinapa broth.

The fourth dish was prepared by JP Cruz, who had slices of abalone in a pool of gochujang and silky sauce made of pili.

Guests were then asked to step out and walk over to Toyo Eatery to personally claim the rest of their meal (it was delivered to those who preferred to stay in their vehicles). Each customer was given a takeaway box and asked to proceed to the chefs who explained and gave them their food.

Wildflour chefs Allen Buhay and BJ Mantuano devised both of their dishes to accommodate the fact that the food would be in transit and consumed cold. Buhay’s creation was composed of wedges of heirloom tomatoes and tapioca that sat on a gelatinous bed of soup stock, while Mantuano’s was bibim guksu, a cold Korean noodle salad with chopped Asian pears, shiso leaf and ikura.

For his turn, Bruce Ricketts, who had a rice bowl for a matrix, made two types of onigiri. The first was more of a classic rendition (pepper rose with perilla and citron), while the other was more playful, taking insight from the Mexican birria (braised beef cheek dipped in a gochu-guajillo broth).

In line with the theme, every box was cloaked in a colorful bojagi, which is a traditional Korean wrapping cloth.

Before heading out, guests were asked to pick up their dessert of Palawan honey ice cream with roasted peanut ice and jelly, and a black bean miso caramel. It was prepared by Stephan Duhesme.

This year’s Gelinaz! was named “Silent Voices” to pay tribute to the chefs and restaurants that were hit hard by the pandemic. The founders wanted to give them back their voices and, for everyone involved in this worthwhile endeavor, to produce the “loudest” dinner of all time.

Toyo definitely delivered their part in this.

Their menu was revealed once the service was done. It came from Maum, a fine dining Korean restaurant in the Bay Area ran by husband-and-wife Michelin-star chefs Michael and Meichih Kim. It closed down last year to make way for a retail operation, selling pantry staples and prepared foods out of its downtown Palo Alto space. INQ