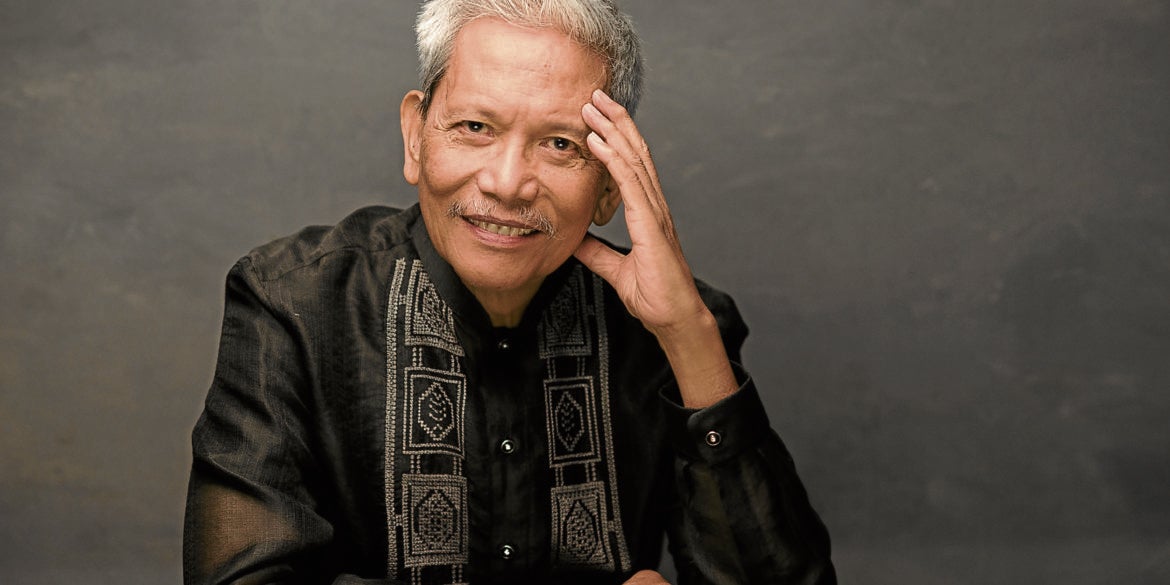 The quiet legacy of Mario I. Miclat

The writer, educator and family man, who died in April due to COVID-19, leaves behind a colorful life and a set of new books

Anyone who has ever met the writer Mario I. Miclat will remark on his politeness, his quiet presence, but also his deep interests in scholarship.

A random conversation with him over a meal would easily turn into a deep dive into (his CV and personal experience will bear this out) China’s contemporary, modern and ancient society, economic development, governance, culture, literature and the arts, Philippine society, culture and the arts involving primary sources from the earliest possible times to the contemporary period, translation of literary works (in Filipino, English, Chinese), creative writing (awards in poetry, short stories and essays in Filipino and English) and Filipino sociolinguistics. And it would be one of the most pleasant conversations about those topics you’d ever have before he would excuse himself to go home to his family.

And yet when Mario died on April 3 due to what his wife Alma Cruz Miclat disclosed was “COVID pneumonia exacerbated by myocarditis and fatal arrhythmia” at the age of 71, it caught friends and fellow writers by surprise.

Because, despite his polite ways and scholarly manner, Mario had endured and survived more in his lifetime that other people could imagine. He had survived exile in China due to martial law, the death of a child and many health problems long before his death.

From Marikina to Beijing

Mario Ignacio Miclat was born Sept. 12, 1949, in Marikina, but grew up in Olongapo, where his father worked at the American Navy Exchange as its first Filipino manager, and his mother the first Filipino nurse at the US Naval Hospital. He earned his BS in Foreign Service, MA in Asian Studies and Ph.D. in Filipino from the University of the Philippines (UP) Diliman.

It was a time of important activism, including Mario’s involvement with the communist movement. During one of Mario’s lectures in Diliman, he and Alma met. In his foreword to Alma’s 2015 book, Mario describes the moment perfectly: “Suddenly you were there, listening to my lecture under a spreading acacia tree in Diliman. And my sight was nailed on you, as we say in Tagalog. From then on, no weeping willows, sky-rocketing maples, evergreens, chestnuts, apple or tangerine trees in Beijing, Liuyang, Talian or Tsingtao, Tirana or Pyongyang could separate us.”

It was a lifetime commitment. “When the Communist Party of the Philippines assigned me with five others to man its permanent delegation to Beijing, I went together with my pregnant wife Alma,” he wrote.

Mario and Alma would stay in China, where he would serve as foreign expert in the Ministry of Radio, Film and TV from 1971.

Alma recalls, in another essay: “Exiled in China, Mario’s application for a passport at the Philippine Embassy in Beijing was denied by the Manila Foreign Affairs office. He was unable to be with his mother who was brought home to be buried. It would take two more years, when the Edsa People Power Revolution triumphed, before he could visit her grave in Olongapo City.”

Finally, in 1986, Mario and Alma returned to the Philippines with two bright, talented treasures, daughters Maningning and Banaue. Mario was always the introspective one; Alma, or “Nanay” as he called her (he, of course, was “Tatay”), was the gregarious extrovert who entered the business world.

Mario—known fondly as “Doc Mic”—was put to work immediately at UP as professor of Asian and Philippine Studies in 1986, and as dean of the Asian Center from 2009 to his retirement in 2011 as full professor.

All this he did while dealing with a plethora of health issues, none greater than the quintuple heart bypass he had to undergo in 1998. It was touch-and-go—and he endured.

“I searched my memory, and remembered me saying while I was profusely bleeding, ‘Supreme Lord of the Universe, I am sure you know my wife Alma, a strong-willed woman, and my two talented daughters, Maningning and Banaue. Perhaps my continued existence in whatever form would add beauty to our little garden in Antipolo. Alive, I could write my book in my library there. As ashes, I could help fertilize our atis, suha, papaya trees and orchids. Thy will be done.” This was in a lovely essay where he spoke about his hate-love relationship with a chest pillow for bypass patients he nicknamed “Peachy.”

Alma writes: “For the next 23 years, he wrote books, taught, lectured, did research and administrative work, lived and loved.”

Listing his achievements and appointments here would be a fool’s errand, as he simply won everything. There were the books, among which he would probably be most proud of, first, the 2010 novel “Secrets of the Eight Mansions,” a somewhat semiautobiographical tale of China and the Philippines and the ruthless Cultural Revolution and the New People’s Army, the armed element of a movement gone wrong. The other book would have to be 2006’s “Beyond the Great Wall: A Family Journal,” written by his family, which won the National Book Award for Biography/Autobiography. 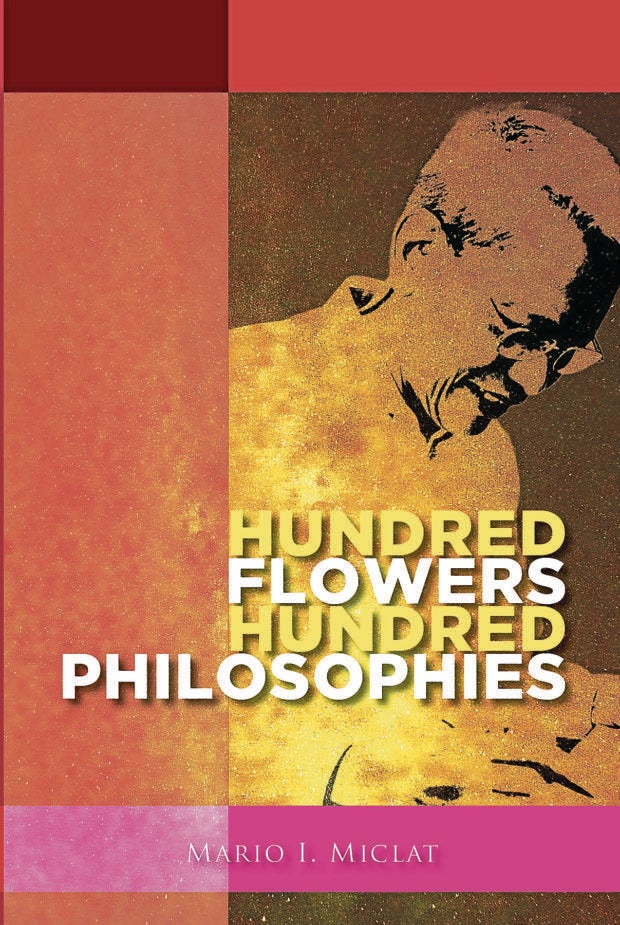 If there was one book which he wished he didn’t have to be part of, it would have to be “Beauty for Ashes: Remembering Maningning,” which he coedited with Romulo P. Baquiran Jr. in 2001. This was after the tragic suicide of Maningning at the age of 28 in 2000.

But Mario endured that as well. Out of that emerged Maningning Miclat Art Foundation Inc. (MMAFI) which annually holds the Maningning Miclat Awards, which rotates poetry in the three languages Maningning spoke (English, Filipino, Chinese) and painting, which she adored.“Even as his frail health brought him in and out of the ER and ICU of the Philippine Heart Center, he never flinched,” Alma writes. “He never stopped doing what he loved best. He may have been slowed down by chronic heart ailment and stroke, which left him with temporary memory loss, immobilized him for more than three months, and impaired the right peripheral vision of both eyes. But he carried on, wearing the badge of courage and determination until his last breath.”

He was made proud by daughter Banaue, who would go on to be a versatile and respected thespian in the country, as well as an influential teacher. As Banaue Miclat-Janssen, she also gave Mario his favorite playmate in his last years, grandson Raja.

He also never stopped pondering the nature of what makes us Filipinos. “[Jose] Rizal saw our weaknesses and exposed them so that we could have a better future. He dreamt of a progressive country a century from his time,” he wrote in “Quo Vadis, Filipinas, 150 Years After Rizal’s Birth?” “A hundred fifty years after his birth and 115 since his death, we hope that through a collegial body of intellectual peers, we may start the first honest steps toward the fulfillment of his, nay, our, dreams.”

He pondered the life he had lived. “In such anticipation, every second grows so much longer, engulfing the whole of my life in all its 50 years or so. I am back to escaping air raids at the foot of the Caraballos; conducting a Marxist school and running a Maoist press in Central Luzon; climbing guerrilla camps in the Sierra Madre; hiding underground publishing networks in Baguio, San Miguel, Parañaque and Quezon City; living an elite life in Beijing mansions; laboring like a slave in Hunan; being put under house arrest by Philippine communists for condemning the Plaza Miranda bombing and the Karagatan/Doña Andrea projects; beaming shortwave broadcasts in Filipino; writing poetry, stories and essays; teaching, lecturing, doing research; building a family to be proud of. The messages remain mixed. My life is reduced to a trifle, to insignificance.”

Then came COVID-19. “Stuck with a routine of early morning walking and exercising at the rooftop of our condo and being cooped up at home, Doc Mic was able to finish his novel, a collection of poetry in English and Filipino, and this collection of essays,” Alma writes.

Ironically, the very same thing that gave him the time to finish the books he still had in him would finally quiet the fierce ideology and seemingly invincible will on April 3.

Now comes the time to take stock of a quiet genius’ undiscovered output. MMAFI, in coordination with Filipinas Institute of Translation and the UP Diliman Chancellor’s Office, will be coming out with a commemorative set of three books by Mario. 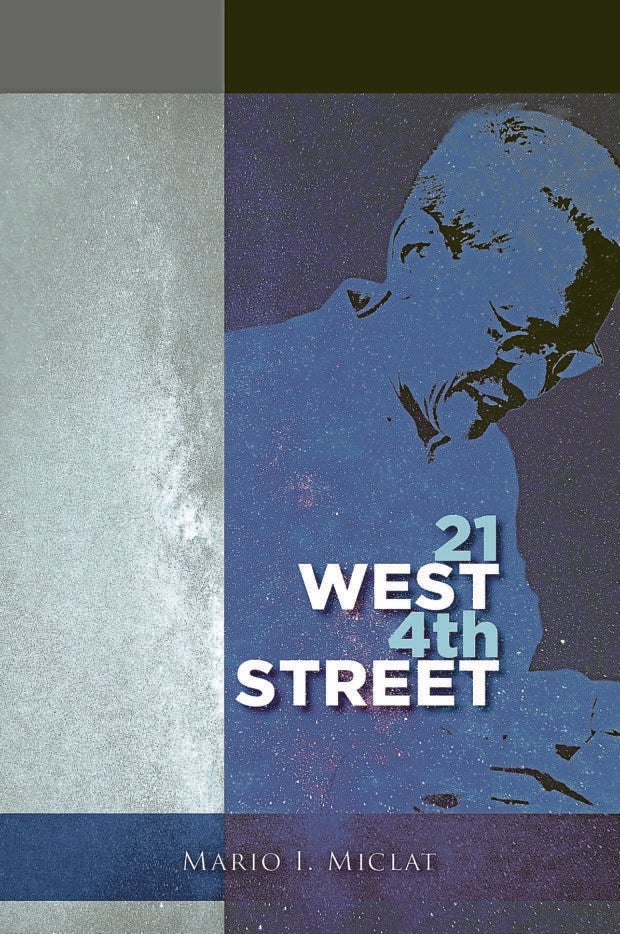 The set includes a book of poetry, “Kailan Diwata at 70+ na Tula,” with an introduction by National Artist for Literature Virgilio S. Almario. The book of essays, “Hundred Flowers, Hundred Philosophies,” features a foreword by National Artist for Literature F. Sionil Jose. The third book is a novel, “21 West 4th Street,” finished right before his death. Much of the writing attributed in this article to Alma came from her introduction to “Hundred Flowers.”

A limited hardbound collector’s edition of 300 sets of the books will be launched on Sept. 12 in celebration of his 72nd birth anniversary, along with this year’s Maningning Miclat Poetry Awards, all via Zoom.

“We’re already preselling the memorial edition of the hardbound set but delivery will be by October due to ECQ (enhanced community quarantine),” Alma explains. The sale of the books will benefit MMAFI—but will also stand as testament to a lifetime’s work of nonstop scholarship and writing.

After such a life, Alma does not seem to have many regrets save one: “And I’m really sorry for Raja that Tatay’s life is short and he won’t be able to see him graduate, which was what he was hoping.”

And Raja represents the future that Mario always pondered. In one essay, Mario worries: “There are struggles and struggles throughout history—national, ethnic, gender, scientific, intellectual, moral, spiritual, religious … I believe, however, that our country’s history … has always been a history of individual dreams merging into something greater—a history of nation-building, economic pursuits, pride of place and trying to grasp life’s meaning.”

And now, Mario Miclat may have ended his mission to create, to educate and to love, and perhaps the time to love him back begins for those who did not know him. It is as Alma writes in the introduction to “Hundred Flowers, Hundred Philosophies”: “Perhaps through the publication of this book, the birth of which the Supreme Lord no longer allowed Mario to witness, we can not only grasp life’s meaning. We may be able to find it. And then we can say, Doc Mic, your life is not reduced to a trifle, to an insignificance.”

The Mario I. Miclat commemorative edition, limited to 300 hardbound copies, may be ordered by emailing [email protected] or [email protected]; tel. 0918-9057311. Each set comes with a special cloth bag and costs P3,000. 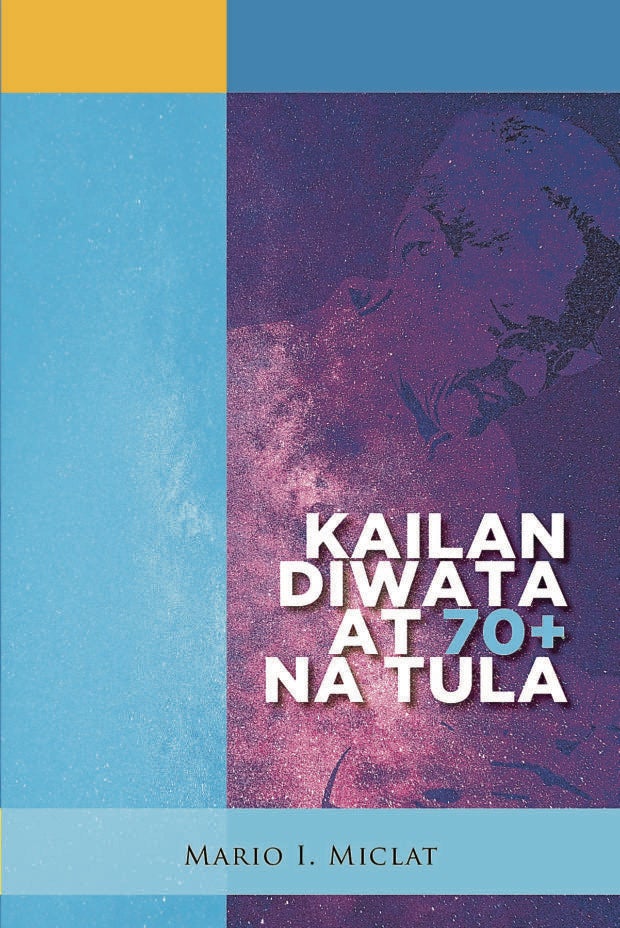