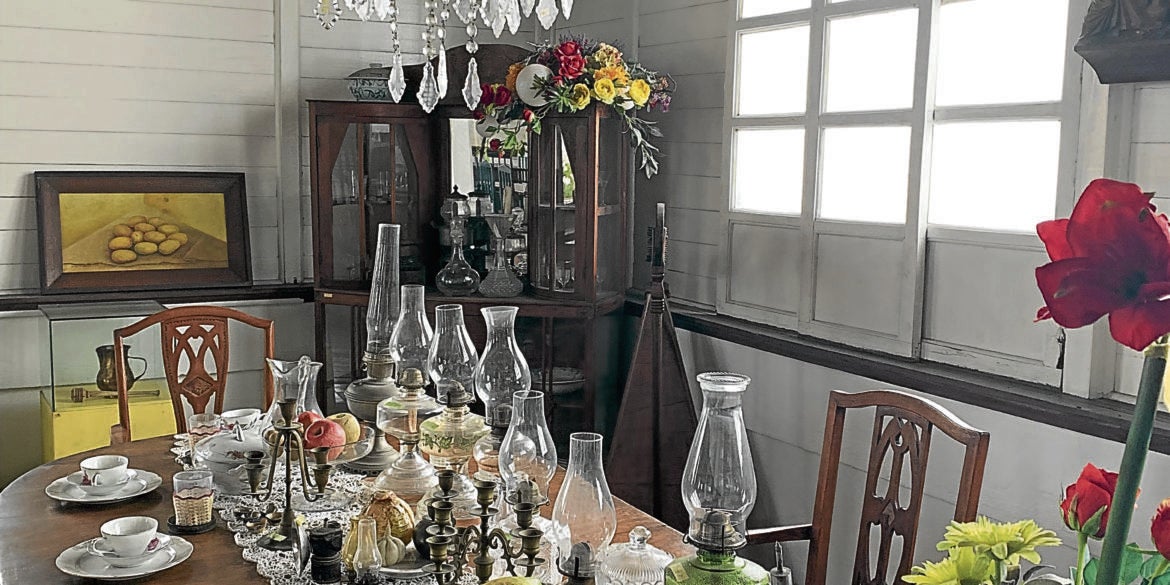 The great (half-day) escape to Angeles

There’s a new series on Netflix about a Japanese salaryman who takes off on short solo road trips on weekends where he discovers restaurants on the verge of closing down. I’ve only seen the first episode of “The Road to Red Restaurants List” that struck me as maudlin and heavy-handed in terms of treatment. The general sentiment, however, was recognizable, relatable and real.

After over a year trapped in a never-ending lockdown, any chance to get out of the city if only for the day is welcome and very much appreciated. So far we’ve driven up to Tagaytay for brunch at Breakfast at Antonio’s, followed by coffee and dessert at Balay Dako—both incidentally owned and managed by chef Tony Boy Escalante. We could’ve gone home right after, but the weather was perfect and we had a view of the lake, so we lingered and chatted some more.

As the sun dipped and the temperature dropped, we thought, “Why not move to another place and end with dinner of bulalo?’” That part should have been skipped entirely as the beef was tough and the broth too salty, but we were outdoors and among friends; it was too good to pass up.

Last month, we took another road trip, this time to Pampanga, the country’s culinary food capital, and we were “more” prepared.

I have written several times about Pampanga food, but always as part of an assignment where the hosts chose where to bring us and what dishes to sample. More often than not, the restaurant owners have been apprised of our arrival and tended to pull out all the stops. This time we were paying our way and could choose what we wanted to eat. We would also know how regular customers were treated.

Our first stop was a late lunch at Mila’s Barbecue next to Nepo Quad in Angeles. Instead of sisig—which we had decided to put off for later—we ordered their signature barbecue tocino, tokwa’t baboy and pako salad (fiddlehead fern). Our food arrived within minutes and everything was delicious.

The tocino had a slight char but was juicy and flavorful. We dipped it in the spiked vinegar of the tokwa’t baboy that was nicely plated and not just dumped into a bowl. Strips of gelatinous pigs’ ears were paired with crisp tofu. Chopped celery was a nice surprise that added crunch to what is often considered basic bar chow.

Even the salad was carefully considered. Only the tops of the fiddlehead ferns were included—none of the tough, older stems—and over it was thin slices of salted eggs. Lunch for three (no drinks, as we brought our own Klean Kanteens full of ice water) came to a grand total of P785—with several sticks of leftover tocino barbecue.

Need a palate cleanser? There are several stands of the same brand along the perimeter of Nepo Quad. Gill’s coconut sherbet has been around for over three decades and now offers ice cream in flavors ranging from langka (jackfruit) and avocado to lychee and cheese corn.

Next was a peek inside the Museo Ning Angeles across the Sto. Rosario Church, both located in the city’s heritage district. The museum served as the courthouse during the Spanish occupation. There is even a small prison cell that has been converted into an air-conditioned office.

The first floor houses dioramas featuring provincial life at the turn of the century and a small exhibit area, while the second floor has a table set for dinner and an open area that can be used for small events and receptions. Pandemic restrictions, however, have forced the museum to close until the end of the year.

We crossed the street and said a short prayer in the massive stone church that is undergoing refurbishing. The altar features a giant sunburst made of silver rays encircling the image of the Virgin Mary holding the Infant Jesus in the crook of her left arm.

Dinner was at Annie Bea’s, a local favorite where we tried their sisig and bistek kalabaw (carabeef). The covered turo-turo has an air-conditioned area, but most locals prefer to order food for takeout. Designer Marlon Tuazon, whose shop is located across Nepo Quad, said that even if there are many other places nearby selling sisig, he only orders from Annie Bea’s.

Now that’s a tip worth remembering on your next food trip.