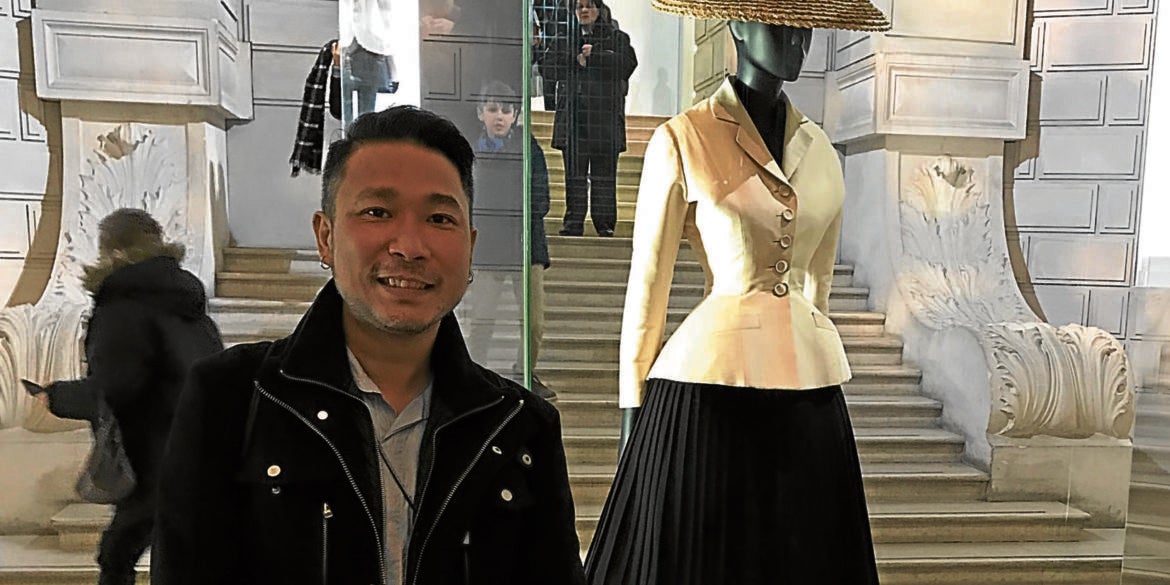 Edwin Ao: Painting his worries away

Cebuano fashion designer Edwin Ao has been making made-to-order clothes for clients since the ’90s. To ease his anxiety over the COVID situation, he picked up a brush and painted away in his studio.

“People are dying of COVID just in front of my gate, so I unearthed my watercolor and revisited painting; it has been therapeutic,” he told Lifestyle.

Despite having no comorbidities and being fully vaccinated, Ao, who’s in his 40s, felt awful, and had to channel his creativity into something else, since fashion orders were significantly less, with social gatherings restricted. “I enjoy doing menswear—tailoring—done in neutrals and black, not so much with color,” he said. “For women clients who are mostly my age, I do casual and formal separates for occasions such as weddings.”

Ao was a finalist in Mega Magazine’s Young Designers Competition in 2000. Since then, his designs have been shown in Paris, Singapore, Bangkok and Tokyo.

Ao got into painting abstracts. He starts with his favored black and gray palettes, and gradually adds colors “layer by layer,” depending on his mood. The process, he said, is like fashion design, “in terms of composition.”

In contrast to the clothes he designs in muted earth tones, he uses more vibrant colors in his small-scale acrylic pieces that he posts on Facebook for fun.

“Luckily, my clients have been messaging me, saying they wanted to buy my paintings because they were inspiring,” he said.

Ao has a painting background, if only as a requirement to finish his fine arts course (major in advertising arts) at the University of San Carlos in Cebu City.

“It was the closest course to fashion design at that time,” Ao said. “I had painting subjects for four semesters because it was part of the curriculum. I did still life, drawing, the basics.” Back then, he was already interested in painting but didn’t commit to it, because he got busy with work and “clubbing.”

“I would see my classmates doing portraits and sketches, and I was like, ‘Why can’t I do that?’” Ao said. He realized later that his heart was in abstraction. In a way, his background in fashion helped his painting, in the same manner that his fine arts knowledge helped in his fashion design, he said. “I have learned that in fashion and art, it’s . . . about learning the correct proportions, the elements and principles of design,” he said. His artworks are also fueled by “the feeling of being spontaneous.” Designing clothes requires knowing the personality of the client before drawing a sketch and making a dress, he said. Elements can be highlighted and details can be added later on. Same with painting, since he starts building a “base” before adding details.

His art is also inspired by a longing to travel.

Ao made sure to visit museums whenever he was abroad before the pandemic, and he was most inspired by the pieces he saw in Paris and London. He lists Picasso, Basquiat and Kandinsky as his influences.

“I also like the work of British artist Francis Bacon,” Ao said. “Looking at their works inspired me. Seeing up close those masterpieces made me come back to the Philippines filled with creativity.” While in Paris in 2017, he lined up alone for hours at the historic Louvre Museum to see the “Christian Dior: Designer of Dreams” exhibition. His companions went to the Palace of Versailles, a former royal residence popular with tourists, but he just couldn’t give up the chance to see the “once-in-a-lifetime Dior exhibit.”

The biggest artwork he has done so far is a commissioned 25 x 40-inch triptych that he worked on last year throughout Christmas and New Year. He would also compare his recent works to previous ones to improve on detailing.

“I study my progress. I initially used primary colors and now I am using more colors and different strokes, compositions and lines,” he said. “That’s also how I improved in fashion. I would sew more or add fabrics to make the clothes better.”

Ao has also been teaching since 2006 at Cebu Institute of Technology-University, covering history of Asian and Western art, multimedia publishing, and brand communications.

“Teaching a younger generation and being able to mold their creativity is rewarding,” Ao said. He admitted to being a “very strict” teacher who used to close the door to latecomers.

He’s been a bit more forgiving during Zoom classes when connectivity can be tricky, he said, because not being able to teach in person has also been a difficult adjustment for him.

“I am thankful that I have a teaching job since there are few orders in the studio,” he said. Around this time, pre-pandemic, he and his small team of tailor, sewer and finisher would be busy making four to six special clothes per week leading up to the holidays.

“I miss ‘yung nangangarag,” he said. “May to June was also a peak season for weddings.”

Ao said he has finished about 50 paintings so far and plans on properly cataloguing his works. He is open to joining group exhibitions with his smaller paintings.

“I enjoy painting. I also enjoy fashion, but painting is a different level of enjoyment,” Ao said. He is excited to produce more art in his studio, and listens to ‘90s music by Goo Goo Dolls, Gin Blossoms and Boyz II Men while he paints his worries away.