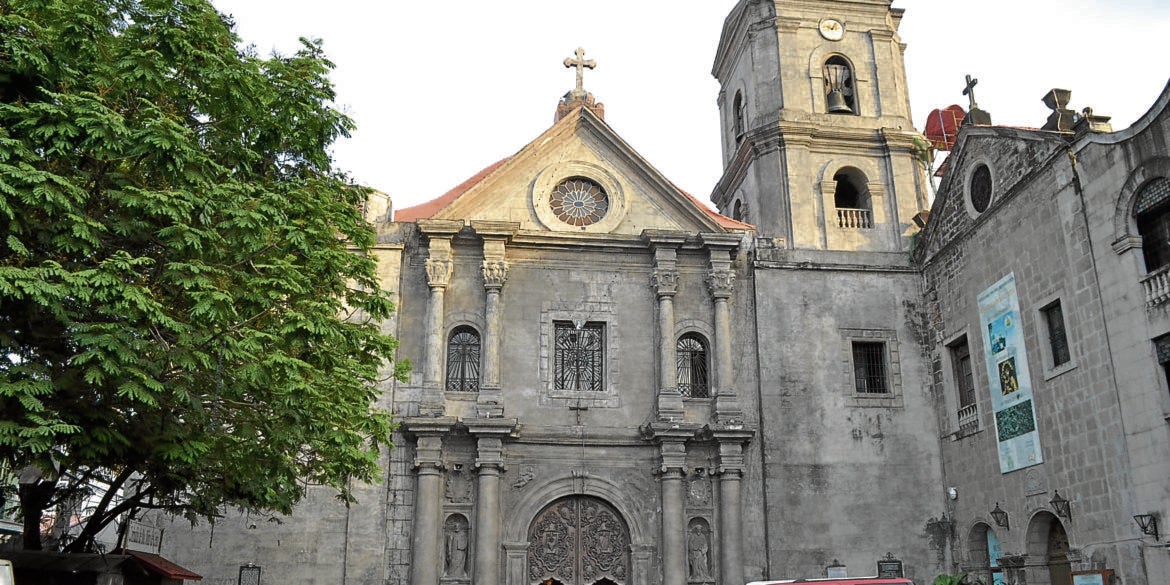 The construction of Binondo-Intramuros Bridge, which encroaches on the buffer zone of San Agustin Church, might lead to the delisting of the churches from the World Heritage list

In the recent China-hosted World Heritage Committee (WHC) online convention, the United Nations Educational, Scientific and Cultural Organization (Unesco) praised the Philippines for coming up with key documents in relation to maintaining the outstanding universal value (OUV) of the Baroque churches of the Philippines inscribed in the World Heritage list in 1993.

The OUV, according to Unesco “means cultural and/or natural significance which is so exceptional as to transcend national boundaries and to be of common importance for present and future generations of all humanity,” defined in 10 World Heritage criteria—six for cultural sites and four for natural sites.

Failure to meet these criteria means noninclusion of a nominated property into the World Heritage list.

The documents—conservation management plan (CMP), heritage impact assessment (HIA) and archaeological impact assessment (AIA)—were crafted by national cultural organizations in relation to the ongoing construction of Binondo-Intramuros Bridge (BIB), which encroaches on the buffer zone of San Agustin Church in Intramuros, part of the serially inscribed Baroque churches, which include the churches of Paoay in Ilocos Norte, Sta. Maria in Ilocos Sur and Miag-ao in Iloilo.

The CMP is the guiding document in the conservation of heritage sites, while the HIA and AIA are being undertaken to determine if an intervention, or projects to or adjacent to the existing heritage structure or its environs, will affect the site in a number of ways, and if it will affect possible archeological materials on the site.

In Intramuros, an AIA is needed since it is a known archaeological area.

Based on the documents, there are no significant archaeological materials that could beef up the OUV of the property and the project is not seen to visually affect San Agustin Church due to its location, about 550 meters away from the church. The pedestrianization of a number of streets in Intramuros, structural assessment and changes to public spaces, design change for the bridge approach in Intramuros, and regular monitoring and maintenance of the inscribed property were suggested, however.

These documents were submitted to WHC in December 2020 and were technically reviewed and analyzed by WHC, International Committee on Monuments and Sites (Icomos), and International Centre for the Study of the Preservation and Restoration of Cultural Property.

In the decision obtained by Lifestyle, WHC notes that “significant potential indirect and long-term impacts have been identified as resulting from the two phases of the project: the construction of the bridge and its eventual visual presence and operation.”

WHC also pointed out that upon completion of the bridge, which is targeted for later this year, Intramuros could be impacted by more ground vibration due to passing vehicles, air and noise pollution, and traffic issues which could compromise San Agustin Church.

The decision also notes that “although BIB would be more than 500 m away from San Agustin Church, it would have a direct visual impact on the overall setting and sense of place of the property, including the colonial city’s fortified wall, as well as the Maestranza strip and Plaza México, the visual corridor of Pasig River and the underlying remains of Baluarte de Santo Domingo, which will be directly and physically impacted by the Intramuros portion of the bridge.

“In light of the HIA’s conclusions regarding the negative impacts on attributes of OUV, including vistas, view sheds and the setting of the property, which could only be partially mitigated by implementing costly mitigation measures, it is recommended that the committee request the State Party to reconsider the design of the bridge, its location and the possibility of a ‘no-project option,’ and notably consider converting the surrounding streets and roads of San Agustin Church into pedestrian areas, conducting structural assessment of the church and adapting the design of the bridge approach to the character of Intramuros,” added WHC in the decision.

Apart from these, WHC also ordered the Philippines to revise the HIA, AIA and CMP, and requested the country to provide more information on the planned reconstruction of Baluarte de Santo Domingo, which used to stand in the area of the Intramuros side of the bridge.

“Finally, it is recommended that the committee encourage the State Party provide accurate information to the public on the project and communicate with stakeholders, including heritage experts and local communities, to develop a robust management structure and ensure the conservation of the property,” giving the Philippines until Dec. 1, 2022, to submit the updated documents plus the updated state of conservation report which will be discussed during the WHC 46th session in 2023.

With these developments, the Baroque churches of the Philippines may still be placed on the World Heritage in danger list, which could lead to their eventual delisting, just like Dresden Elbe Valley, which was delisted in 2009 due to the construction of Waldschlösschen Bridge, which greatly affected its landscape.

The decision to be placed on the in danger list or being delisted still lies with WHC members, said a world heritage specialist, citing Australia’s Great Barrier Reef, which, for the longest time, has not yet been included in the endangered list even if a number of interventions affecting its OUV have already impacted its core zone.

Former Unesco Philippines-National Committee official Eric Zerrudo said the end result of delisting is still on the horizon. He said that politicians and diplomats from different nations have, of late, “twisted and obfuscated” the World Heritage inscription process and undermined recommendations by technical experts from Icomos or International Union for the Conservation of Nature (IUCN) that even sites with no OUV have been inscribed into the “then prestigious but no longer objective” list.

“The delisting of our churches is inevitable and it is obvious that its World Heritage status is just being prolonged to have that distinction,” he said.

Zerrudo said that WHC’s “no-build” recommendation is “moot and academic,” since BIB is set to be completed in November.

“The OUV of the property is already eroded and we just are waiting for a checkmate, but when it will be delisted, we’re not certain,” he added. —CONTRIBUTED INQ