Now more than ever, we must fight for LGBT+ people in science | Inquirer Lifestyle ❮ ❯ 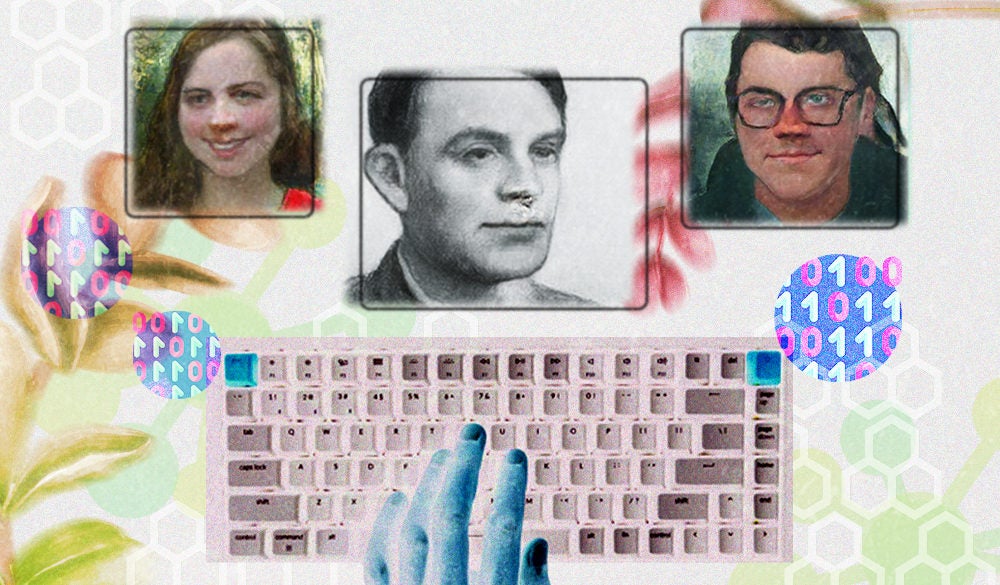 “They put Alan Turing on our money,” my fiancé said, a random fact that he dispensed during one of our after-work evening conversations. We were trying to figure out what to do for the weekend and he suggested that we go to the Science Museum, where the famous British gay computer scientist and codebreaker’s pioneering machine the Automated Computing Engine was on display.

The new £50 note he was referring to apparently entered into circulation this year, on Alan’s birthday—one of the posthumous tributes to a man who, in 1952, was immorally and unjustly castrated because he happened to be attracted to men.

I first got to know about Alan through pop culture: after watching the movie Blade Runner, I became fascinated about the movie’s Voigt-Kampff test which the police would administer to suspected fugitive replicants (the term they used for bio-engineered humanoids).

I discovered that the test was inspired by the Turing test, which Alan devised to assess machine intelligence. A machine passing the Turing test meant that it has developed far enough to convince humans that it was human too.

(So far, no machine has passed.)

There is a tragic irony to Alan’s story: a man who developed a test to prove that a smart machine was sentient would be rejected by human society himself, a cruel act that led to his suicide. Decades after Alan’s death, it’s still the same story that LGBT+ people face: our achievements are made irrelevant by our queer identities, and we’re deprived of dignity and respect just because we’re part of the LGBT+ community.

My interest in science, as someone from a non-science background, is driven by a belief that science has so much power to change the narratives of LGBT+ people. For the longest time, science has been weaponized against people who weren’t cisgender and heterosexual. But the emerging research across various scientific fields such as biology and psychology that have proven the validity of queer lives and experiences is slowly shifting the political sentiment in favor of LGBT+ people.

When I encountered scientist and science communicator Jason Tan Liwag’s post about their new group Queer Scientists PH, I was excited and at the same time baffled. As exciting as it was that LGBT+ people outside of stereotypically queer workspaces such as the arts and other creative industries were coming out, it was also puzzling that there was also such a lack of representation of Filipino LGBT+ scientists.

“Queer Filipino scientists are in the space of triple marginalization. You’re queer, you’re a Filipino, you’re a scientist. Ang hirap pumasok sa grad schools abroad, ang hirap maghanap ng work here, kapag may work ka here, ang hirap sumuweldo…all of these things. The system is triply rigged against you,” Jason told me during a Zoom call with him and his fellow members one Sunday morning.

Jay Fidelino, a researcher at the Biodiversity Research Laboratory of the Institute of Biology, University of the Philippines Diliman, lamented: “Yung sa akin, we go out, we do fieldwork all over the Philippines. In the process, part yung interacting with people. Halimbawa, we go to this mountain to study these plants and animals there, we have to ask yung help ng locals in the area. Mas exposed to perceptions of other people yung pagiging LGBTQ ko….Because of that, hindi ko siya dinidisclose when I’m in the field. Yung culture din sa field ng wildlife, medyo macho, kasi aakyat ng bundok, ha-handle ka ng mga dangerous animals. Medyo macho culture siya, you really can’t help but experience microaggressions, mga jokes na discriminatory.”

Almira Ocampo, a research assistant of the Virtual Biochemical Explorations Laboratory at the Institute of Chemistry in UP Diliman, shared a similar experience.

“Personally, there’s a pressure sa akin to perform well in my field as the only female, bisexual person in that field, to prove na it doesn’t matter.”

While acknowledging the challenge of trying to change an oppressive system from within, they fully understood that transforming this very system could have a huge impact not just in the lives of LGBT+ scientists but the larger LGBT+ community.

“Science has a huge impact on the queer experience as a whole because it has a huge control over the queer body,” Jason observed. “For example, I have an easier time getting hormones to alleviate my balding head versus a person who wants to transition. There’s a huge problem with conversion therapy. There’s a huge problem with altering the trans or the intersex body.”

He continued: “One of the reasons why we also created this [group] is because, for the longest time, we’ve also been waiting for other people to combat these anti-LGBTQIA+ community sentiments of science. It also has to start from the community. It will be nice [that it’s] not just a person leading the initiative, but a community compiling their stories and telling it to people.”

Considering that legislator Manny Pacquiao’s bigoted “masahol pa sa hayop” statement is in itself a scientific assertion (a claim easily disproven by the scientific consensus that homosexual behavior exists in more than 1,000 nonhuman animal species), there is a huge responsibility for queer scientists to combat spurious declarations with cold, hard science. But without the queer perspective factored into research, a lot of qualitative nuances can potentially get lost in the deluge of quantitative information.

“I don’t need a paper to tell me how gay I am. But at the same time, papers and academic publications are needed to create policies,” Jason concedes.

Without queer people stepping in to fight, he grimly predicted how science can be used against LGBT+ people: “If queerness is genetic, if you can attribute it to a single gene or multiple sets of genes, what happens with gene editing? Does that mean that you can just take out what sexuality or sexual orientation your child will have? That presents an ethical problem.”

This reminded me of how the discovery of stilbestrol in the 1930s, originally intended to help pregnant women from miscarrying, ultimately led to its use for the chemical sterilization of gay men like Alan Turing.

With a nefarious political agenda, the same science that helps people can also bring so much harm.

“It’s really important to have diverse perspectives because theories are formed on a person’s subjective bias,” points out Nikki Santos-Ocampo, a pansexual woman and a freelance creative consultant who joined Queer Scientists PH to help amplify their work. Nikki highlights the importance of upending mistaken concepts by providing an alternative queer reading:  “The theories in psychology are being disproved: before homosexuality was considered as a disorder, but now that more and more people are coming with their stories, it’s been disproved.”

No amount of posthumous recognition and future regret can make up for the queer lives we’re losing to bigotry and LGBTphobia in the present. The work that Queer Scientists PH does to claim space for LGBT+ researchers and innovators ensures that science is used for the common good, right here and right now.

“We want people to see that fighting for the rights of the LGBTQIA community and the rights of scientists benefits an entire population that isn’t necessarily affected by those struggles…You can’t open the door to people, but then the door you’re opening to is a room of suffering, a room of discrimination. What we’re doing is opening a door and hopefully trying to usher them into a better environment: not as individuals, but as a collective,” Jason emphasized.