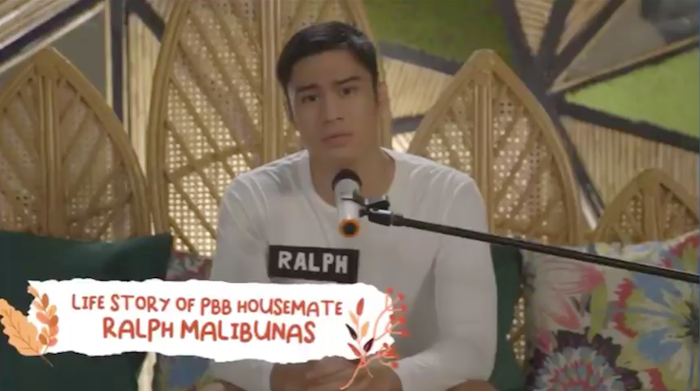 Newbie Jeremiah Lisbo admits that since he still lacks experience as an actor, he does feel the pressure, but he considers this a challenge to learn from.

In the said episode of the long-running anthology, Lisbo plays ex-“Pinoy Big Brother” housemate Ralph Malibunas whose all-time dream is to become an actor and to be a housemate of Kuya, to make his OFW mother, Grace (played by Lotlot de Leon) proud. The episode will be aired Oct. 2 on the Kapamilya Channel and A2Z, Kapamilya Online Live via YouTube and Facebook, iWantTFC, and The Filipino Channel.

Malibunas failed in the PBB audition twice but was lucky enough to make it on his third try.

Lisbo found it easy to portray Malibunas’ life after they had an online conversation.

“Sobrang thankful ako kay Ralph na sobrang open niya. Ikinuwento niya sa akin ang buong buhay niya kaya mas naunawaan ko lalo si Ralph,” he said. (I am thankful to Ralph because he is very open. He shared with me his entire life which made me understand him better.)

Lisbo feels he is lucky to play Malibunas’ because it gives him the chance to inspire people and share with them life’s lessons. Incidentally, Lisbo also feels very lucky because similar to Malibunas, all he wanted as a kid was to appear in “Goin’ Bulilit.”

When asked if there has been an “MMK” moment in his life, Lisbo answered in the affirmative, saying he has a brother who is a frontliner.

(They [frontliners] are having problems because they don’t get their salaries on time. Because of their exhaustion from hospital duty, on top of them not being given their salaries, our relationship as a family also somehow gets affected. Sometimes, my brother has his emotional moments. Of course, I get affected because I love my brother.) JB