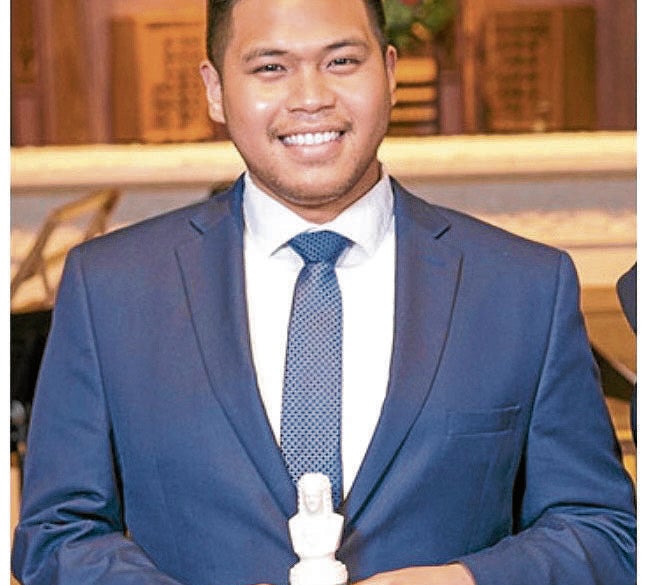 This is Tingzon’s second win in an international competition. Last year, he took home the third prize at the Rochester International Vocal Competition in New York, organized by Rochester Oratorio Society.

At this year’s Annual Handel Aria Competition, Tingzon was one of seven finalists, selected from a record-setting 150 applicants from around the world. The finalists were accompanied by Madison Bach Musicians, directed by Trevor Stephenson.

Only seven finalists were chosen out of the 150 hopefuls that applied. Each finalist sang two arias by George Frideric Handel. Tingzon chose two contrasting arias. He started with the fiery “Furibondo spira il vento” from the opera “Partenope” and capped it with the reverent “O sacred oracles of Truth” from the oratorio “Belshazzar.”

Tingzon is an alumnus of the Ateneo de Manila University where he earned a Bachelor of Science degree in Management, with a minor in Economics. A member of Ateneo College Glee Club, he studies voice privately from Christopher Arceo of the same university.

Tingzon is a newcomer to the Bay Area music scene. He is pursuing a postgraduate study at San Francisco Conservatory of Music, studying under César Ulloa, where he earned this year a Master of Music degree in Voice, with a historical performance emphasis, from the same institution.

His recent performances include a role debut of Monteverdi’s “L’incoronazione di Poppea” (as Ottone), scenes from Stravinsky’s “The Rake’s Progress” as Baba the Turk, Handel’s “Xerxes” as Arsamenes, and Gluck’s “Orfeo ed Euridice” as Orfeo at San Francisco Conservatory of Music in 2020 to 2021.

Tingzon’s past performances in the Philippines include J. Haydn’s Missa in “Angustiis,” Handel’s “Messiah” and “Dixit Dominus.” He has also performed Vivaldi’s “Gloria in D” at the Svenska Kyrkans Gosskörsförening, a festival of male choirs in Rättvik, Sweden.

He was a street singer and featured soloist in a performance of Bernstein’s Mass at the Esplanade in Singapore. He was a featured soloist at the annual International Bamboo Organ Festival in Las Piñas City, a festival dedicated to the performance of early music. He was also a soloist of the recently concluded centennial virtual concert of Ateneo College Glee Club. —CONTRIBUTED INQ