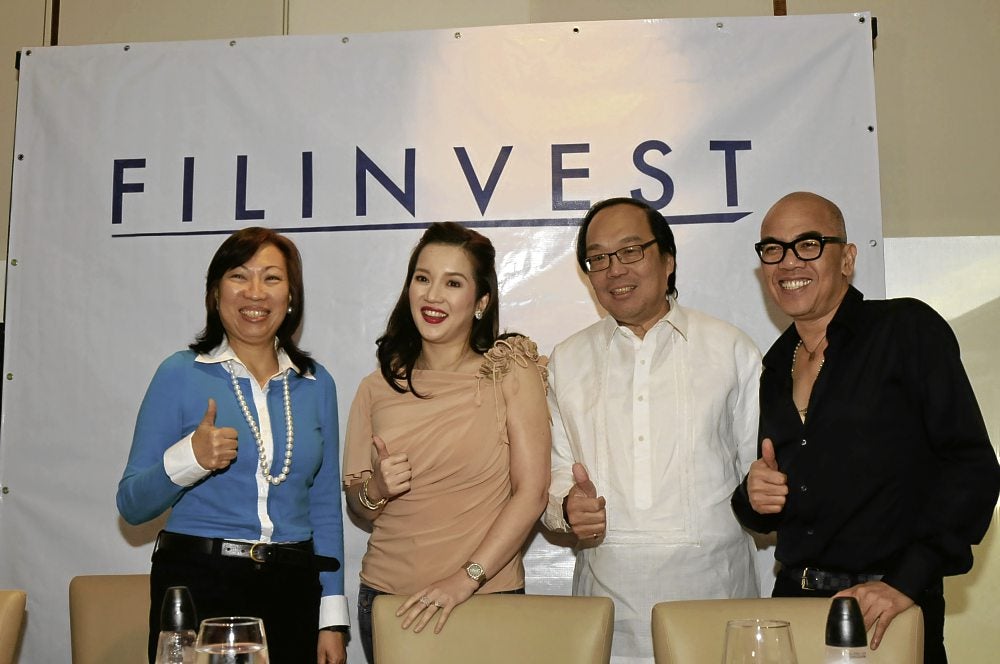 Real estate giant Filinvest, which has been developing properties for almost 50 years, has tapped Kris Aquino as its brand ambassador. The meeting of two big names, both trusted and well-respected by Filipinos, is set to generate excitement in property development in the months to come.

Kris has openly expressed her admiration for the company for its role in helping Filipinos build their dreams. “Through the years, I have witnessed the company grow as they fulfill the dreams of every Filipino to have a home. My parents, my sisters, my brother and I once enjoyed a home where we were all complete, and those were the best moments of my life. Filinvest makes having a home possible, and I share this vision with them,” says Kris.

Since late last year, she has been seriously considering acquiring property from Filinvest. “There are too many beautiful projects to choose from, and both of my kids are helping me decide. Josh wants his room to have a view of trees and hillsides, while Bimby just wants a big playground where he can hang out with his playmates.

“Timberland Heights is one such place. I have seen it myself and discovered that you don’t have to go too far to live amid the beauty of nature,” Kris shares.

Josephine Gotianun-Yap, director and president-CEO of Filinvest Development Corp., believes that Kris represents what the Filinvest brand stands for—a company that has grown vibrantly through the years and has gained the trust of Filipino families.

“We have seen Kris grow before our eyes, and her hard work and innate talent helped endear her to many Filipinos. We believe in Kris and she, too, believes in our commitment to building the Filipino dream,” Yap explains.

Filinvest has been quite low-key, despite its major developments. They have built the country’s tallest office tower in Makati, as well as the biggest mall in the south, the Festival Mall. They have also developed the 677-hectare Timberland Heights near Quezon City which boasts of mountain living close to the city, and the 244-hectare Filinvest Corporate City, which has now emerged as the shopping, office, hotel, and medical hub of the south.

This year, they have built medium-rise condo communities within Metro Manila, Metro Cebu and Metro Davao. These are resort-living developments that are extremely accessible and found on major roads like Ortigas and Marcos Highway.

“These are wonderful places to raise families. We have lined up several projects in each of the categories we serve. We will announce these projects at the right time.  We are confident that year 2012 will be another banner year for Filinvest, especially now that Kris has joined our family,” Yap shares.

Kris has seen the plans for the campaign, but she cannot reveal it for now. “I have to contain my excitement and keep you in suspense. But all I can say is that it is truly a campaign I can be proud of.”