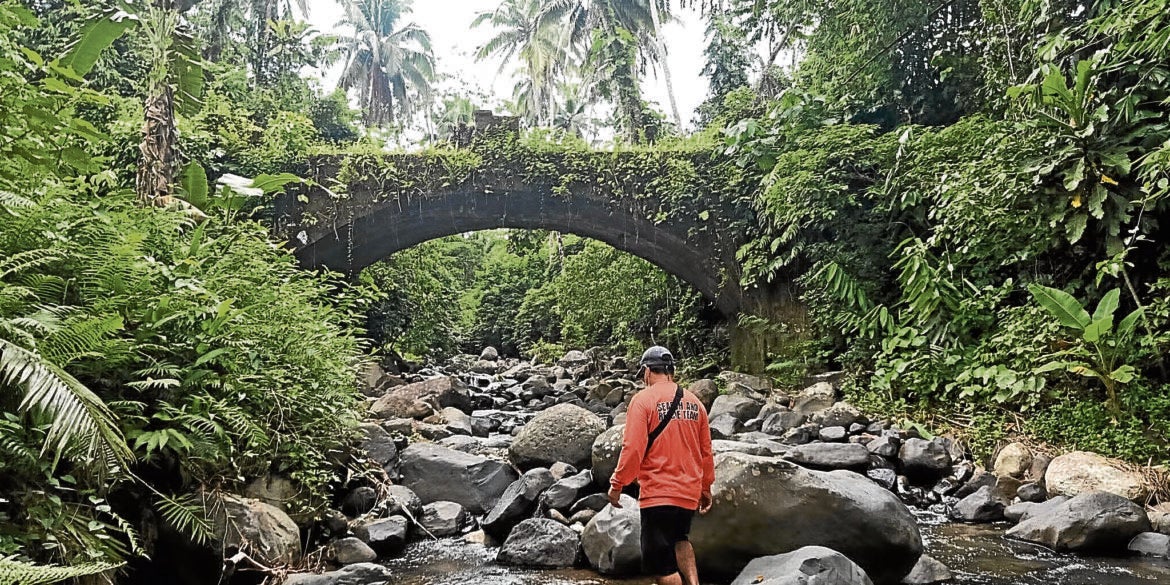 Thirty-three relatively unknown Spanish colonial bridges in the province of Quezon are set to be possibly declared either as important cultural properties or national cultural treasures (NCTs).

John Valdeavilla of Tuklas Tayabas Historical Society said his group, with the support of Atagan or Tayabas (Quezon) Studies Center, the Lucban local government and Lucban Historical Society, has recently sent a petition for the declaration to the National Commission for Culture and the Arts.

The puentes (bridges) and puentecitos (small bridges) were built in the 19th century; 23 are located in Tayabas City, five in Lucban, three in Pagbilao and two in Sampaloc.

“We in Tuklas Tayabas would like these bridges recognized, as these are not only stone or old bridges, but bridges that link our past as a province and as a nation,” said Valdeavilla.

Valdeavilla said the province of Quezon, or the old Tayabas, has the most extant number of Spanish colonial bridges in the country, describing these as unique and historic, which is why his group is pushing for their declaration as NCTs.

He said that in the province of Quezon, bridges were built in the towns of Pagbilao, Tayabas, Sariaya, Lucban and Sampaloc during the Spanish colonial period possibly because these towns served as important trade routes to Manila, called Calle Real.

“It is also possible that the economic progress of Tayabas during the Spanish period is the reason these bridges were built and the roads were improved for easy access to the then provincial capital,” he said.

“If these bridges are declared, it will be a good opportunity for the damaged ones to be repaired and most importantly, for the different communities to be aware of the significance of these smaller bridges,” he added.

Jen Babat, Lucban tourism officer, told Lifestyle that the possible declaration of the bridges will help her town’s tourism.

“This will have a big impact on Lucban’s tourism because this will promote and elevate our heritage tourism,” she said.

“This is part of the program ‘Lucbanong Turismo’ which advocates for a vigorous and safe adaptation of present conditions, wherein we help tourism stakeholders during the coronavirus pandemic,” she added. Babat said she has high hopes that the bridges will be declared NCTs.

Tayabas historian Ryan Palad is also hopeful on the possible declaration. “Hopefully, many will realize the need to protect them as one of the existing networks of stone bridges in the country,” he said. “We know that even if they are eventually declared as NCT, extra protection is secured though sadly, not guaranteed here in the Philippines.”

Palad lamented the continuous desecration of these bridges, particularly on Tayabas-Sariaya Road, due to a road-widening project by the Department of Public Works and Highways (DPWH).

“We need a conservation management plan to protect the bridges but unfortunately, for some agencies, they opt to construct new bridges than look for alternate routes,” he said.

Palad likewise said, “We need leaders who will advance heritage conservation and make use of these bridges as attractions and educational tools. Hopefully, we will see these leaders soon before it’s too late.”

In the ongoing road-widening project, at least eight Spanish-era bridges are affected, with Puente de Potol Grande as the latest casualty.

Portions of its abutments of river stones were torn down and the parapet on the south side will be demolished to give way to the concrete extensions on both sides, which will be a meter away from the old structure.

Oplan Sagip Tulay (OST), the locally accredited nongovernment organization on heritage, assured Lifestyle that the adobe materials from the old bridge will be saved.

“The abutments are not made from adobe stones but riprap,” said OST president Kevin Pabulayan in Filipino. “It is clear in our conversation with the DPWH project engineer that they will take good care of the adobe, and inform us in advance of the possible interventions so that we can check and correct them.”

In response, Valdeavilla said the abutment is also old and built the same time the bridge was constructed in 1852, and thus must be protected.

To date, Tayabas has 11 stone bridges declared as NCTs by the National Museum, then the agency tasked to declare significant structures in the country. —CONTRIBUTED