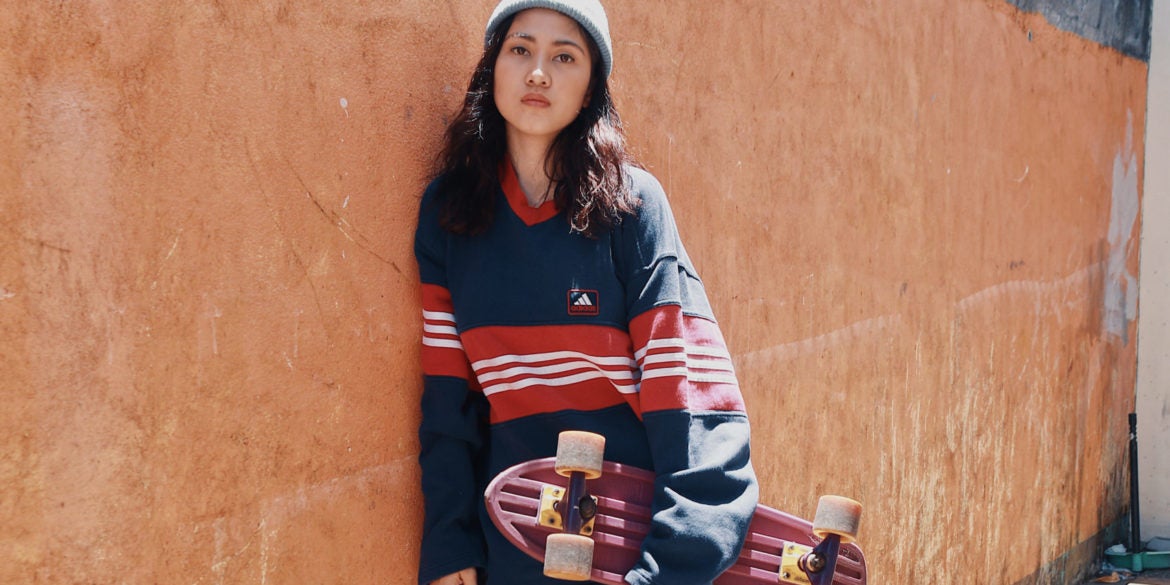 Processed with VSCO with u3 preset

Julie Eleanor Ciron is a 22-year-old budding young actress born and raised in Anayan, Pili in Camarines Sur. When she was younger, all she wanted was to be a celebrity. Her acting journey began in the summer of 2016 when her older brother enrolled her in acting classes at the Philippine Educational Theater Association (PETA). Still enamored of her drama class experience, she joined Teatro de Santa Luisa, Universidad de Santa Isabel’s theater group, where Julie is currently on her third year as an AB Communications student. Her college classes and theater group experience combined didn’t just hone her acting skills but developed an interest in doing more besides acting in theater plays. 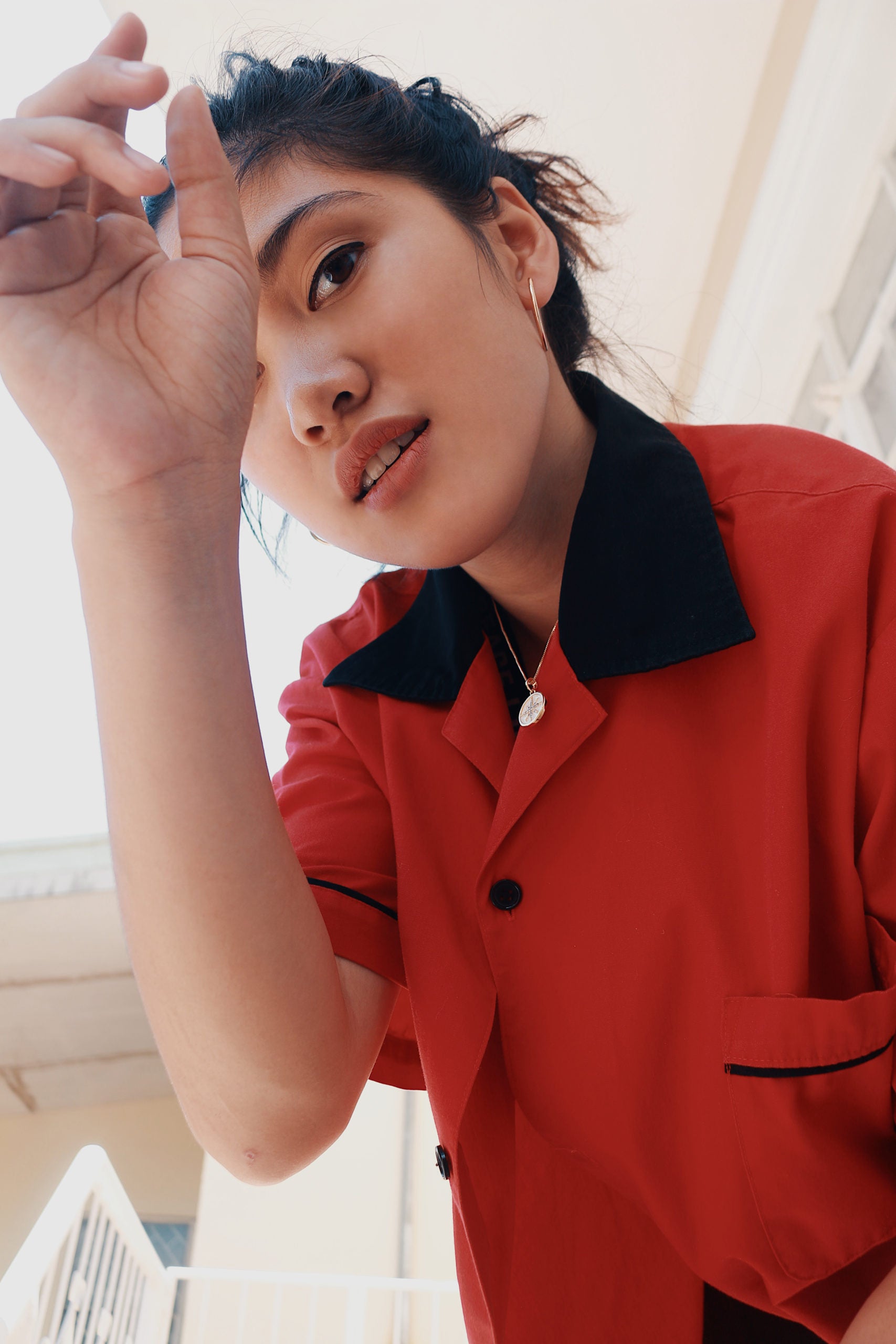 Julie’s introduction to the world of acting for cinema wasn’t sweet. “Nag-try ako [mag-audition] sa Manila. Unfortunately, nahirapan ako. Parang ‘pag sinasabi ko na taga-probinsya ako, ‘di na nila ako kinukuha.” (I tried auditioning [in Manila]. Unfortunately, it was hard. Whenever I tell them that I’m from the province, I instantly lose the chance to get the part.”) She recalls the numerous auditions for movies and television that she attended and the countless rejection calls that came with it.

But that didn’t stop her from trying. One of the very first roles that she got was a bit role for director Jordan dela Cruz, another Camarines Sur native, His first feature film, “The Perilous Odyssey to Mount Gulsuk”,was selected to attend the TFI Network market at the 2019 Tribeca Film Festival. This isn’t the only time she worked with the director as she recently starred in his latest short film, “Salog Ning Diklom”, dela Cruz’s entry to Sine Halaga Film Festival 2021, a project of the National Commission for the Culture and the Arts together with the Negros Cultural Foundation.

Making the most out of every experience, Julie used the auditions she attended as an opportunity to learn, network, find ways to get more auditions, and eventually, score more roles. This is how she met ‘Nanay Rose’, her co-star in one of dela Cruz’s films. It is through Nanay Rose that Julie found out about the auditions for one of her most recent claims to fame: a starring role in “Inang Maynila”, a short film by Filipino-Australian photographer and filmmaker, James J. Robinson. The film’s global premiere was presented by Nowness.

Armed with quality experiences in both theater and film acting, Julie was able to represent the Philippines in the World Championship of Performing Arts (WCOPA) in California last July 2019, a spot she earned among many aspiring auditionees. “Nung una, ayoko sanang ituloy. Si kuya lang kasi yung may work sa family noon. Walang trabaho nung time na yun si mama, illegal dismissal.” (“At first, I didn’t want to push through with it. My older brother was the only one who had a job at that time. My mom was illegally dismissed from her job at that time.”)

It came to a point where she needed to choose between her dreams or her family’s needs. With two brothers who are also still in school, Julie  put her family first. But her mother insisted for her to continue with her acting dreams. With fundraising activities, sponsorships, and part-time jobs, Julie and her family were able to raise the funds needed.

Part of her preparations for the competition was to attend training in Manila over the weekends. She would then travel back to Camarines Sur for the weekdays to attend school. The competition proper was a series of acting prompts in different genres that she had to act out in front of a panel of judges.

In the competition is where she learned how different the acting styles could be for different countries and cultures. One of the judges took notice of her acting skills and even offered her an invitation to study in an acting school in New York, which she graciously declined as she wants to continue her education in The Philippines.

This young actress takes inspiration from a variety of people in the industry. She admits to being a fan of Mikhail Red’s films, listing “Neomanila” and “Dead Kids” as some of her favorites. She looks up to Alcid O. Valencia, her theater group’s director. According to Julie, she respects the director for his storylines that would really make you think. Working with Valencia inspired her to also pursue writing and taking roles not only in front of the audience but behind the scenes as well. Just recently, she directed her first short film entitled “Persona”, which was an entry to a short film festival hosted by an organization from De La Salle-College of Saint Benilde.

One of the things Julie loves about acting is how she can use it as an avenue to talk about important things. Playing roles of the leading lady in a love story eventually turned into actively getting roles in stories that involved politics, current events, and the environment. “Habang tumatagal [sa pag-a-act], mas na-a-appreciate ko yung importance na ang purpose ng theater plays or films is about promoting social change. Kasi ‘diba nagmi-mirror siya ng reality.” (“The longer I am practicing [acting], I tend to appreciate more the importance of the purpose of theater plays or films, which is promoting social change. It mirrors our reality.”) One of her favorite roles was in Alcid O. Valencia’s play called “The Dutertards and the Tokhangers”, where she played a character named Josie: a political candidate with the best intentions for her country, inspired heavily by Vice President Leni Robredo, a fellow Bicolana.

If given the chance to stay in Manila for more opportunities to grow her acting career, she still feels strongly about staying in Camarines Sur and representing her hometown. “Minsan iniisip ko parang ang baba ng tingin nila pag probinsyana ka. Konti lang ang experience mo. Pero hindi naman ibig sabihin na probinsyana ka, hindi ka magaling.” (“Sometimes, I would think that others look down on talents from the province. You have fewer experiences, less exposure to the craft. But just because you’re from the province, that doesn’t mean you’re not good.”)

As the whole world has come into a pause, her quest to conquer the world of acting isn’t coming to a halt. She continues to audition for different roles, as casting calls have now moved to the digital space. She also spends her free time developing her craft by creating her own content that’s available on her YouTube channel.

This talented young actress has still so much more to offer, proudly carrying her being a ‘probinsyana’ as a badge of honor. “Gusto ko sana, in the future, makagawa ako dito [sa Bicol] ng parang theater group, tapos yung sarili yung production. Yung kapag nakapanuod sila, talagang masasabi nila ang mga Bicolano, ‘mauurag dawa probinsyano’ (magagaling kahit taga-probinsya).” (“In the future, I’d like to put up a theater group of some sorts [in Bicol], where all the production happens here. Somewhere that when they watch the show, they’ll say that Bicolanos are ‘mauurag dawa probinsyano’ [awesome even though from the province.]”), Julie gushes as she thinks about the future ahead.