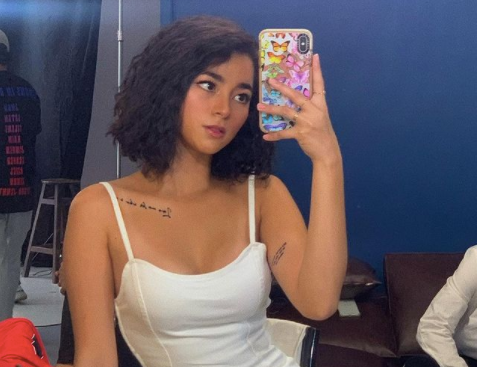 Newcomer AJ Raval does not find it worthy to react on those who are critical of sex comedies, branding these movies as offensive or distasteful.

(I have no reaction. I don’t care about negative stuff. I only focus on the positive.)

Raval, who stars in the movie opposite rapper Andrew E. also thinks that the proliferation of sex comedy movies has something to do with technology, since most everyone now has smartphones.

(Everyone uses cellphones, the internet, more so now due to the pandemic and lockdowns. The people have nothing to be busy with. They’re stuck at home with their phones. That’s the reason why it trends.)

Meanwhile, when asked about her ideal man, Raval said she does not care too much about looks.

(Number one for me is being responsible. Of course, someone funny, yes, I prefer a funny guy. I get more attracted to that.)

Raval recently admitted that she and actor Aljur Abrenica, who has separated from Kylie Padilla, are currently seeing each other. JB