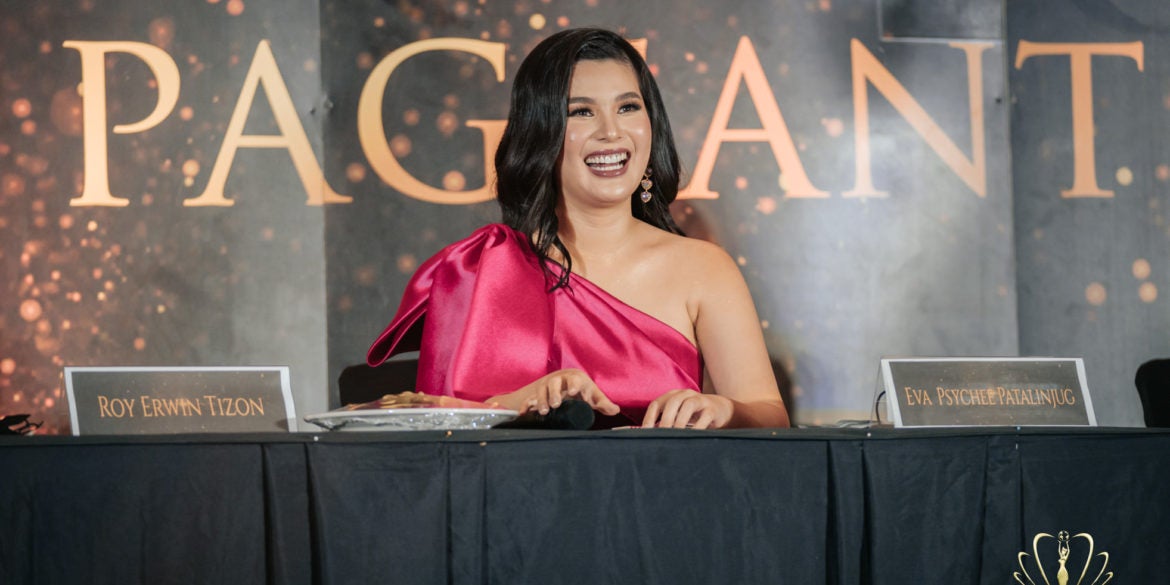 “I am very happy that Cebuana beauty queens bagged the [Miss Universe Philippines] and [Miss World Philippines] crowns. I’m very excited because it coincides with the launching of our new national pageant,” Eva Patalinjug, national director of Hiyas ng Turismo Pilipinas Foundation Inc., told the Inquirer in an online interview.

“It just goes to show that it’s about time Cebu stages its first ever national pageant. We Cebuanos, just like any other beauty pageant fan all over the Philippines, are really passionate,” she continued.

Patalinjug who was crowned 2014 Mutya ng Pilipinas-Asia Pacific International and 2018 Binibining Pilipinas Grand International, said the recent big wins of Cebuana beauties have challenged her team to “step up” because “the pressure and the standards also rise.

She, together with the other Hiyas ng Turismo Pilipinas Foundation board members, launched the pageant’s maiden edition at the Golden Peak Hotel in Cebu on Oct. 6. There, it was revealed that the contest will choose the Philippines’ representatives to the Miss Tourism World, Miss Elite World, and Miss Tourism Queen International pageants.

Pageant veteran Shannon Tampon was presented as the country’s representative to the Miss Elite World pageant in Egypt in December.

The foundation presented three core values—beauty, culture, and humanity—which will serve as anchors where the pageant’s activities will be based upon, including the selection of candidates.

Patalinjug said that if allowed, they are planning to personally travel to different places in the country to scout prospective contestants. Hiyas ng Pilipinas is planning to recruit 10 candidates each from Luzon, Visayas, and Mindanao, and five more ladies from overseas Filipino communities and other sectors.

“We are planning to hold our first pageant in the first quarter of 2022, hopefully in February,” she shared.

Hiyas ng Pilipinas is open to Filipino citizens or overseas-based individuals with Filipino descent. Applicants must be 18 to 27 years old, not shorter than 5’3” in height, and should have finished high school.

The pageant only accepts single ladies who have never been married nor borne a child, and must have pleasing personality and good moral character.

The aspirants are also discouraged from applying with other major national pageants for the duration of the competition.