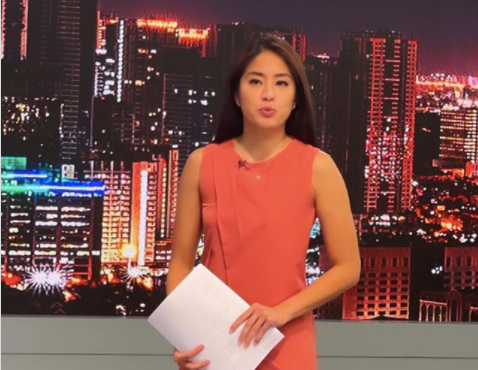 Before she became a champion volleyball player, Gretchen Ho wanted to be a basketball player like her idol, coach Danny Ildefonso.

Ho recalled how she used to watch Philippine Basketball Association games when she was young, as per her Instagram page today, Oct. 14, where she showed a throwback photo of herself watching a game and a short video of her interview with basketball player Camille Clarin.

“I used to bring a 1/4 pad paper and ballpen from school, so I could jot down notes like how I would see the assistant coaches doing on the bench,” she said.

Ho even took notes of the games and kept track of who made and missed shots.

“When we got home, I would give my dad a game assessment,” she recalled.

She then admitted how she idolized former PBA player Danny Ildefonso.

“This phase wasn’t much publicized, but before he became a San Miguel Beerman, Danny Ildefonso entered the PBA with Red Bull (which was our team before) from the PBL. He was new and certainly impressed with his game that’s why he was taken in by SMB. [And] he was one of my idols!… I think I was pretty angry when he transferred and kept asking my dad why,” she reminisced further.

“I wanted to become a pro basketball player but back then there weren’t a lot of opportunities for girls like me. I’m glad the situation is better now,” she revealed.

Ho then mentioned that Clarin also “takes inspiration from an Ildefonso for her Gilas game.” The sports anchor made a shoutout to Ildefonso’s sons, players Shaun and Dave, asking them to tell their father that he is her idol. JB