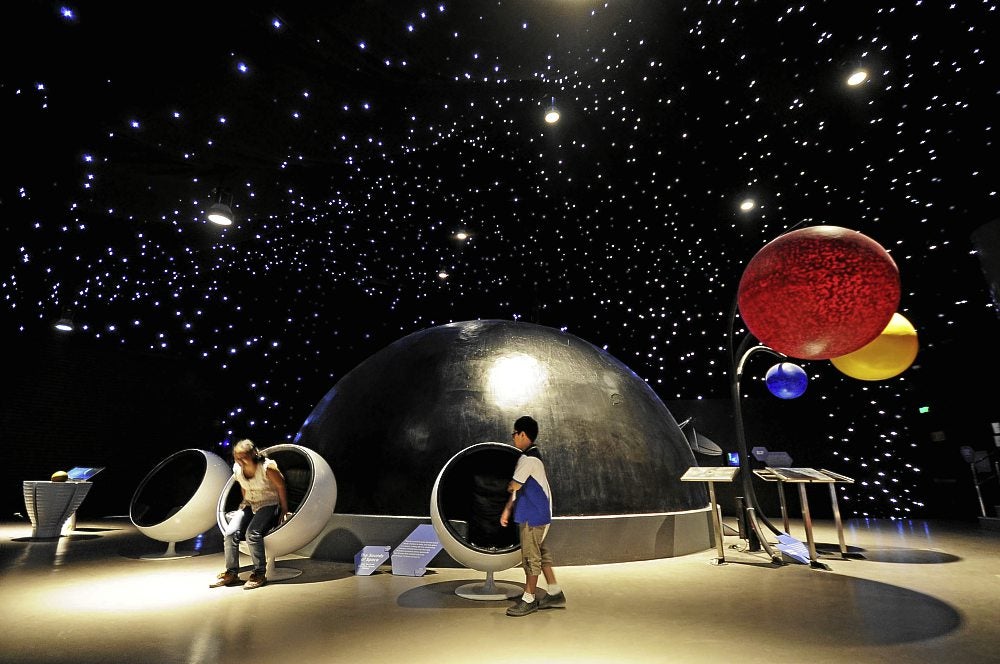 The museum is not a playground, a place to let your kids loose. But The Mind Museum at Taguig (TMMT), which will open to the public March 16, seeks to make science accessible and interesting to kids; it seeks to be both educational and fun for kids.

TMMT promises to be a unique science museum where you won’t have to rein in your child’s curiosity and hyperactiveness. These qualities play to the advantage of kids as they explore over 250 interactive exhibits.

“Think of it as an educational institution,” said Manny Blas, managing director of Bonifacio Art Foundation Inc., one of the museum’s organizers.

“It is a showcase of ‘what we know, how we know it and what we do with what we know,’” said organizers in a press statement. “Teachers can find ways to supplement their science lessons and students can satisfy their curiosity about how the world works.”

The bottom line, organizers said, is to help breed scientific literacy that could inspire people to understand nature and support the sciences. No person is too young or too old for that, they added.

It may not be a substitute for schools, but TMMT seeks to make science engaging, accessible and fun through interactive exhibits. Kids can touch the exhibits, view them close, even smell them, which they wouldn’t have done in a regular schoolroom.

Five main galleries serve as a “playground” of concepts related to the atom, Earth, life, the universe and technology.

The Atom Gallery presents the tiniest particles in 3D imagery plus large-scale models and contraptions.

Kids will be able to understand gravity and centripetal force in Whirlpool, where balls spiral down a transparent funnel. A psychedelic booth introduces carbon and its versatility. Static Ball, a silver sphere as large as a basketball, shows that electrostatic energy could make hairs stand on end.

Earth Gallery showcases the planet’s features and traces its history. On display are fossils; mechanical and audio-visual representations of volcanoes and tectonic plates; and the skeleton of a tyrannosaurus rex named Stan.

Perhaps the most impressive feature in the gallery is OmniGlobe Explorer, a large sphere that projects the Earth’s current state in terms of atmosphere, climate change, earthquakes and topography.

Life Gallery offers a close look at living things, from microbes to humans and gigantic animals. There’s a walk-through of a large model of a human brain. A life-size whale shark, or butanding, is suspended in the gallery.

Consoles serve as tactile, visual and interactive multimedia representations of cells, flora and fauna, animals, and parts of the human body.

Universe Gallery exudes the look and feel of a planetarium. The simulation of a star-studded sky allows kids to star-gaze even in daytime.

The gallery includes a replica of a spacesuit; an exhibit on the life cycle of a star; Spaceshell, which features films about space; and a giant orrery, the mechanism that shows the movement and position of moons and planets in the solar system.

Technology Gallery, located on the second floor, shows man’s inventions and how these have evolved based on his needs and ability to invent and innovate.

Features include Mimo, the obstacle-avoiding robot; solar-powered mechanical bugs; diorama of the Shell Malampaya Natural Gas Project; and practical inventions such as clothes, toilets and refrigerators.

Despite the range and volume of exhibits, curator Maria Isabel Garcia insists there is no one right way to begin exploring the museum. You can begin with anything that interests you.

“Most of the time I see kids [overwhelmed] and they don’t know where to go first,” said Garcia. “But you’ll be surprised how kids are able to ‘bookmark’ what they see in the museum and then come back for a second look.”

A parent shouldn’t worry about being unable to explain science concepts to a 5-year-old because help is within reach. Mind Movers, or museum guides, roam the facility and they have been trained to explain the exhibits in different levels. They could talk in a level suitable for a child or an adult.

For some things, though, parents would just have to wait till their children could understand better, said the curator.

1. Do not run in the museum. About 600 people are present at any given time and children could be a danger to themselves and other visitors if they keep scuttling around.

2. Read instructions. Knowing and understanding the exhibits make time spent in the museum more enjoyable for parents and kids.

3. Be conscious about others waiting their turn, especially with photo-ops.

4. The museum is a place of wonderment. Allow your child his or her curiosity and let them know it’s okay to ask crazy questions.