Befriending the birds outside my window | Lifestyle.INQ ❮ ❯ 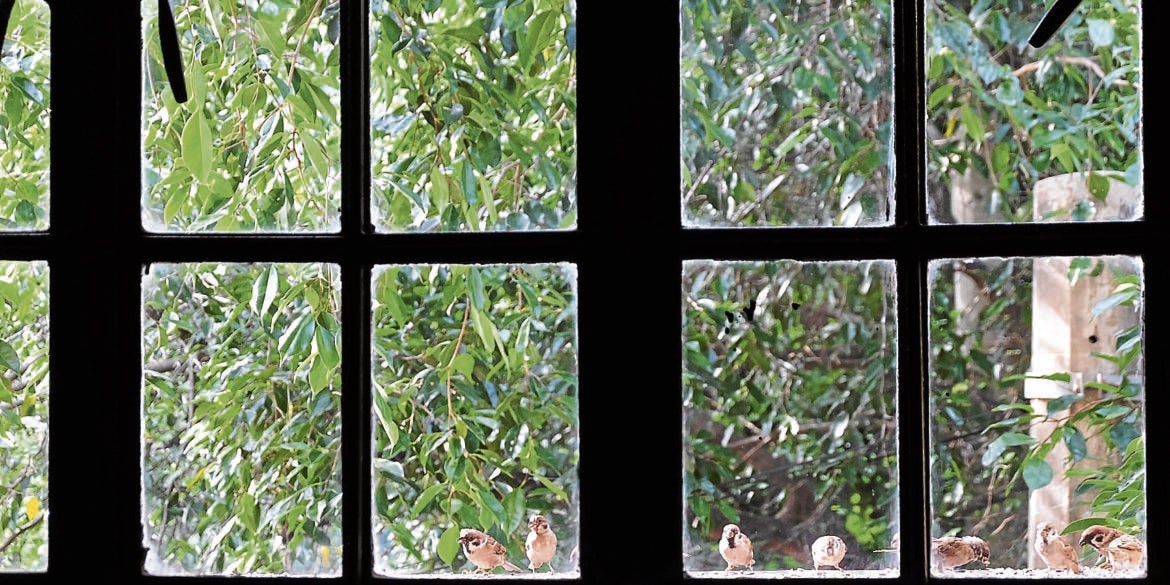 “I started waking up to birds chirping outside my window. Their melodious chorus brought a smile to my face day after day after day,” writes the author

Befriending the birds outside my window

For years, my windows were shut, my curtains always drawn. And they’re blackout curtains, so they really kept the outside world out. I had no idea what was going on outside those windows, or even what the view was from my third-floor room. Life was too busy, it just wasn’t something I thought about.

The first time I touched those curtains during the pandemic was to let a few inches of sunlight in to serve as extra lighting for Zoom meetings and webinars. Then, I forgot about my windows again.

As the pandemic went on and on, I would end up spending 95 percent of my time in my room. It was no longer just my bedroom; it became my office, my playground, my prison, my world.

And from my tiny world, I watched friends on social media transform into plantitos and plantitas. As they waxed poetic about their monsteras and succulents, traded seeds and cuttings, and shared photos of their plant babies, I felt a pang of envy. It must be nice to be able to connect to nature while stuck at home.

But I just don’t have a green thumb. My previous attempts at planting anything had always failed. When someone makes the mistake of allowing me to pick basil leaves from their plants, their plants have needed resuscitating. And when my ex-boyfriend left his beloved chili plant, a flourishing plant that produced palm-sized chilis under my care, I managed to kill it in less than a week. He called it murder.

And so plants were out. The closest thing I had to nature was my 4-year-old Frenchie, but he acts more like a spoiled child than an animal. It looked like I was destined to live a life disconnected from nature, while COVID continues to ravage this country.

But then, the birds happened.

I don’t know if they’ve always been there and I just never noticed before, but I started waking up to birds chirping outside my window. Their melodious chorus brought a smile to my face day after day after day.

Soon, hearing them wasn’t enough. I wanted to see these creatures who were bringing me so much joy. I started looking up bird feeders online. There were so many different kinds—there were hanging ones and metal ones and acrylic ones and ones with stands. But which one would work with my window?

I finally flung my curtains open to check and was surprised to see that the tree outside had grown so much that my view was entirely of leaves. That’s why I kept hearing the birds—they were hanging out in that tree, a tree whose branches were now merely inches away from my window. Nature was so close, I was just too self-absorbed to realize it.

I also realized that there was a fake balcony outside my window. I didn’t need a bird feeder. There was a ledge that I could use to feed the birds.

On that very first day, I saw a bird flitting by—it was blue with a long hummingbird-like beak. I did some googling to try to identify it—I’m convinced it was a white-collared kingfisher. According to eBON, the official newsletter of the Wild Bird Club of the Philippines, it’s one of the most common urban birds in the country.

After getting advice from a friend who has been working with birds for over 20 years, I ordered bird seed online, getting different kinds—sunflower seeds, safflower seeds, canary mix, African mix. And when they arrived, I spread them out on the ledge.

“That’s a lot,” my friend said after I sent her a video.

But will the birds even come? I wasn’t sure. Some people thought I was being silly. Delta the driver said rats would come instead. But I still wanted to try.

Guess what? The birds did come.

I first noticed them in the middle of running an Inquirer Academy class. I looked up from my Zoom screen to see birds on the ledge, enjoying the seeds. It took all of my strength not to stop in the middle of teaching to shout, “Oh my god, the birds are eating!”

My friends have joked that I am officially a Disney princess now.

And the birds have kept coming. So far, only one kind—the birds we commonly refer to as maya. They’re Eurasian tree sparrows (thank you, eBON), or, as I like to call them, little brown chonkers. Sometimes a dozen of them hang out on my ledge, chirping and eating while I watch in delight.

One day, I got so excited about them that I managed to accidentally pull my curtain rod off the wall.

I’ve enjoyed getting to know my little bird friends. They love canary mix the most, the safflower seeds the least. They eat in the morning and in the afternoon and they still spook easily.

“Let them become familiar with your voice,” my bird expert friend said. And so I started talking and singing to the birds like a demented Disney princess. They didn’t seem to mind (but my dog did).

Sometimes when I call out to them, some birds appear. But I am taking our friendship slowly, I don’t want to scare them off. I watch them from a safe distance, making sure I move slowly.

“If you like birds so much, why don’t you get one as a pet?” I’ve been asked again and again. But I don’t want to keep a bird in a cage; I like that my flying friends are free to come and go as they please.

I love them and I love the tree that has brought them to me. Just seeing their little bobbing heads makes me so happy. Now my curtains are never drawn and my room doesn’t feel like a prison. The birds visit multiple times a day. They chirp, they sing, they eat, they peek into my window and then off they fly again.