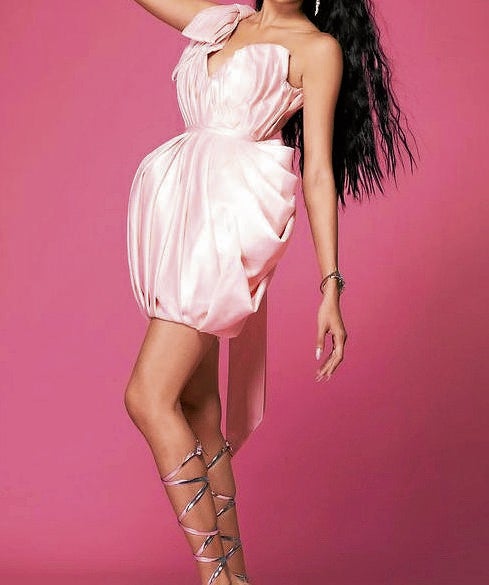 A Miss Philippines is openly gay—so, what now?

Beatrice Luigi Gomez stunned the country when she candidly admitted being gay. She has since been crowned Miss Universe Philippines 2021. So, what now?

While Gomez’s nonchalant admission is huge, especially for the LGBTQIA+ community, breaking stereotypes that gay women must be manly or butch, the Philippines still has a long way to go in initiating inclusivity in the workplace.

“We’re not talking about laws or even civil union that’s probably a decade away from us today,” said Chris Eugenio, Philippine Financial and Inter-Industry Pride (PFIP) board trustee. “We’re not in the business of creating laws. We’re talking about basic rights. We are about providing equal benefits so that the LGBTQIA+ workforce will feel they are truly valued equally in the company.”

PFIP, a nonprofit, nongovernmental organization, just released an unprecedented survey to back up claims of discrimination in the workspace. It is the first-ever LGBTQIA+ work inclusion survey conducted in the country.

The 2021 LGBTQIA+ survey covered six key facets of inclusivity in companies: Inclusive policies, inclusive benefits, organizational support, technology for inclusion, education and enablement, and social responsibility and thought leadership. The survey was conducted in more than 100 companies across the Philippines from various industries.

The extensive survey showed that the Philippines has organizations that support inclusivity—the big conglomerates and multinational companies. These companies usually contextualize in the local setting mandates that are already imposed in corporate headquarters abroad.

Eugenio said there are three common kinds of discrimination in the workplace: the right to a preferred name and pronouns, the right to dress according to one’s gender expression, and the right to inclusive amenities, including the much-contested gender-neutral restrooms.

Without policies in place, the workplace quickly becomes an environment for microaggressions. It will incite innocuous comments, like “trans ka kaya mukha kang babae,” or “baka hindi ka lang naka-date ng lalaki.” Reacting to these microaggressions, one risks being called corny, sensitive or a snowflake.

“This happens all the time. That’s why we need antidiscrimination policies. The right to a preferred name and pronouns is basic respect when it comes to someone’s sexual orientation and gender identity,” he said.

The workplace has a binary code of conduct—he and she, male and female, must wear work clothes based on the company’s dress code. The women’s movement says, “Don’t tell me how to dress,” but some companies still dictate that their female salespersons, for example, wear stockings and heels.

“Gender is nonbinary. How LGBTQIA+ express themselves is extremely important. What if ayoko magpalda? If you force people to wear clothes not aligned with their gender expression, they will be subjected to discrimination,” Eugenio said. He noted it is common for coworkers to lift the skirts of lesbians at work and say, “O, babae ka pala.”

More than half of the companies surveyed allow employees to declare their chosen name and pronouns in systems like email and company directories: 71 percent provide the option to declare a chosen name, and 64 percent can declare pronouns.

“This is great practice so you don’t get misgendered. Someone named Ronaldo may not want to be called Naldo and would prefer Rona,” he said. “Just asking someone a preferred name or pronoun is basic decency. Don’t assume. They would feel valued that the organizations want to get to know them more.”

In this absence, some recruiters are known to literally ask applicants, “Bakla ka ba?”

PFIP works with the private sector to work with the existing practices, to test the limits of restrictions and parameters. There was a time when the insurance commission prohibited insuring same-sex partners. Last year, after years of talks, the insurance commission issued a clarificatory circular to end all speculation, he said. Same-sex partners can now be insured.

“Private companies jumped in on that. I can now assign my partner kasama sa insurance, medical coverage because he is considered my beneficiary,” Eugenio said.

Large companies are using their influence to change the rules and internal policies. A leading health maintenance organization refused to insure same-sex partners, but multinationals like IBM and Accenture threatened to pull their accounts, according to Eugenio.

“That’s why we did this survey. We want smaller organizations to know that’s it’s OK pala, that this is easy and not cumbersome,” he said. “You can attract and retain better talents this way. A lot of research correlates inclusion with innovation.”

“I should be able to avail of family benefits. If I want to adopt, I should take paternal leave. My partner is my family,” he said. “We are not a lobby group, so don’t expect us to go out in the streets with placards. What we can do is gather data and provide a public platform for discussion starting with the result of the survey.”

Eugenio said that national television networks, the biggest employer of LGBTQIA+ members, and other stereotypical LGBTQIA+ industries don’t have these policies in place. Not all companies can afford to hire people to look into these issues, so he hopes the survey will serve as a yardstick.

PFIP released the survey months away from Pride Month to make a statement that commitment to the LGBTQIA+ community is year-round.

“We’re busting the door wide open. If we have a law, this should not be a conversation,” Eugenio said. “We have to rely on the private sector to set the best practices. This is one step closer to something more specific. If we wait for laws to be passed, walang mangyayari.” —CONTRIBUTED