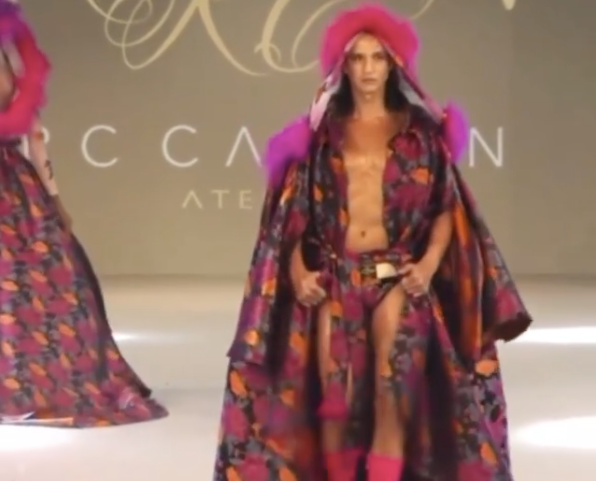 Singer-actor Markki Stroem showed he is not afraid to embrace change as he braved his first catwalk during the Arab Fashion Week wearing platform heels and an underwear.

Stroem proudly recalled the experience in his Instagram page last Friday, Oct. 29, where he shared a short video of himself walking down the catwalk. He wore a magenta-colored ensemble by RC Caylan Atelier.

“Magnificent experience being able to help change and mould the fashion world to be more inclusive. Ever since @harrystles started the androgyny revolution, it is time for people to stop hating, and start embracing inclusivity,” he said in his post.

Stroem believes that “everyone has their right to wear whatever they want to feel their fabulous oats,” while admitting that he is a “plain t-shirt and jeans kind guy.”

“I live a simple life as Markki. I am also an artist,” he said, noting that he is “not scared to wear something different to make a difference.” He cites his first catwalk experience as an example of this.

“Being able to pick up the courage to wear platform heels and underwear on an international runway, I hope I was able to inspire others to live their authentic truth,” he said.

In another post on the same day, Stroem noted he was the only “male model in a slew of female models.”

“I was also the only Andro model to walk the runway, in underwear and [6- to 7-inch heels] by @omarsantossali,” he said.

“This international runway was one of the books,” the model said. “I never thought that I would be able to walk a runway again after a [five-year] break.” JB