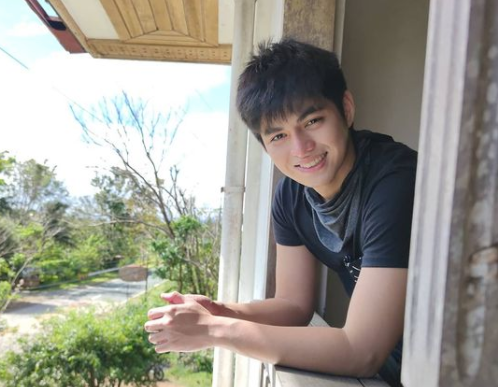 As an actor who’s still starting out, Renshi De Guzman of Squad Plus values the lessons he got from his veteran costars in the TV series “Huwag Kang Mangamba.”

De Guzman admitted being initially intimidated by the presence of veteran actors on set.

(At first, I was nervous because I am in the company of senior actors who are great and already established. So, the nervousness was there.)

But soon, during the lock-in tapings, he realized that his fellow actors are nice. Despite him feeling intimidated, he was able to overcome this because the veterans were kind and easy to work with.

What then did he learn from the veterans?

(I learned so much from miss Mylene, tita Sylvia, sir Dominic, miss Eula. There were so many. I think the one which left a mark on me is to be professional at work. To value work, to be kind, to be cordial, that you will not lose anything by being polite and greeting your coworkers good morning. That’s what struck me.)

From his director, Manny Palo, De Guzman learned the value of being prepared before going to the set.

(That’s the greatest thing I learned from them, to be professional and to learn how to get along with your co-actors, and of course to be respectful.)