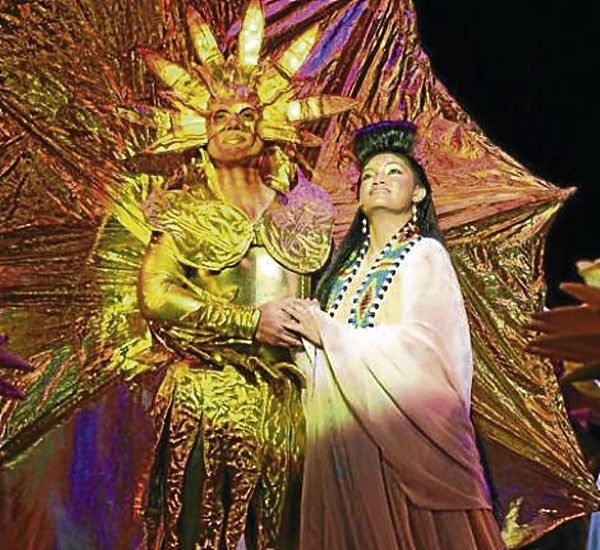 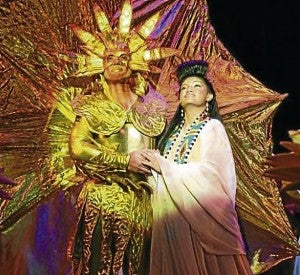 The Philippines has joined the Prague Quadrennial of Performance Design and Space 2011, an international theater festival considered the largest scenography event in the world.

The quadrennial exhibits a variety of performance design disciplines such as costume, stage, lighting and sound design, including theater architecture for dance, opera, drama, site-specific, multimedia performances and performance art.

It’s been held every four years since 1967. This year, it started last week and will end on the 26th, with more than 60 countries participating.

He was disappointed that there was no major exhibit from the Philippines.

“I was motivated to ensure our country would be at the next quadrennial, and I initiated talks with the PQ officers immediately,” he says.

De Leon has long been a practitioner and advocate of design disciplines for theater. He trained with National Artist for Theater Rolando Tinio and is a freelance set and costume designer for stage, cinema, television and cultural festivals. 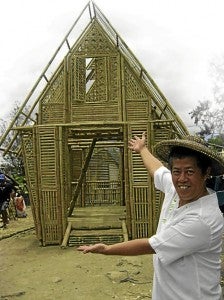 He was personally invited by National Artist for Theater Design Salvador Bernal to be a founding member of Philippine Association of Theater Designers and Technicians. He also founded On the Spot Artists’ Association, an arts outreach group.

As the PQ national curator for the Philippines, De Leon has been working with the National Commission for Culture and the Arts and Unesco International Theater Institute-Philippines to create a working committee and contingent of delegates for PQ11.

“We invited many organizations and friends to join,” he says. “We then shortlisted the applicants who could feasibly comply with the many requirements such as submitting sketches, maquettes (scale models of set designs), photographs and even video copies of performances.”

Set and costume designs from productions staged from mid-2007 until April of this year were eligible, resulting in over 10 entries from across the country.

“Not everyone is aware yet of how big this event is globally,” he says. “We hope to have more entries in the next quadrennial.”

De Leon has designed a six-meter high bahay-kubo to serve as the Philippine Pavilion for the main exhibit area in Veletrzni Palace, the building of the Czech National Gallery.

“Photos, videos, maquettes, and costumes will be installed suksok-style inside the bahay-kubo. It’s inspired by the Pinoy penchant for inserting things in crevices, jambs, joists and holes in walls.

“After the exhibition, our bahay-kubo will move to the Philippine Embassy in Prague to house Jose Rizal memorabilia in celebration of his sesquicentennial.”

De Leon promises that he and the contingent will learn as much as they can from artists from all over the world at the quadrennial, and bring back information to the country through a design congress he has in the pipeline.

“We plan to hold it before the year ends, and it will be for artists, practitioners and students.”

The quadrennial also has workshops, lectures, discussions and presentations, and, of course, performances. Filipino students and performers will be joining the contingent as dance and choral performers.

Performers from Passi City, Iloilo, have been tapped to present “Los Pintados,” a dance-theater piece inspired by “Sinagnayan,” the 10th epic of Panay Island. They will also interpret the Ceubano dance ritual Sinulog in a streetdance showdown.

The bahay-kubo will come with Filipino hospitality by way of audience interaction.

“We’ll have a ‘Filipino Costume in Flux,’ where every day 10 selected delegates or guests will be dressed up in Philippine costumes and will be taught to perform portions of different Philippine literary or musical pieces. These impromptu performances will be videotaped and shown at the Philippine Pavilion,” says De Leon.

PQ awards medals for excellence in different categories. The Golden Triga, is for the Best Presentation for exhibits.

“The countdown is on,” De Leon says. “I am positive the Philippines will bring home the bacon!”