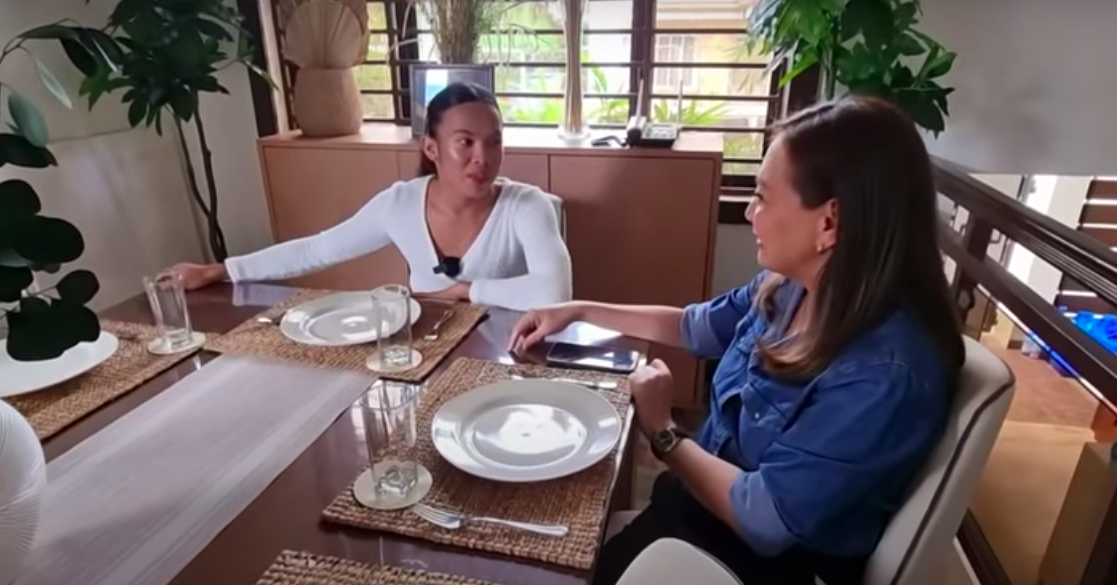 Young comedian Awra Briguela welcomed broadcaster Karen Davila into his brand new house and gave her a tour of the whole property, which greatly impressed her.

Briguela, it turns out, has just transferred to the new house with his entire family, and it has only been just two weeks at the time of Davila’s visit, he stated in a video released by Davila in her YouTube channel last week.

More popularly known as just Awra, he was greatly praised by Davila for achieving his goals, all from his hard work as a comedian-actor, and from making wise choices on how to use his savings for investment. He also recounted their poor living conditions in the past.

(I’m super happy because we used to live in a squatters’ area. Now, it is different because we’re secured in a subdivision. Not everyone can enter [the subdivision] and the house is so beautiful.)

Among the parts of the house Briguela showed to Davila’s fans were the foyer, a powder room, the living room, the dining hall and breakfast nook, the main kitchen, his walk-in closet and the bedrooms.

He joked that in their old home, it’s easier to call a family member; now, they sometimes have to search for each other in the huge house.

(Before, in our old house, we see each other quickly. It’s like when you leave the room, what you’re looking for is just right there outside. Here, you need to shout. We look for each other all around the house.)

“Malaki ang family namin (Our family is big), we need a lot of space,” he also said, adding that there are two babies with them, and his cousins sometimes come over.

Briguela is extremely happy over the fact that his whole family will greet Christmas and the New Year in a brand new house. JB

After being called out for violating health protocols, vlogger apologizes to Awra Briguela

Want to spend a night in the ‘Home Alone’ house? You might be able to