InLife captures the good in life on its 111th year ❮ ❯ 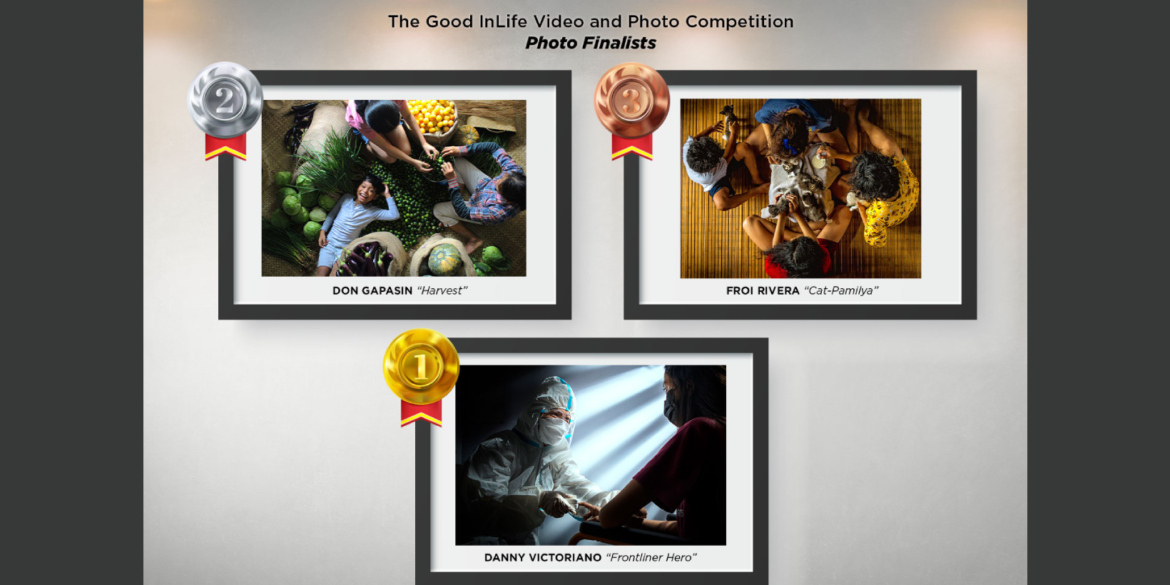 InLife captures the good in life on its 111th year

It is often said that one’s true character is revealed during difficult times – when there are challenges, or during moments of struggle and unease.

To the Filipino, these are the moments where he emerges triumphant. These are the times when he sees the silver lining in the situation and choose to focus on the good that life has to offer.

For our 111th anniversary celebrations, InLife launched a nationwide video and photo competition where entrants were asked to highlight the good in life, as expressed through Filipino values.

What came out from the entries are a surprising array of heart-tugging and astoundingly inspiring stories and images that focus on the family, the love for others, and service towards our fellow Filipino.

The grand prize went to Crismel Gida who gave us a moving short film called Padyak. It is a story about resilience and the will to thrive amidst adversities.

The film offers us a glimpse of the Filipino’s innate longing to make something out of himself in any situation, confident in his ability and guided by his faith in the Lord.

Adjudged 2nd best short film was Ninoy Tuyay’s entry that tackles the theme of being strong for one’s family. “Mga Mata ng Pag-asa” narrates a father’s concerns going through the pandemic and the uncertainties that it brings.

Yet looking at the situation through the eyes of the child, perspectives change. Ultimately, this short film teaches the viewers that the values that we hold dear will get us through difficult times, for one’s family and for others.

It may seem trivial, but the short film “A new reality” presents another perspective in looking at the pandemic: the youth’s detachment from social engagements.

As the third-place winner, “A new reality”, which was created by Angelo Christian Crisostomo, tells a story about being stuck in one’s home and the ways that the youth of today do to cope with the situation.

“This short film is based on my experience. May pandemic, bawal lumabas, mahirap siya lalo na sa mental health,” explained Angelo who further shared that the youth are also suffering from the disconnect that the lockdowns imposed. 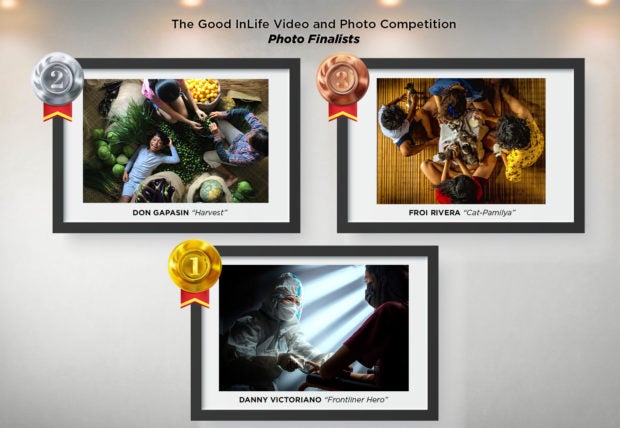 Some of the most dramatic depictions of the good in life were captured in the photography submissions.

Of these, there is none like Danny Victoriano’s winning piece, Frontliner Hero, where a medical worker is perceived to happily render service behind a protective mask. The second prize went to Don Gapasin’s ecstatic image of a boy, enjoying a plentiful harvest in the countryside. The third best photograph went to Froi Rivera’s “Cat-Pamilya”, a unique take on what it means to be family that transcends the human experience.

The Good In Life

InLife’s video and photo competitions garnered hundreds of entries from all over the country, each one of them offering a different vista of what consists the good in life.

Although perspectives might differ from one another, what is clear is that no matter the human condition, life can be fulfilling even during difficult moments.

Our grand winners just proved it!