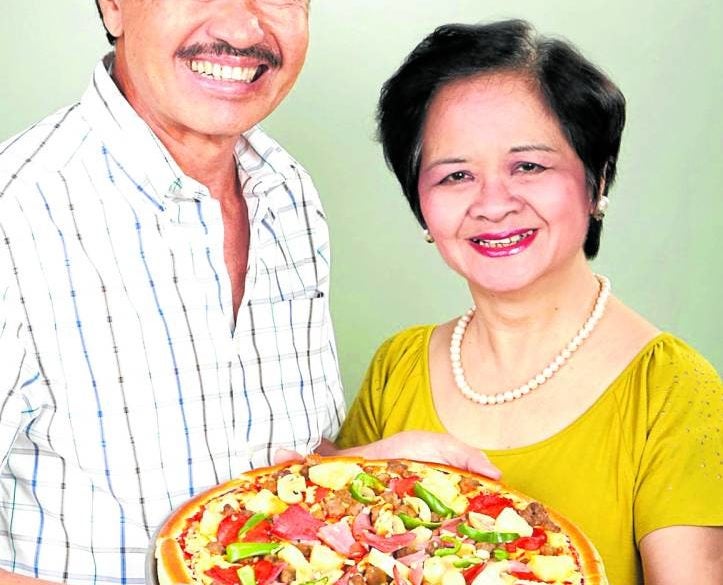 Ed started business by opening the snack food stall R&W Foods at Virra Mall Greenhills in 1980. In 1986, he told Tess that he wanted to open food stalls in San Beda College (SBC), Mendiola. Tess, who worked as a finance and administrative director for San Beda Alabang, didn’t immediately get on board. Despite Tess’ apprehensions, Ed convinced her that it would be a good venture as there was high foot traffic in the location he had picked out.

Aside from serving lunch fare and the usual snack items, Ed and Tess thought about serving Pinoy-style pizza. Tess took a course in pizza technology at the prestigious American Institute of Baking (now known as AIB International) in Kansas City. She developed Lots’a Pizza’s signature parbaked crust and sauce.

Their investment paid off. Customers loved Lots’a Pizza. Tess left her day job to focus on the business.

Lots’a Pizza operates commissaries in Las Piñas, Pampanga and Cavite. It is among the Top 5 pizza companies in the Philippines and foremost in the takeout and quick-serve category.

In 2000, Lots’a Pizza started expanding. Ed presented the idea of franchising to Tess. The decision to get into franchising proved to be another win. In fact, its success has been recognized through several awards.

In 2020, many businesses had to shut down due to COVID-related restrictions. But almost all Lots’a Pizza outlets managed to stay open.

Tess said, “We have a number of outlets that are located in supermarkets. So, when supermarkets opened, they were also allowed to operate. Our takeout and delivery options sustained us during these trying times.”

“We haven’t stopped learning,” said Tess. “We do have an advantage because we are pioneers in our level of business. We have also maintained our integrity, credibility and the quality of our products.”

For Filipinos who are thinking of putting up their own business, Tess advised: “You should know every aspect of your business. You should be able to answer any question about your business immediately. Hindi pwede ’yung tatawag ka pa ng ibang tao to find out what’s going on.”

Their son Robert, now Lots’a Pizza’s vice president/general manager, started out as a bodega helper. He also had a stint as part of their service crew. He graduated with honors from Ateneo Graduate School’s Masters in Entrepreneurship course and is primed to take over the business.

The company treats its employees like family. “We want them to feel that this business is also their own. Importante na may malasakit rin sila sa negosyo,” said Tess. “I don’t see them as mere employees. For those who later move on to other companies, it would be great if they are also able to start their own businesses.”