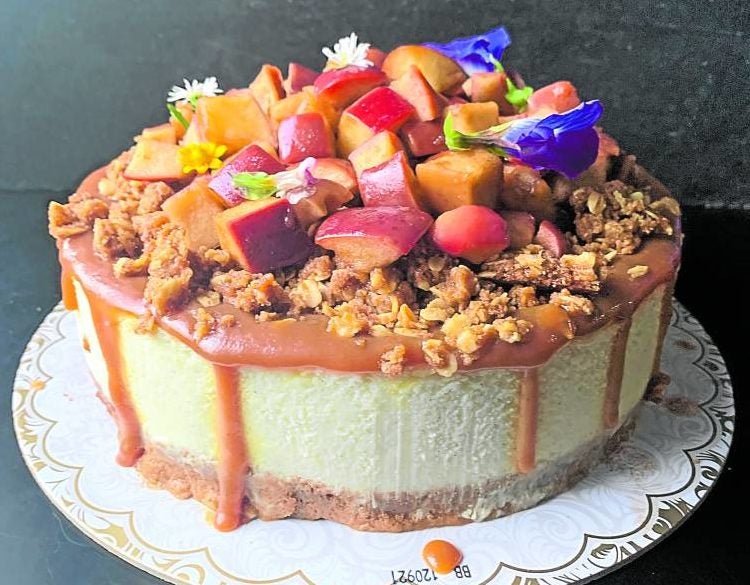 From the lightest Blueberry Mascarpone Cake to Bibingka Ensaymada Cheesecake, here is the cream of the crop

Over the course of the pandemic, we found solace and sweet satisfaction in Wildflour’s cremadettes, ice cream flavors from homegrown brands, burnt cheesecake variants, donuts with playful fillings, and endless ube cheese iterations.

In terms of cakes and pies, these are the ones released this year that left quite an impression. I may not have sampled all of the metro’s pastries to come up with a legit best list, but I was fortunate to have discovered a good recommendable dozen that stands out from a wide assortment of desserts.

The brand that has mastered the art of making brazo de Mercedes and pumping it with different fillings like ube and pastillas, salted egg, and matcha has turned their popular cake roll into a beautiful pie. There are just three layers to Pixie Sevilla’s kooky creation—cookie crust, a zingy calamansi custard, and fluffy cloudlike meringue—and though simple, each offers texture and flavor resulting in a great mouthfeel.

Released in time for Mother’s Day, it is the only one on the list without any creamy component. It is void of mousse and frosting. Just a tender body studded with fresh and tart blueberries and a crumb made of walnuts, cinnamon, brown sugar and butter. It’s a pretty simple pastry, yet it gives just as much satisfaction as the more intricate cakes in the lot, which is a testament to Roshan Samtani’s capabilities. 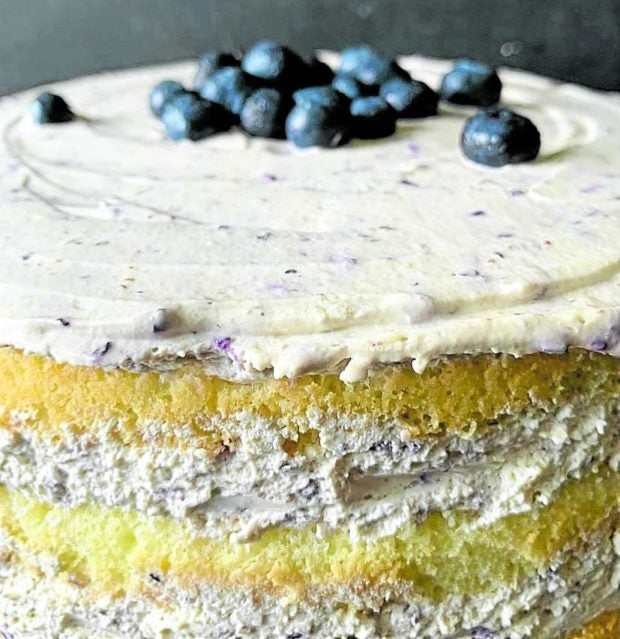 “I wanted an homage to the blueberry cheesecake I loved as a kid,” says baker Camille Ocampo. The result is lemon chiffon cake with fresh blueberries and mascarpone cream from local cheesemaker Casa Formaggio. It’s the lightest cake in this roster, in terms of body and flavor, and sometimes, that’s all you need when wrapping up a heavy meal.

To address the consequences of the pandemic, a handful of friends in the wedding industry teamed up to start the Serendipity Gourmet. Barely 3 months old, they have produced two types of chocolate and berry pies, but my favorite is the gel-encased custard with pops of fresh mangoes and blueberries, all nestled in a flaky croissant-like base.Fruits and Yogurt Entremet by The Workshop

On print, the cast of characters might sound like an odd mix—mango and strawberry yogurt mousse, passionfruit gelée, matcha almond cake, whipped dark ganache, crumbly cookie crust. But somehow, the pastry wizards at The Workshop manage to make it work, not just in presentation but also in balanced texture and flavor.

Joyce Urieta’s Pavlova 2.0, meringue layers decked with whipped cream cheese and a bevy of fresh fruits, became such a bestseller that she thought of producing another flavor. The result? Crispy and featherlight meringue layers with pistachio pastry cream and chopped nuts. No artificial flavorings are used, only the real thing. Campfire S’mores Cake by The Flour Pot

There’s a lot to love from Flour Pot’s cake roster. I have always liked baker Rhea Sycip’s Strawberry Shortcake, and her recently released Mazapan de Pili Caramel Cheesecake is a clever creation. But of the lot, her cake version of S’mores, for me, trumps the rest. She has come up with an organic graham cracker butter cake with choco ganache and torched marshmallow icing.

The people behind the pastry brand are not fans of supersweet desserts and so they came up with banana bread that has typically savory elements to balance the taste. Their version of the pimped-up cake loaf uses overripe bananas and has mascarpone in the frosting instead of the usual cream cheese, miso in the caramel, and for texture, candied walnuts. It’s an ensemble where each component has an important role to play.

Bibingka Ensaymada Cheesecake by The Cake Is Lava

The creamy lava cheesecake incorporates galapong in the batter before it’s baked in a banana leaf. Then it is topped with buttercream, dulce de leche and queso de bola for traces of the classic ensaymada. Reheated in the oven, it emerges like baked brie, with the middle resembling a delicious soft custard.

This young brand has come up with some of the fanciest cakes in the metro. My favorite of their 2021 releases is the most recent, a creamy cheesecake with contrasting textures and flavors in the form of salted caramel and apple crumble. The tanginess from the cake and apples works well with the sweetness of the rest of the components.

In time for the holidays, the master home baker released a new variety of her famous torte. It’s made of butterscotch budino, salted caramel, caramel crémeux, and a very light caramel whipped cream in between walnut meringue layers. “I’m trying to debunk the notion that caramel is sweet and cloying,” says Samtani. It succeeds in doing that and does more by showing her capacity to hit just the right amount of sweetness with the different forms of caramelized sugar.

Released in time for Mother’s Day, it’s a cashew meringue cake on a cashew cookie crust crowned with whipped cream and cubes of fresh mangoes. It’s light and not so rich, allowing you to enjoy more than your fair share. Plus, it’s well-balanced and spot-on in flavor and mouthfeel that the satisfaction lingers long after, leaving a delicious imprint on the palate.