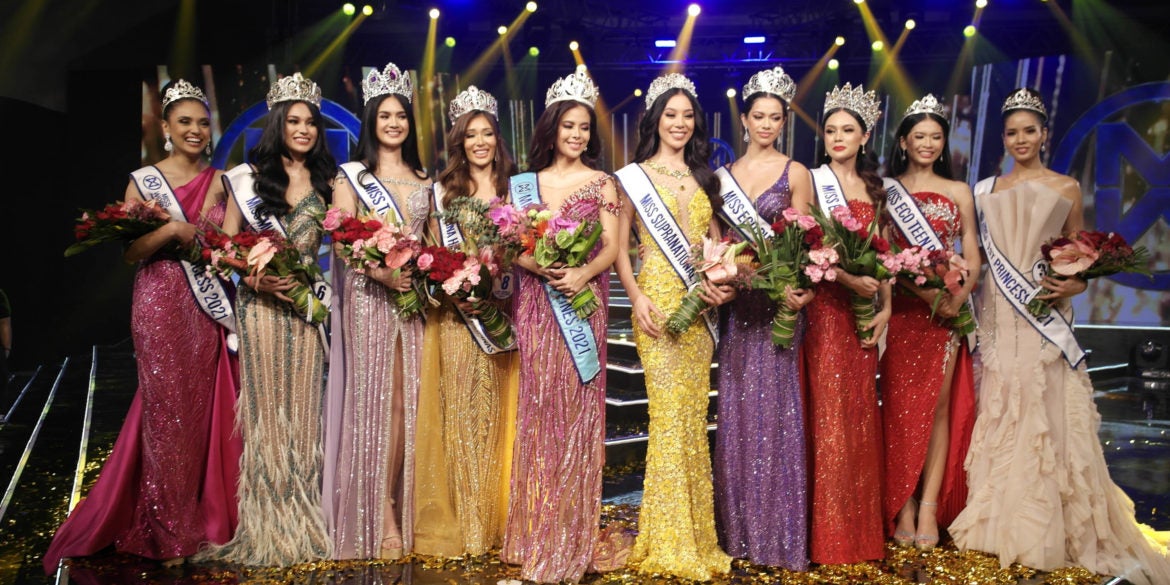 FAIREST OF THEM ALL Miss World Philippines Tracy Maureen Perez of Cebu City (fifth from left) beams to the crowd with her court. —ARMIN P. ADINA/CONTRIBUTOR

MANILA, Philippines — The Philippines has been dominating the international beauty pageant arena, with the turn of the millennium seeing prestigious titles going to Filipino beauties, and the country making records with consistent placements in several competitions.

The Philippines copped the most crowns in the Miss Earth pageant with four winners, including an unprecedented back-to-back victory, and ranks second in the Miss International pageant with a total of six crowns, next only to Venezuela’s eight queens.

In the Miss Universe pageant, the Philippines is the fourth winningest country with four titleholders, and currently holds the record for the longest ongoing streak in the semifinals that started in 2010 with Venus Raj’s phenomenal performance. Pia Wurtzbach broke a 42-year title drought when she captured the crown in 2015, and in just three years, Catriona Gray gave the nation its fourth victory.

But the London-based Miss World pageant is a different ball game. Established in 1951, the global tilt only saw its Filipino delegate in 1966.

Fifty-five years since the Philippines first joined the Miss World pageant, only 20 Filipino women have managed to survive the first cut.

Twelve Filipino women finished in the semifinals, the latest of whom was Michelle Dee, daughter of 1979 Miss International Melanie Marquez, who landed a Top 12 spot in 2019. Three more delegates cracked the Top 5, including Gray who saw action on the Miss World stage two years before winning in the 2018 Miss Universe pageant.

The Philippines was only able to win the “blue crown” in 2013 when Megan Young triumphed in the global tilt’s 63rd edition.

Now, Cebuana engineer Tracy Maureen Perez is on a quest to bring the crown back to the country just eight years since the Philippines scored its first victory. The Filipino beauty has already earned a guaranteed spot in the Top 30 when her “Beauty With A Purpose” initiative was included in the five projects chosen by the Miss World Organization.

She is competing against 96 other aspirants for the crown, which will be awarded at the culmination of the coronation ceremonies to be staged at the Jose Miguel Agrelot Coliseum in San Juan, Puerto Rico, on December 16 (December 17 in Manila).