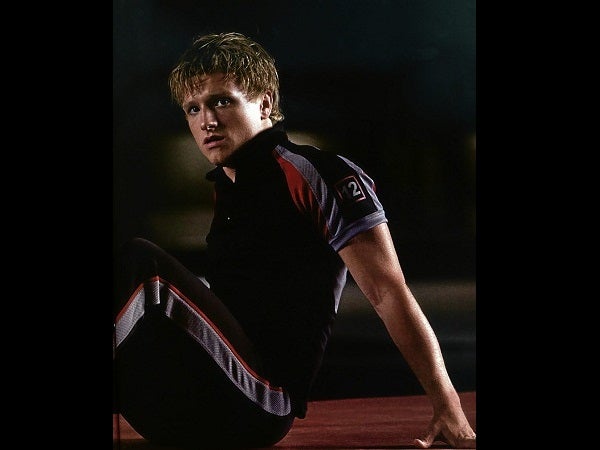 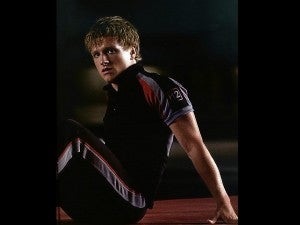 Jennifer Lawrence, who plays Katniss Everdeen in “The Hunger Games,” revealed to Seventeen magazine just how hard it is to choose between the two hunks of the movie: Gale (Liam Hemsworth) and Peeta (Josh Hutcherson). “I think I was [Team] Gale until he started getting a little too trigger-happy. Or maybe first Peeta and then Gale or Gale, then Peeta? I went back and forth. I flip-flopped,” she said.

But at the premiere in Los Angeles, it was Peeta who got a lot more love from lucky Hunger Games fans who camped out at the venue, carrying posters and banners declaring their adoration for the baker boy.

We asked Hunger Games fans to weigh in. Who’s their pick—the hunky hunter or the boy with the bread?

“Definitely Team Gale, but just because the actor portraying him in the movie is so much hotter than the one playing Peeta.” – Klara

“Team Katniss! I hate choosing between the Gale and Peeta. It’s like making me choose between Edward and Jacob!” – Judy

“I think I’d love to marry someone like Peeta but I’d secretly wish for Gale to steal me from him.” – Joy

“Peeta. I think Gale’s a jerk. He has his good traits but he has his shortcomings also.” – Eve

“Team Peeta. He’s the type of guy you know you need to hate but end up liking.” – Anika

“Team Gale. Because he’s the best friend. And as selfish as he may seem, he just wanted a life for the two of them. Peeta’s a good man, but Gale would’ve been perfect for Katniss.” – Nestle Nido

“I like the history/past of Katniss with Gale more than her history/past with Peeta. It’s more interesting.” – Ailyn 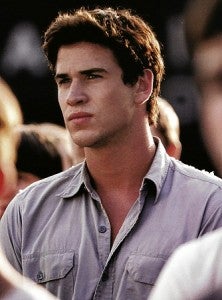 “Peeta because while I didn’t like him at first, he grew on me. I am pretty sure it’ll be the same case with the movie.” – Donna Jane

“Team Peeta because it’s cute how he’s had a crush on her since they were young. It’s romantic how they have that history.” – Polo

“Katniss is better off with Peeta. So I can have Gale all for myself.” – Bernie Castro

“I like that Peeta was able to save the life of Katniss several times, which makes him a hero in my eyes.” – Jix

“At first I was rooting for Peeta and then I switched to Gale, but now I’m back to Peeta. It depends, actually. I like them for different reasons. Peeta is such a sweetheart and Gale is so manly.” – Jemymah

“Gale because he and Katniss know everything about each other because they’re friends since they were kids, and Gale has always been there for her all throughout.” – Carlo Zacarias

“Team Peeta. I love how he can sacrifice so much of himself for Katniss. He exudes a certain level of maturity that is very endearing.” – Chynna Ortaleza

“I am for Team Peeta because I like his personality, he has a good heart. He’s loved Katniss since he was five years old and he will do anything for Katniss.” – April Lim

“I went back and forth from Gale to Peeta throughout the 3 books. But if I have to choose …

“Team Gale! I think Katniss loved him passionately and her love for Peeta was platonic.” – Jamie Mirasol-Lozano, teacher

“Team Peeta. Why? Because Peeta loves Katniss with everything that he is.” – Diamond Landingin, admin officer

“Team Peeta! Gale isn’t the one fighting for his and Katniss’ life in the Hunger Games! Although I do think the actor playing Gale is hotter!” – Kat, 33, accountant

“Team Gale, I think. Though I haven’t read the second and third book, I’m Team Gale because I think he inspired Katniss during the Hunger Games. It was Gale who taught Katniss to be strong and have that will to survive and asking her to run away from the district is kinda cute.” – Karen, engineer

“Team Peeta! Because he knows how to bake and I like a man who can make me baked goodies!” – Joy Vrlec, SPED teacher

“I was rooting for the Gale-Katniss tandem ever since they appeared together in the book. I find their story sweet. They were enemies-ish at first. And then they became best friends. I’m a fan of this kind of story. Their relationship isn’t just based on being in love with each other. And they aren’t too cheesy when they’re together, but they still appear as sweet in a different way. This is the perfect love story for me. And isn’t it cute that he has a clever pet name for her? Catnip!” – Jenn Besonia, student

“I am on Team Peeta, the boy with the bread, because for Katniss he is like the bright yellow dandelion in spring. Peeta showed her that change can bring about rebirth, instead of destruction. He also showed her the promise that life can go on, no matter how bad our losses and that even after all what happened to her, life can be good again.” – Charly Chiw, physician

“Team wala. No kilig factor with either one but if push comes to shove, Team Peeta na lang kasi besides being cute, he has a golden heart, he’s always looking out for Katniss and he’s a baker pa. No comparison talaga sa Twilight kasi the guys in The Hunger Games didn’t have to constantly rescue Katniss unlike Bella who’s always helpless. Pwedeng Team Cinna na lang? Silent, strong and sexy. Lenny Kravitz talaga!” – Angela Aveo Noriega