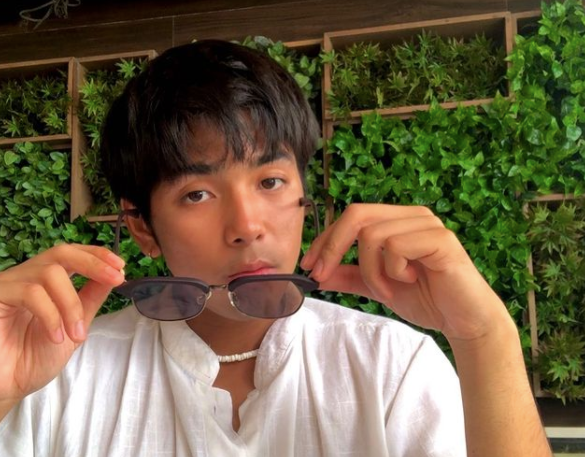 In it, Tria plays the cousin of lead star Seth Fedelin in the series, making this Tria’s second TV project after “Click, Like, Share” which also starred Fedelin and Andrea Brillantes.

“Coming to the project, I am very new. I think what I learned the most is to stay relaxed while coming into a scene,” he said during the online press conference for the series, Dec. 20.

He explained that this is helpful because he tends to overthink in his scenes.

“‘Yung emotions na gusto kong ilabas ay hindi ko nagagawa (The emotions that I want to bring out, I am not able to). So, I think it is important to be prepared before entering the scene, and then once you do it, you have to be relaxed and confident in yourself na ‘yung (that your) preparation… is enough,” he explained.

Tria also admits he felt nervous while making the series, due to the pressure of him being a new actor. He wanted to prove himself and worked hard. Thankfully, he was supported by his castmates. He also admitted that his mom was also of great help.

“After my workshop with direk Rahyan Carlos and before entering [work in] ‘Saying Goodbye,’ I was breaking down the script with my mom,” he shared. “Kasi gusto ko siyempre na alam niya ang plano ko for the project and makita niya ang preparation ko for it and ask also for tips.” (Because of course I wanted her to know my plan for the project, and I wanted her to see my preparation for it, and ask also for tips.)

This made him realize that the pressure he has been feeling is actually a good kind of pressure.

It’s official! Edu Manzano and Cherry Pie Picache are in a relationship