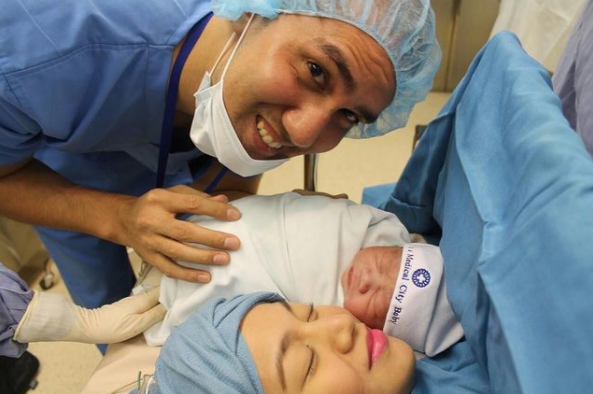 Singer Kyla Alvarez recently reminisced about the day she was to give birth to her firstborn son Toby Elsiah.

“This picture keeps popping up. Ewan ko ba (I don’t know why),” she said on her Instagram page yesterday, Dec. 22, where she also shared a photo of herself with husband Rich Alvarez and their son.

“During that time I was in labor, that moment when I was supposed to leave for the hospital already because I was already in so much pain, I still managed and insisted on showering before leaving the house,” she narrated. “Kase di ba? Parang dapat maligo ka eh bago manganak.” (Because, isn’t that right? It’s just right to take a bath before you give birth.)

“My husband was like, (I’m not sure if he was mad or excited or scared) was telling me we should leave right away,” she added. “Taranta na sya. Wawa naman.” (He was already frazzled. What a pity.)

Immediately, she got the baby bag and the luggage that was already prepared weeks ago, and made sure she had her makeup bag, too.

Amidst the pain, amazingly, Alvarez was able to put on some make-up, applying lip and cheek tint.

(Look at that. It’s pink through and through. Let everything be erased except my lip tint [laughs]. I really told my husband that I want to look good in my first picture with our baby. The sacrifice was worth it, right? At least it’s a good picture. That’s all. It’s a happy thing to remember.) JB

Kyla wishes to have another baby