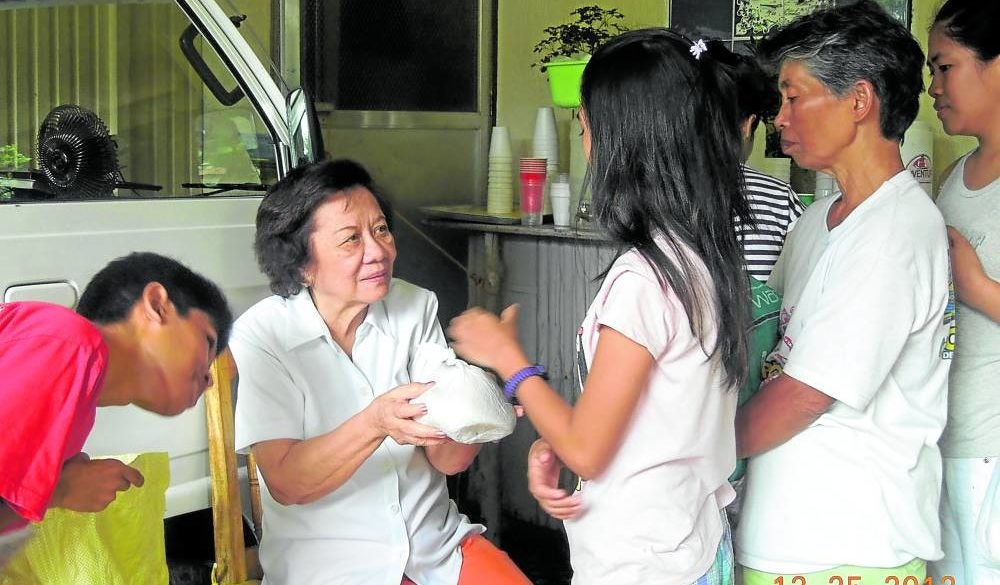 Remembering my late grandmother this Christmas

“Let us all rejoice in the Lord, for our Savior has been born in the world.

Today true peace has come down to us from heaven.”

Why are memories so powerful? Because they are remembrances, fragments still in our head, of a real event that did happen and that, in some way or another, we experienced for ourselves.

My late grandmother, Alita Mendoza Solon, died in July. To us, she was Lola Alit, but she was known to thousands—literally—as “Ma’am,” “Ma’am Alit” or “Nanay Alit,” especially to the seminarians and priests of the Archdiocese of Cebu. She lived in Cebu all her life.

I won’t deny that Lola Alit was quite financially well-off, though she didn’t always make it known. She also spent money wisely. When she had a stroke in late 2016, she never fully recovered from it. Thus, from 2016 until her death, she was surrounded by wonderful caregivers. She underwent dialysis more than once a week for almost five years.

That, for me and my family, is a memory.

What is also a memory is how she spent her money and time in other ways, especially during Christmas Day. Of course, she would spoil us, her grandchildren. That’s a given! But more than that, she gave to the poor. She really, really gave to the poor. And she not only gave to them, she invited them into her home. This is something I will never forget.

Almost every Christmas break, my family would travel from Quezon City where we live to Cebu, to visit my Lola Alit.

Everyone in my family knows what happens on Dec. 25 in her house: her annual Christmas lunch feast! Hundreds of guests, many poor and many she didn’t know personally, would come by the house to feast on a hot lunch, for free. It’s the busiest time of the year in Lola Alit’s house.

Menudillo would be cooked in mega-sized pots and pans. Loads of rice would be cooked, too. After the menudillo and rice were cooked, they would then be plated. The plates would then be laid out on the dining tables that were set up in the garage of lola’s house. Then, a batch of about 20 guests waiting by the gate of the house would be let in to eat.

Everyone in the family had their own tasks for the day. I’d usually help out in plating the food. My siblings would bring them to the garage and lay them out on the dining tables. Others would fill glasses with water. Others would wash the used utensils inside the kitchen. Then, before the guests leave the house, Lola Alit would be waiting, sitting down, bags of rice ready to give them.

That process would repeat again and again—literally hundreds of people would patiently wait for their turn to eat.

I’m 22 today and this was a Christmas Day tradition we’ve had since I was small. If my facts are correct, Lola Alit, her husband Lolo Nene, and her children, including my mom did this for decades. It only stopped in the Christmas of 2016 because of her stroke. Otherwise, it would have continued.

I miss that tradition. It’s been six years since we last did it, and this is the first Christmas Lola Alit isn’t with us anymore.

But, of course, not everything in life is permanent. We had to come to terms with the fact that the decades-long Christmas feeding tradition of my Lola Alit eventually had to come to a close.

A lot has changed since we last did it. I’ve now graduated from college. I’m pursuing my first master’s degree, in graduate theology, and I plan to teach undergraduate theology in the future. But what hasn’t changed are the memories of those Christmas Day feasts: the smiles of the guests; the joyful busyness of those preparing the food; and the delicious Cebu lechon and pusô (rice wrapped in leaves) we’d feast on after the feeding.

I now realize that we all have our own talents. Not everyone has the logistical capability to do something like that, and I think that’s alright. But we all have to serve and give back, at least somehow, even in very small ways. We aren’t islands, we all need each other. As the song goes: “And may the spirit of Christmas be always in our hearts!” —CONTRIBUTED INQ

The author is pursuing his master’s degree in Catholic Studies with the Franciscan University of Steubenville in Ohio.