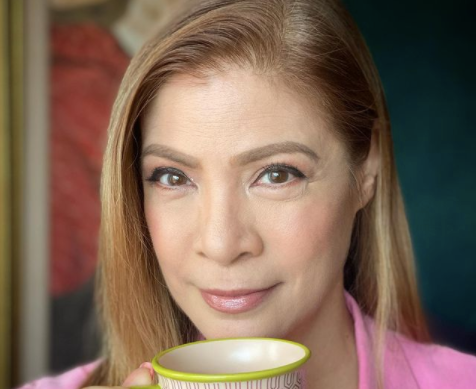 Amid advancements in technology and the presence of numerous online apps, veteran character actress Pinky Amador thinks that a celebrity can treat this mix of traditional media and social media as more opportunities for work.

Working for the first time with a younger cast composed of Jeremiah Lisbo, Daniela Stranner, Kaori Oinuma, and Anthony Jennings for the film “Love At First Stream,” Amador was asked about the difference of working then and now, in the face of changes in technology.

“It’s not just that they’re many of them, I think the difference now sa panahon namin (during our time) is that ngayon nandiyan na ang social media. So, sa panahon namin, you have the traditional media. Meron kang pelikula, meron kang TV, tapos meron kang entablado plus may live gigs ka,” she said during the online press conference for the movie last Dec. 14.

(Now, there is social media. In our time, you had traditional media. You had movies, TV, the stage and live gigs.)

But now, things have changed as “you have a YouTube channel, you have streaming on Kumu, you have TikTok,” she noted.

([You go] where you are strong, were you are more fit, where you have following. Not only because these present more work, actually, you in fact need to be more focused because there are so many options now. You need to have management skills.)

Aside from getting focused, a celebrity must be guided on what to do, on how to handle social media.

(It’s hard when no one is guiding you who knows both social media and mainstream, and face-to-face interactions and is professional. They need to do so much, although at the same time, they have more outlets to show their talents.)

Amador plays mom to Jeremiah Lisbo’s character, and she has nothing but praise for him and his fellow castmates.

(They are all good kids, to be honest. Miah is the one playing my son here, and he’s such a good kid and he works very hard.)

Without saying too much on her “son,” Amador explained why she is so supportive of Lisbo’s endeavor.

(We are just really fully supportive of Miah because he did this sort of gimmick to endear himself to the girl he likes. Only, he doesn’t know too well if the girl also likes him.)

“Love At First Stream” is one of the official entries in this year’s Metro Manila Film Festival which had its opening last Dec 25. JB