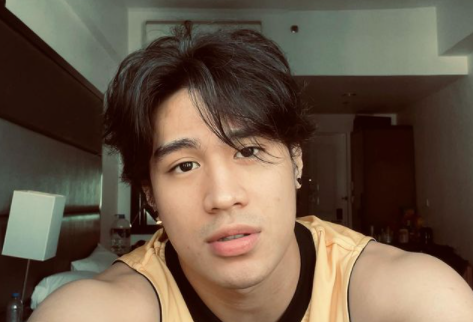 Jeremiah Lisbo is happy with the ‘leading man’ tag

Newbie actor Jeremiah Lisbo is being tagged as the new leading man in Philippine showbiz and he’s tickled that he’s reached that status.

(That’s heavy, but if they are labeling me as a leading man, thank you so much if you see that potential in me. I am very thankful for all your support.)

Originally, Lisbo’s role in the movie was intended to be portrayed by “Pinoy Big Brother: Otso” housemate Rhys Miguel, but the latter has dropped out of the movie “due to personal matters.” According to Lisbo, he was “handpicked” to play the part.

(They made me read the script and I liked it very much. Who else would be picky, right? The story is beautiful and direk Cathy will direct it.)

Lisbo also admitted he has been wanting to work with Oinuma again, who he describes as very open, giving and vulnerable.

Despite being new, Lisbo felt no pressure at all while doing the film.

(There’s no pressure because I am with my Kapamilyas. Our trust with each other is so huge, and that’s it. When you are with your family, you got strength.) JB