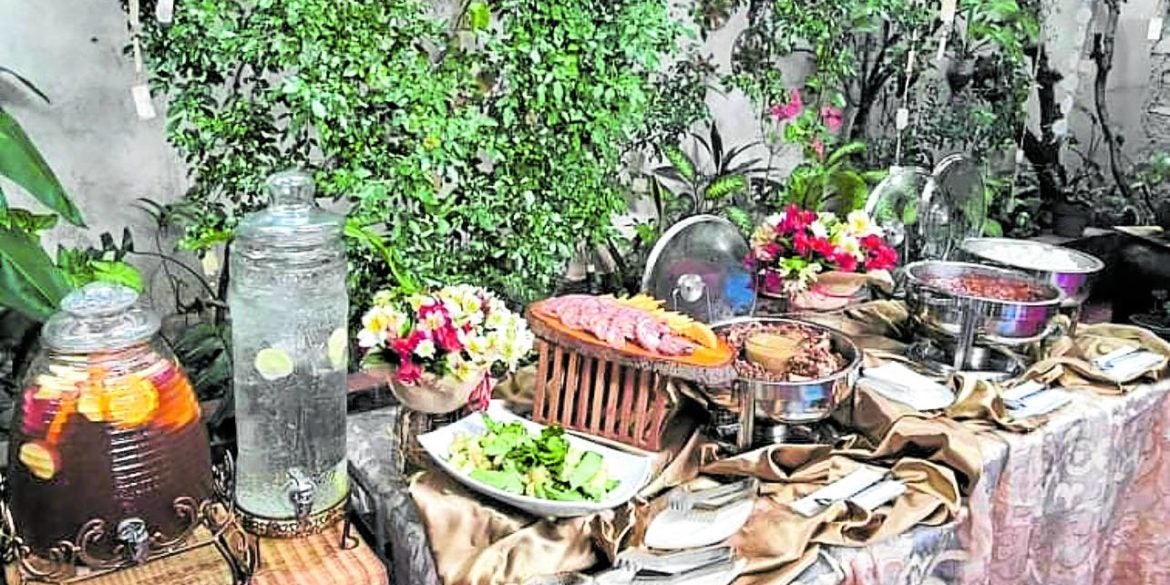 Chef Dominic Faustino recreates the Nakpil Banquet to celebrate the feast of the Black Nazarene.

On Jan. 9, we will celebrate the feast of the miraculous Poong Nazareno. To celebrate it, a commemorative feast will be prepared as they did, circa 1950s, at the famed Nakpil-Bautista residence, what became known as the Nakpil Banquet.

The church and the Nakpils share a rich history. In 1929, when the church caught fire, the Nakpil women, headed by Doña Encarnación Nakpil de Orense (wife of then Batangas politician Eusebio Orense), along with their neighbors, raised funds to rebuild it.

And it was Juan F. Nakpil, the first National Artist for Architecture, who was chosen to oversee its reconstruction in 1933 by Fr. Magdaleno Castillo.

When Manila was bombed during World War II, the venerated image of the Black Nazarene was kept in the Nakpil house.

The second and third generations of the Nakpil brood intimated that in the early days, there were no buildings in front of the Nakpil house on Calle Barbosa (now A. Bautista Street).

There was no island dividing Quezon Avenue, only a small strip of land in the middle. There was no Main Theater then that blocked the direct view from the house to Plaza Miranda of the Church of the Black Nazarene, also known as the Parish of St. John the Baptist.

On the day of the fiesta, they recall being fetched from school by lunchtime to travel to Quiapo before the tidal wave of humanity thickened in the afternoon.

The procession carried on for hours. It was an incredibly thick crowd that moved slowly as it made its way along the streets of Quiapo by nightfall.

In the morning, people walked around freely throughout Hidalgo Street. Some houses and establishments had altars with the Nazareno image, a practice still carried out today.

There were marching bands all over. There was even a competition sponsored by commercial establishments and by different religious associations in the area.

Julio Nakpil, a musician, was asked to be one of the judges for the best band at a ceremony that later took place at the Plaza Miranda.

Their street was a small side street included in the traditional venerable route, the last block, before the procession turned left to Escaldo Street and onto Quezon Avenue which it crossed directly into Plaza Miranda and into the church.

For the children, there was an exquisite view of the traslacion passing the Nakpil house through the grilled ventanillas, below the totally opened ventanas where the adults silently venerated the Poon.

The andas carried the Poon surrounded and protected by hijos. It was borne on the shoulders of its bearers, mamamasan. It was mesmerizing to watch, the synchronized push-and-pull dance of the bearers.

All wore deep dark purple T-shirts, all bore white towels used for their sweat, while devotees had their towels, too, to be thrown to the hijos to be wiped on the holy image, the pahalik, and thrown back to them.

There were ladies who followed, also clad in deep purple garments, and they wore a dark veil on their heads which covered their faces, over which a crown of thorns sat. Men and women in their bare feet remain a tradition to this day.

Decades later, the ties that bind the Nakpils and the church remain strong. The historic image of the Black Nazarene is brought to the Nakpil ancestral house for repairs before and after the grand traslacion, where it is taken care of by the famous santo sculptor Narciso “Ner” Maglaqui in the home’s zaguan.

The clan is known for their discriminating palates. The Nakpils, who studied art and music, pursued culinary arts under Doña Aurea “Auring” Ocampo-Escaler.

Their grandmother, Gregoria de Jesus, was widely known for her culinary skills and was often the banquet’s “master chef.”

While Nina Nakpil-Campos, Butch Zialcita, Bujing Escaler and Bobbi N. Santos-Viola patched up memories of the fiesta banquet that commenced after the procession left Barbosa Street, chef Dominic Faustino, who belongs to the third generation, recreated the menu.

It consisted of the following: a chunky potato salad with bits of chicken, celery, green onions, homemade mayonnaise, coarse sea salt and fresh ground pepper to taste; and Cabeza de Jabili, a Spanish dish that uses the head of the wild boar, served as a cold cut and best eaten with pickles.

There was also Pancit Molo, made with ground pork mixed with chunks of jamon, huge cuts of shrimp, green onions, and wrapped in handmade molo wrappers. They were slow boiled in broth, made rich by pigs’ knuckles, boiled till thick. Ham was a part of the feast, a whole leg, store-bought from Excelente. A whole lechon was roasted at the zaguan area below the house. For dessert, there was leche flan and mantecado ice cream, a secret of the family cook made with egg yolks, fresh milk and coffee.

Salt and pepper, to taste

Clean chicken and tuck the deboned chicken wings and legs inside. Rub with salt and pepper and pour wine. Marinate overnight.

Put mirepoix and chicken bones in the pot along with the galantine. Boil 1-2 hours then let it rest and cool.

Once it is at room temperature, refrigerate and serve cold.

Celebrate the Fiesta of the Nazareno by savoring some commemorative dishes from the Nakpil Banquet prepared by chef Dominic. (Tel. 0918-9511085) INQFollow @iamreggieaspiras on Instagram and Facebook; reggieaspiras.com.