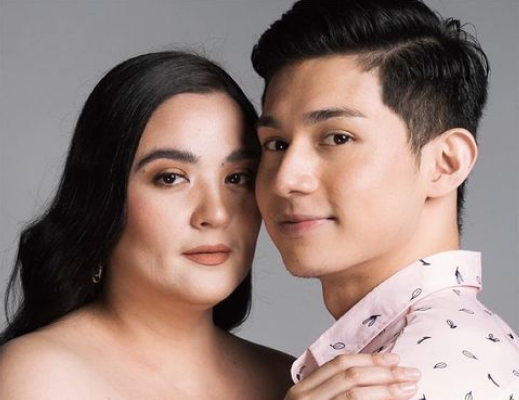 Fino Herrera with Sunshine Dizon. Image: ABS-CBN/"Marry Me, Marry You" via Instagram/@fino.herrera

Fino Herrera’s Luke character fell in love with Sunshine Dizon’s Paula in “Marry Me, Marry You,” and ensuring that chemistry is one task that the actor took to heart, especially now that the series is on its last two weeks.

(She was the first to tell me not to be nervous and to just be comfortable and do whatever I think is fit for our scene. She said she trusts me.)

Herrera admitted that there was awkwardness during the first taping days. But as the production progressed, they were able to get way past it, and they became comfortable with each other.

Herrera is grateful for all the gains he received out of playing his character in “Marry Me, Marry You.”

(First, I experienced a lot of lessons, and of course I gained new friends. There’s the cast and directors and staff who became my friends.)

Fans can still catch the remaining episodes of “Marry Me, Marry You: Merrily Ever After?” on weeknights at 8:40 p.m. via the Kapamilya Channel, A2Z, TV5 and Kapamilya Online Live on ABS-CBN Entertainment’s YouTube channel and Facebook page. Viewers who use digital TV boxes at home such can rescan their devices to be able to access the show through TV5 and A2Z. JB

It’s official! Edu Manzano and Cherry Pie Picache are in a relationship