He builds vintage bikes one frame at a time | Inquirer Lifestyle ❮ ❯ 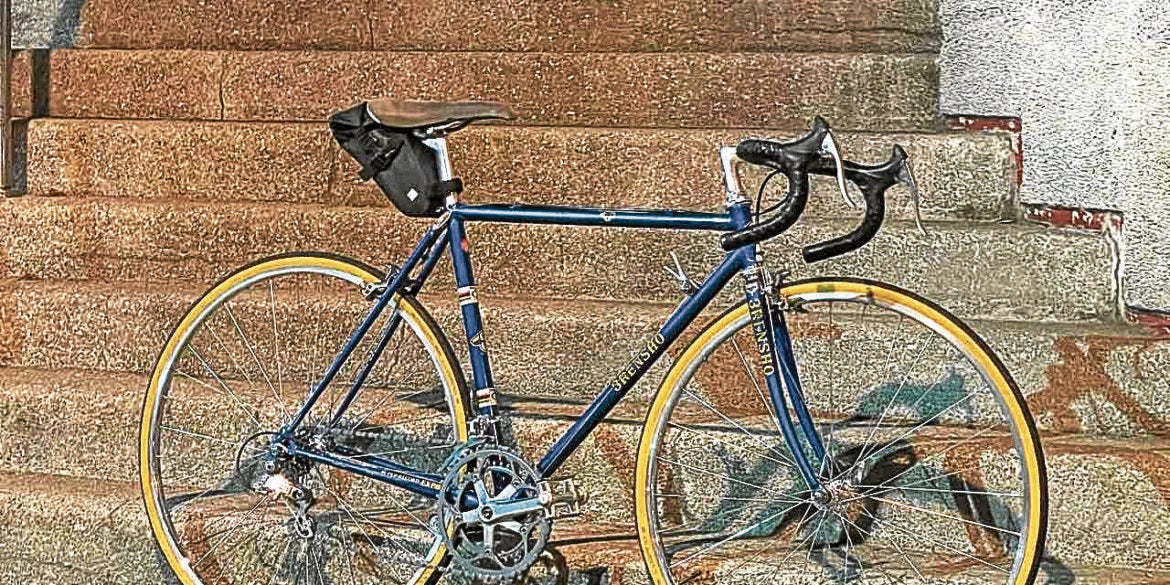 He builds vintage bikes one frame at a time

The gift of a vintage bike sparked an interest that has developed into a profitable hobby. Several years ago, Marlowe Apeles was the lucky recipient of a vintage Nishiki bike, a gift from his father. Its clean lines and matching accessories appealed to him.

Apeles rode his bike and realized that there was a bikers’ community that shared his interest.

“I went to a meetup in UP (University of the Philippines) in 2014 and noticed the level of attention these bikers paid to how their bikes looked; everything matched,” Apeles told Lifestyle. “It was around this time that there was a boom in ‘fixies’—bikes that were put together piece by piece.”

While there were already others in this particular business, he set himself apart by focusing on building vintage bikes. His first customers? Friends of his who began riding with him after pandemic restrictions were loosened last year.

“After our mountain rides, we would go to my house in Rizal where I would tuneup their bikes, do some tweaking. Their cousins and friends found out about it and began asking if I could assemble bikes for them.”

In March 2021, Apeles put up Budolbuddy (@budolbuddyph on Instagram) where he began posting photos of bikes he had built from the frame up. He sources pieces online or scours bike shops in Marikina for parts.

He noticed that people who want a bike built often already have a bike that they might have purchased from Decathlon or one of the stores. Customers—“mainly creative types”—are usually the ones in the market for a second bike.

Another market segment he has tapped consists of petite female bikers who have a hard time finding ready-made bikes that fit them.

“These are women around 5 feet tall or shorter. It’s harder for them because most bike stores just carry standard-sized bikes. What happens is they come to me with a bike frame that they want me to build into a full bike, taking into consideration their preferences when it comes to the final look,” Apeles said.

Unless you know where to look, building a bike from scratch can be a tedious task because finding matching vintage pieces is a total crapshoot. Apeles is always on the lookout for particular “groupsets” for his customers’ mountain bikes and road bikes. A groupset is the collection of components, namely the drivetrain, shifters and brakes, that makes bikers stop and go.

In the less than one year that he has been building bikes, he is known for streamlined finished products.

“The general expectation of customers is that I use modern parts but the results are bikes with a vintage look.”

Before the pandemic, Apeles’ day job was in the administrative department of a property developer. Construction in the residential sector slowed down, he said, and since only a few staff continued to report for work, he turned to his hobby that has since proven to be a lucrative one. “By building bikes for others, I’m able to sustain my interest.”

Now that property development is picking up and he might have to return to his day job, he has a friend who can also do “buildies” so they can share the work.

Apeles now owns over 10 vintage bikes and is cultivating a dream of opening up his own café.“I want to eventually open a bike café in Rizal where I can display my bikes on the walls, and bikers can come in for a snack and we can tuneup their bikes. That’s what I want to do.”