Keann Johnson learns to bond like family with co-stars in ‘Marry Me, Marry You’ | Inquirer Lifestyle ❮ ❯ 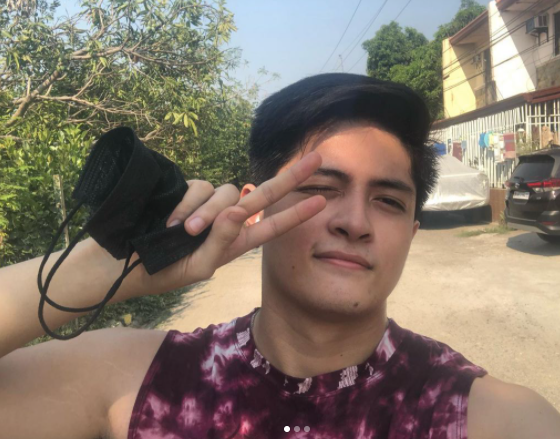 Keann Johnson learns to bond like family with co-stars in ‘Marry Me, Marry You’

If there’s one thing that young actor Keann Johnson learned from his first teleserye, “Marry Me, Marry You,” it is the importance of having a tight bond with his “family.”

Playing Xavier Legaspi, half-brother of Paulo Avelino in the series and son of Edu Manzano and Teresa Loyzaga, Johnson felt that the bonding he had with his “family” of cast mates is truly memorable.

“What I got from this teleserye, on and off camera, ‘yung family bonding namin and that I would cherish forever,” Johnson said during the series finale online press conference last Tuesday, Jan. 4.

But more than that, the star of the iWantTFC series “Love Beneath the Stars” gained more in the acting department.

“And those memories I will also cherish for the rest of my life as an actor and as a human being idolizing these people,” Johnson added.

Meanwhile, about the holidays, he spent it with his real family “in a very safe environment” and with his friends. He also observed one ritual for luck.

(For luck, you know, I just learned it recently. When it’s the New Year, you should have on display a round fruit. They said it brings good luck. So okay, at the last minute I bought an orange… That was my good luck charm this year.)

Now on its last two weeks, “Marry Me, Marry You: Merrily Ever After?” will be airing weeknights at 8:40 p.m. on Kapamilya Channel, A2Z, TV5, and Kapamilya Online Live on ABS-CBN Entertainment’s YouTube channel and Facebook page. Viewers who use digital TV boxes at home need to rescan their devices to access the show on TV5 and A2Z. JB

‘Love Beneath The Stars’ echoes message of ‘The Boy Foretold By The Stars,’ says Keann Johnson