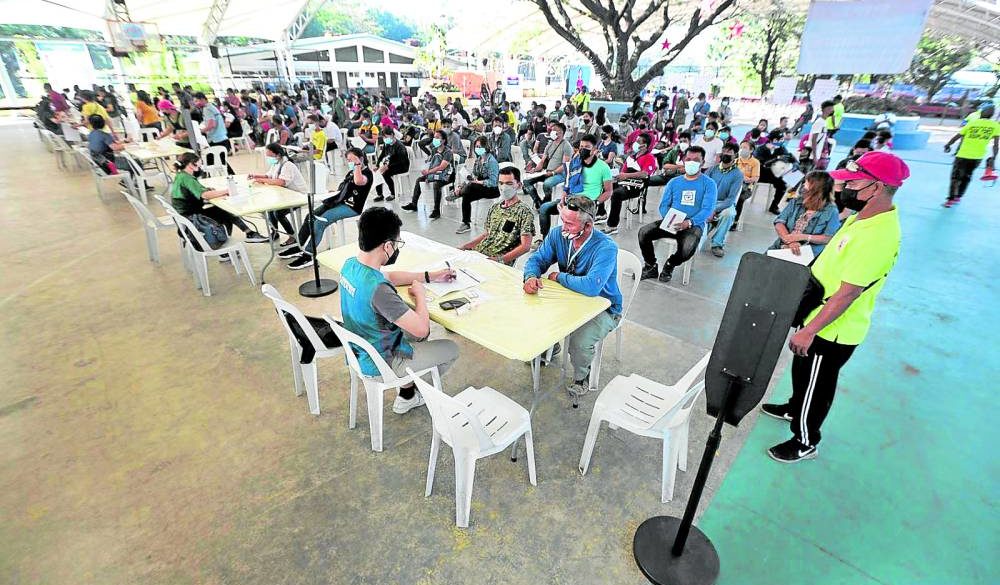 Keeping our cool amid Omicron

A close friend greeted me Happy New Year a little late, explaining that her whole family came down with COVID a few days after their clan’s Christmas get-together, but that everyone had either fully recovered or was on the mend. All family members had received medical treatment at home.

I asked her if her family was vaccinated and what COVID variant had hit them. She answered yes, everyone was fully jabbed, and confirmed that the culprit was Omicron.

This was not an isolated case. Other friends have reported that while some family members had recently been infected with COVID, they had recovered at home after several days. And while new cases are dramatically increasing, daily particularly in the National Capital Region (NCR), available data shows that the great majority of positive cases are either mild or asymptomatic.

To avoid unnecessarily overburdening our health-care facilities, some medical experts have recommended that hospital officials refer such cases for home care.

December was a great blessing, giving our countrymen a brief respite from the relentless onslaught of the pandemic over the past two years. At a more lenient alert level 2, we were able to experience returning to some normalcy in our lives—Christmas shopping in the malls, dining out, socializing with friends, and most importantly, being with family members more frequently.

But this newfound freedom was short-lived. A new COVID variant named Omicron, first identified in South Africa, was quickly spreading to many countries in December. Experts were saying that it was only a matter of time before it came to our shores. True enough, with rapidly rising new cases, NCR was immediately upgraded to alert level 3 on Jan. 3, and other regions quickly followed.

As of this writing, the Metropolitan Manila Development Authority has announced that it is keeping NCR at alert level 3, but may bring it up to level 4 if the situation warrants it.

Another action being seriously considered is to ramp up the government’s vaccination drive with another round of “national vaccination day.”

But most controversial is the drastic restriction on the movement of unvaccinated persons, many of whom are complaining that it is only lately that they have been able to resume earning a living.

The official rejoinder, as expected, is for them to get themselves vaccinated, which they should have done before.

The President himself has weighed in on the issue of “no vaccine, no out-of-home travel,” going as far as enjoining local officials to “restrain” unvaxxed individuals caught outside their homes. He was very careful not to use the word “arrest,” because, as the Commission on Human Rights had warned, arresting persons who have not committed any crime was unconstitutional, and there was as yet no law passed restricting freedom of movement, which could be resorted to in the interest of national security, public safety or public health.

I am no medical expert, and am neither rabidly “provax” or “antivax,” but simply “proreason.” But from a social responsibility standpoint, I believe every person is at least entitled to “informed consent,” i.e., be made aware of the nature, composition, advantages and possible adverse effects of any medication he ingests or that is put inside his body.

This is standard practice in the medical literature inside the packaging of the usual medicines we buy in drugstores. It should apply even more to experimental drugs with no proven long-term track record for safety.

Thus, while mass vaccination to achieve “herd immunity” may be a valid society-wide goal for state authorities, the means to achieve it should not be coercive, and people’s inherent freedom of choice should be respected. At best, strong campaigns promoting and explaining the benefits of vaccination can be undertaken to overcome vaccine hesitancy or rejection.

Although global health institutions have been unequivocally pushing mass vaccination, many independent but equally qualified medical experts, including the pioneer of the mRNA vaccine himself, are vocal in expressing caveats for their universal use.

Moreover, six of the former transition-team public health advisers of US President Joe Biden are strongly urging him today to change his present vaccine-centric response to the pandemic in three simultaneous articles published in Journal of the American Medical Association (Newsweek.com, Jan. 6).

Locally, presenting a balanced view in my mind is Dr. Rafael Castillo, a respected medical practitioner who treats COVID patients and writes a widely read column in this newspaper. He was lengthily interviewed on Jan. 6 on dzRH-TV. I cite some of his observations and insights:

Given these wide-ranging observations, what is the basis for discriminating against those who are unvaccinated, either by choice or by circumstance, considering that most people need to go out and earn a living? The currently available data strongly suggests that vaccination is no longer a major preventive factor in transmission. As for severity of infection, the vast majority of new cases are in the mild or asymptomatic range.

Obviously, certain restrictions are still necessary, e.g., on large gatherings, use of public transport, recreational facilities, restaurants, clubs and other venues. But if availment was to be restricted or prohibited, what reason is there not to equally apply it to everyone, including the other way around? Our government authorities should consider this seriously before further reimposing stringent measures selectively and causing more unrest. —CONTRIBUTED