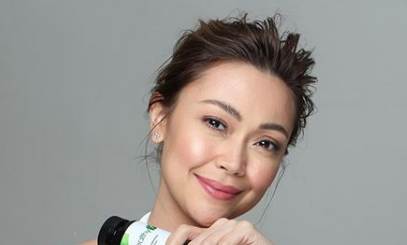 As the accomplished Dr. Jill Ilustre in “The Broken Marriage Vow,” the Philippine adaptation of the hit BBC series “Doctor Foster,” actress Jodi Sta. Maria had some life lessons affirmed.

“Ang natutunan ko kay (What I learned from) Jill, there is always life after a heartbreak,” Sta. Maria said during the online press conference for the series last Friday, Jan. 14.

Sta. Maria believes that her role showed her how “our lives are moving in the direction of our decision.”

“Kung ano ‘yung mga decision na ginagawa mo, may direct effect ‘yan sa ‘yo, sa asawa mo, sa pamilya mo,” she said. (Whatever the decisions you make, these have direct effects on yourself, your husband, your family.)

“It can even go as far as sa friends and those people around you. So, we have to be wise in making choices and decisions sa mga life natin (in our lives),” she explained.

Playing Dr. Jill Ilustre also brings pressure upon the actress, especially as she just finished watching the Korean version then, which was also a hit.

(I know that the Korean series was such a big hit so I really don’t know how I would feel. Of course, I was shocked, I was surprised when it was offered to me.)

There was the challenge of making the Philippine version unique. But she now heaves a sigh of relief with the taping done.

(You can’t do anything anymore because it’s done, it’s already in the can. I am just excited to show the finished product of what we all did.)

But one thing that Sta. Maria considers as an accomplishment in doing her take of Dr. Jill Ilustre is having been able to realize one of her dreams, even through just a role – that of being a doctor.

(I am actually grateful that even though I am not a doctor in real life, somehow, I was able to give life to a dream that I had.)

Fans of the original British and Korean series can watch “The Broken Marriage Vow” beginning Jan. 22 on iWantTFC, two days before its TV broadcast; and on Jan. 24 at 8:40 p.m. on Kapamilya Channel, TV5, A2Z, Kapamilya Online Live on ABS-CBN Entertainment’s YouTube channel and Facebook page, and TFC. JB