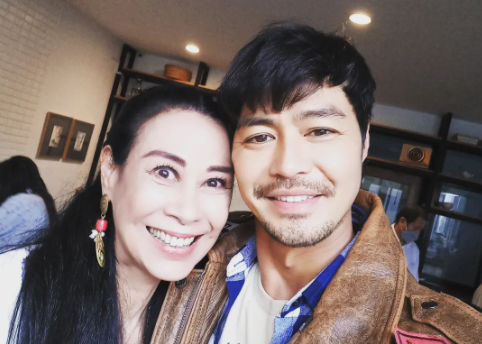 Playing the mother of Zanjoe Marudo’s David Ilustre character in “The Broken Marriage Vow” is like a breath of fresh air for seasoned character actress Susan Africa.

(I am not the typical Filipino mom in this show, in the sense that I am so devoted to my son here. I love my family very much but when he commits a mistake, I don’t scold him too much. I will take his side.)

Despite that, Africa says her character still gives advise to her son, like to make peace with his wife Jill, played by Jodi Sta. Maria, for the sake of the family.

Africa said that the series is close to home, as shown in the opening scene alone, where the typical Filipino family is portrayed as having extended family members.

(When David visited me at home, there were so many people. It is like that in the province, really. There are nephews and nieces, neighbors. Then the mother is someone who says, ‘I will cook for you all,’ but in the end, she would just ask someone else to do it. My character is funny and I enjoyed it immensely.)