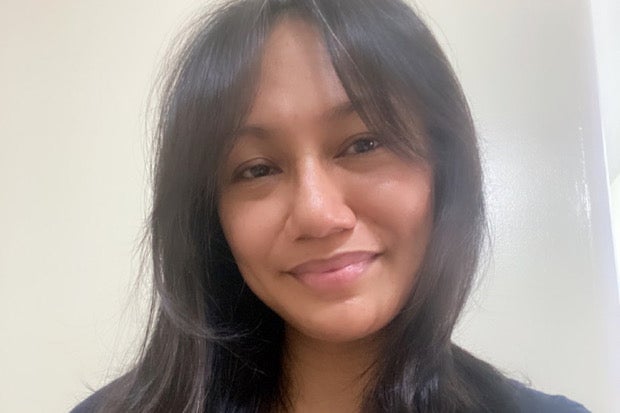 Bayani plays the enabler friend of Jodi. “As a friend, seryoso, sasabihin ko agad kung meron akong alam. Hindi ko kasi kayang itago. Makikita mo sa face ko. Hindi ko kaya,” she said about her role during the online conference for the series last Jan. 17. (As a friend, seriously, I will immediately tell if I know something. I can’t hide it. You will see that in my face. I cannot hide it.)

Bayani shared that she helped Sta. Maria’s character by introducing her to the Meisner technique, described by Wikipedia as “an approach to acting developed by American theatre practitioner Sanford Meisner. The goal of the Meisner approach is for the actor to not focus on themselves and instead concentrate on the other actors in the immediate environment.”

(Yes, we had a few sessions. Basically, what I told her, we have expectations of ourselves, on how to behave in certain situations. The Meisner (technique) helps you to bring out what you truly feel. What if it is just okay? What if it is okay to bring it out? What if no one will judge you?)

“Gagamitin natin ‘yung totoong nararamdaman mo tapos ipapatong mo doon ‘yung lines, ‘yung situation ng scene para maglaban siya talaga. So, naha-heighten ‘yung circumstances,” she said. (We will use your true feelings, then you will mount your lines, the situation of the scene so that they will all collide. So, the circumstances are heightened.)

The scene is about Sta. Maria’s character’s discovery of her husband David Ilustre’s (Zanjoe Marudo) infidelity.

How theater transformed Angeli Bayani into the toast of Cannes