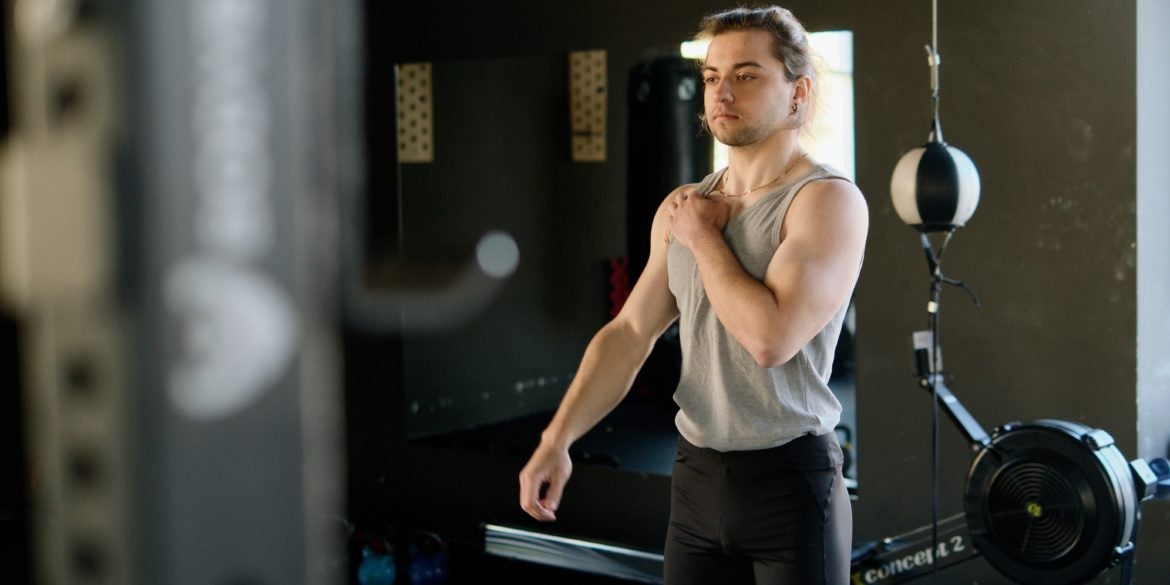 One of my earliest memories of the pandemic was escaping the lockdown in Manila before it started, completely oblivious to the fact that Laguna (where my parents’ house is) would soon be affected.

The Sunday before the first lockdown was imposed in the south, I was still up late at my 24/7 gym, pulling heavy deadlifts, and thinking that I could do this for the next two weeks or so while the capital was frozen in place.

At that point, I don’t think anybody expected that we would be forced to stop working out. As a pro wrestler, I had to keep moving, or else I would waste away and be totally out of shape for when it was time to perform again.

But we were not prepared for the standstill that would ensue so nobody made plans for pandemic fitness.

As we would all find out for ourselves, life makes you rethink your plans. Aside from needing to be in performance shape, I was in the middle of a drastic cutting phase when enhanced community quarantine was first imposed, so I didn’t want to put a pause on working out while I counted my decreased calories. I did what I could with what I had, even if it wasn’t as taxing as lifting weights in the gym.

In the 22 months we’ve been dealing with the pandemic, I can easily say I’ve run the gauntlet of exercises, going on what I can only call a roller coaster ride with my body and personal fitness. I’ll lay out my journey here to possibly try and inspire anyone who’s been disheartened by the situation we’re in to get moving, even if only a little bit at first.

I started with bodyweight workouts that I could easily do in my living room, testing my strength with slowed movements and accommodating resistance. It was similar to the weight training program I was doing before the pandemic hit (called Minimalist Fitness by Cho Lim) so I figured it was the best thing I could do at the time.

I was beating my body up with slowed push-ups, resisted bodyweight flys, and squats. For cardio, I bought this Nintendo Switch game called Fitness Boxing, which uses the controllers as movement trackers that could detect your punches.

I kept this up for the whole summer of 2020. When the 24/7 gym opened in a limited capacity sometime in July, I tried to go back, but the strict booking policy made it tough to just wander in and out as I pleased, which I liked to do. I couldn’t get a groove on my weight training program but it wouldn’t matter as another surge would force the gym to close for the rest of the year.

@roiswar At least I’m starting my week with a PR, and at least I made it to parallel #fitness #fitcheck #fittok #gym #squats ♬ The Feels (Instrumental) – TWICE

At that point, completely deflated by the fact that I didn’t have a gym I could go to, an athletic life I could come back to anytime soon, and a mild bout of COVID-19, I essentially just gave up on staying fit.

I realized I didn’t like working out at home, where I didn’t really have much space to move as much as I wanted, and I preferred to work out with heavy weights instead of relying on calisthenics, which didn’t give me obvious results due to the inherent lack of progression.

I completely stopped doing any kind of exercise and started eating all the junk I wanted because I figured, hell, life is short.

When gyms did open again in January 2021, I made sure to come back. There weren’t any vaccines yet but it seemed safe to go, especially in Laguna where cases weren’t as numerous as in NCR. I worked out and stopped counting my calories, preferring to focus on lifting heavy and building strength.

I stuck to my old plan because it got me through the gym in an hour. Despite not looking my best, it gave me the results I liked, which was getting stronger and lifting the heaviest I’ve ever lifted in my life.

Unfortunately, another surge in March 2021 would close the gyms again after only three months—and even though I had started to work out already, I gave up on doing any sort of exercise again, keeping my preference for only working out with weights.

Getting off my butt

Somewhere along the way in my sedentary lifestyle that summer, I realized that I wanted to get off my butt and work out seriously again. I and a lot of other people had already gotten the COVID-19 vaccine, so I figured life would be returning to normal soon enough, and I wanted to be fit again when it did.

@roiswar Started recording this in August to track my progress, and while I still don’t think I’m done, it’s still a good time as any to pull the trigger and show where I am after almost half a year #fitness #gym #transformation #fittok ♬ Be Yourself – Audioslave

Gyms were still closed, but I still wanted to lift heavy weights, so I started looking into buying my own exercise equipment—specifically, a squat and bench rack I could set up in my parents’ house, an Olympic barbell, and plates. I figured those were all I needed to put together a decent program.

I got the home equipment I needed, and I was able to start doing barbell-centric workouts. I even started tracking my calories again, as I wanted to cut some of the 30 pounds I had gained in my joy-eating over the pandemic.

I kept at it at home for a couple of months before the gyms had finally opened again, which takes us to the present day. Now I’m back in the gym despite the risks because they’ve got more equipment than I do at home.

Even though I had only used it for a few months, the home setup was still a worthwhile purchase because it helped me overcome any excuses I had for not working out—specifically, the lack of access to a fully equipped gym. Anyway, I suspect I’ll need the home equipment again someday.

Building toward the bigger fitness goal

While it was a wild experience going from lean to fat to a balanced body in the span of those 22 months, it all worked out for me in the end. For one, it made me realize that the process of exercise and the lack thereof isn’t the be-all, end-all for my fitness.

I could start and stop whenever I wanted to, and I proved to myself that I could be disciplined enough to work toward my fitness goals, even when the world is falling apart.

For those who may not be feeling up to it, especially after a long layoff, know that you can always get back into the groove by starting small and ramping up the effort as you go along. It’s not impossible, even in a pandemic, as long as you want it.

Another thing I should note is taking time off did actually do me favors. Even though I had closely approached obesity from all the weight I had gained, it took a pandemic and a break from working out for me to get the body mass I had so desperately wanted when I was actively and consistently exercising for six or so years. Returning to the gym just let me fine-tune my body to a point where I was really happy with it.

Lastly, and most importantly, picking up exercise again at a time when everything seems doomed gave me something positive to focus on. While now I sometimes feel like I have to drag myself to the gym (the motivation isn’t always there, as we seasoned lifters know all too well), I’ve learned, or maybe relearned, to appreciate each workout session for building toward the bigger goal.

In a time where it’s easy to be a fatalist, simply looking forward to the final product is a really easy way to get by every day.

This story was first published via multisport.ph