JC de Vera on Angelica Panganiban: She inspires me, I look up to her | Inquirer Lifestyle ❮ ❯ 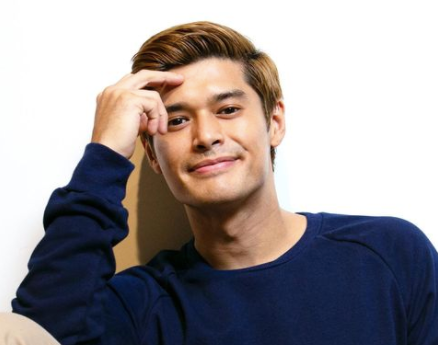 JC de Vera on Angelica Panganiban: She inspires me, I look up to her

Actor JC de Vera regards his “The Goodbye Girl” co-star Angelica Panganiban as a constant source of inspiration and motivation.

(Of course, I feel very blessed every time I join projects where Angelica is in the cast. I feel that every time I work with her, I am inspired and motivated.)

For the actor, this is the first time he is able to lavish Panganiban with praise after working with her in other projects in the past. He admires the actress’ versatility.

(I look up to her in terms of her being a veteran in acting. Whatever genre it is, drama, comedy, rom-com, or any genre that it is given to her, she always finishes the project with flying colors.)

The actor also expressed his curiosity if Panganiban gets nervous each time she plays a new role.

(It’s like never at one point have I ever seen her nervous. Does this person still get nervous when she’s portraying different characters?)

De Vera marveled at Panganiban’s professionalism too, such that he manages to always learn something new from the actress.

“Meron akong napupulot na magandang tip or magandang way of attacking her character,” he said. “It inspires me a lot talaga. I look up to her.”

(I get to pick up a good tip or a good way of attacking character. It really inspires me a lot.) JB

Angelica Panganiban to boyfriend on his birthday: ‘Araw-araw kitang aalagaan’