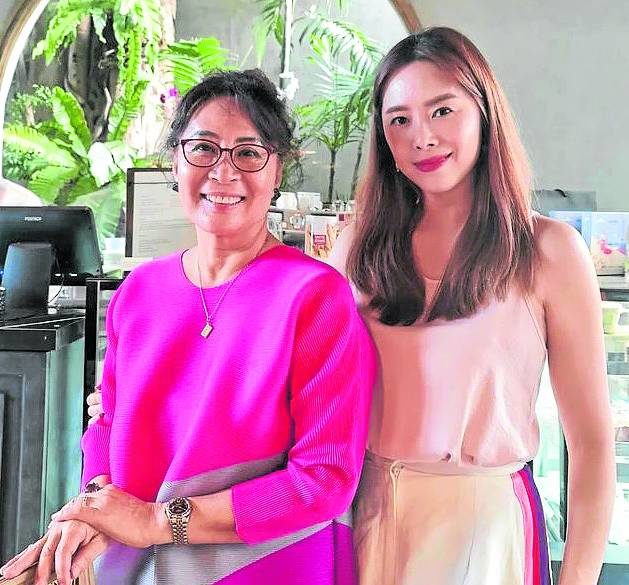 Grace’s father, Dong Yuel Lee, moved his family to the Philippines in the 1990s. Since then, Grace has made her own life here. Of her many involvements, becoming a restaurateur was the last thing she expected to be.

The restaurants are her mom’s, she pointed out. “I started by merely aiding her.”

For someone who never entertained the thought, Grace has done well in the food and beverage world. The mother-and-daughter tandem now has three different brands: Kko Kko, Shanghai Saloon and the newly opened Woori.

Their first concept was meant to answer the clamor for Korean fried chicken, so Kko Kko was born.

The eatery has a wide range of Korean fried chicken flavors. It also offers comfort and street food. Many of the dishes they serve are those featured in your favorite K-dramas.

A must-try, according to Grace, is the Chicken Fondue, which is a platter with cheese fondue in the center, surrounded by boneless Korean fried chicken, French fries, onion rings and nachos.

They also have tteokbokki on the menu. The one topped with bulgogi and mini mandu is the most popular.

Grace has always had a penchant for Chinese food. With a Chinese chef as her business partner, they built Shanghai Saloon.

Not wanting a typical restaurant, Grace designed it to be cozy with a 1920s feel to it. It’s a place where one could sit down, chat and enjoy their specialties like custard tofu and other Chinese dishes with modern touches.

For lunch, you may want to indulge in Yumcha, an eat-all-you-can dim sum treat.

The Saloon is also the only place in Manila where you can experience Shanghainese afternoon tea.

Woori is their latest concept. It’s a newly opened high-end Korean barbecue restaurant that specializes in Hanwoo (Korean beef) that is best paired with artisanal and small batch-produced soju and/or makgeolli, all of which are flown in from Korea weekly.

Grace is excited to launch their menu. For the month of February, the restaurant will accept only 15 persons, on a by-reservation basis only.

“Mom made me a restaurateur,” she says. All these restaurants were made possible because of her mom, Song Soon-il, who remains her daughter’s inspiration.

“She is such also a great cook,” Grace says with pride.

Grace’s mom was always busy whipping up her specialties for the family, from their home kitchen in Korea. The absence of help prodded Grace to be “sort of” an expert dishwasher by the time she was 8 years old. She also willingly assisted her mom while cooking. As a little girl, she used to watch her mom in disbelief, in awe of how she would incorporate and blend things together to make something out of nothing.

As she got older, she took notice of how her mother would incorporate techniques and methods into family recipes. Doing so made the old dishes taste new, with so much more flavor.

At times, these experiments would even spark the creation of a new dish. It is Mama Lee’s style of cooking that has given them an edge and has allowed their culinary adventure to prosper.

Grace admitted that she still has a lot to learn to be able to cook like her mom, who earned her Korean chef certification right before the pandemic at the age of 63!

When the lockdown left mother and daughter at home with a lot of time to spare, they started the Grace Lee channel on YouTube, to teach Korean cooking and culture.

Of Mama Lee’s many recipes, Grace remains a big fan of her mandu made from scratch. When they were young, Grace would help their mom mix the dough, shape and connect the half moon ends to form the final shape. She attests that to this day, her mom’s dumplings are as they used to be 30 years ago.

100 g dangmyeun (glass noodles, soaked in water for an hour)

Mash tofu with fork. Mix the noodles and all the rest of the ingredients well.

Put a tablespoon of mixture in the center of the wrapper, then fold in half and seal edges thoroughly using a bit of water on your fingertips. From a half-moon shape, gather the two ends together and press the ends together to make into a round pouch.