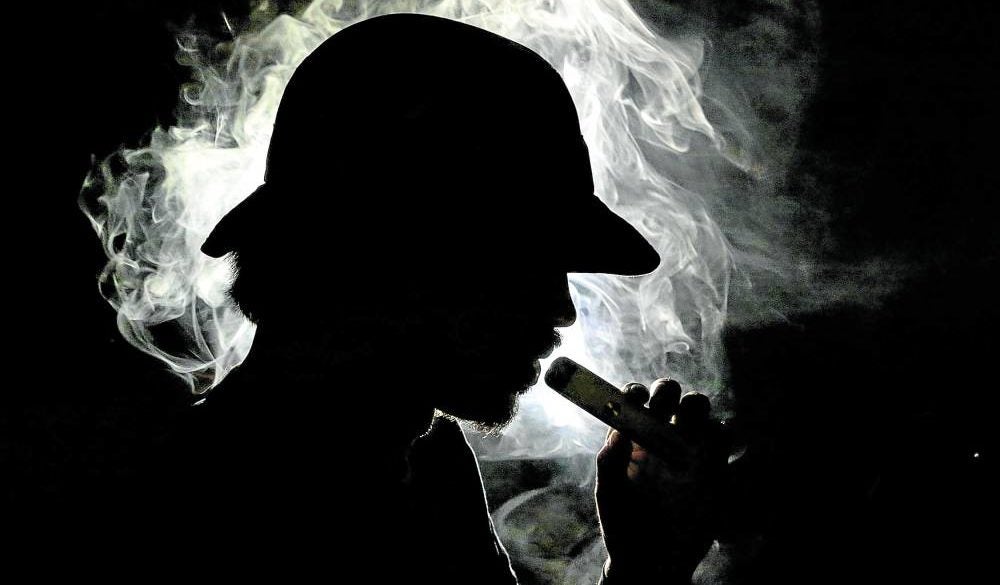 Under the bill, new products are to be registered before they are introduced, to ensure quality and safety. Above: a vape user —GRIG C. MONTEGRANDE

Some readers, including colleagues in the medical community, have been asking us to explain why we support the vape bill, which was recently approved by the congressional bicameral committee, and will soon be transmitted to the President for his final approval.

Our short answer is, “Because we would like to put our smokers back into the health equation.”

We confess that in our clinic, we used to have a condemning, somewhat discriminatory attitude toward our recalcitrant smokers. We gave them six months to quit smoking completely, either cold turkey or through other known interventions. But if they failed, they’re politely told to go to other clinics. They’re no longer given appointments for followup.

The pandemic made us rethink our attitude toward them. Smoking is a major risk factor for developing severe COVID-19, even in younger individuals, and it always broke our hearts to hear of a former patient whom we’ve “expelled” from the clinic being hospitalized for severe COVID-19 or succumbing to it.

We couldn’t help but ask: Would the few who died have remained alive if we didn’t give up on them? Had we offered them alternative tobacco products (ATPs) like e-cigarettes (e-cigs) and heated tobacco products (HTPs), would it have improved their chances against COVID-19 when they got infected?

We don’t really have a definitive answer to these questions, but considering that ATPs have far less toxic substances compared to burnt cigarettes, that might have helped tipped the balance in their favor.

So, our support for the vape bill is probably partly the product of a guilty conscience and an effort to do penance for the medical injustice we have committed against our recalcitrant smokers.

Yes, we unjustly excluded them from the health equation previously, as if their lives didn’t matter, and they deserved whatever complications they were likely to develop with continuous smoking.

But we now realize that smokers who may have tried to quit a hundred times and failed—just like in Mark Twain’s quote (“Giving up smoking is easy; I’ve tried it a thousand times”)—remain part of the health equation as much as the healthy nonsmokers, the youth and others we’re trying to protect from this killer vice.

These recalcitrant smokers actually need more understanding and care from their physicians who should at least make an effort to even partially protect them from the harmful elements of cigarette smoking till they have mustered enough behavioral and mental discipline to lick the habit for good.

We’re convinced that properly regulated ATPs are a potent tool and our best bet at the moment to finally reduce smoking to the barest minimum in 10 years’ time. We’ve tried all sorts of carrot-and-stick interventions—from nicotine gums and patches to hypnosis, acupuncture and sin taxes—but they just didn’t work well enough to attain our goal for our smokers.

But, just like any two-edged weapon, ATPs have to be manufactured, marketed and used properly. This is where legislation and regulation come in.

Quite honestly, we didn’t think the bill (Senate Bill No. 2239) would be approved in the Senate last December, considering the strong lobby against it by various medical groups.

But consistent with our track record of standing for what we strongly believe in—even if it’s a losing cause—we maintained our position, supporting a comprehensive law that would cover all regulatory bases to help save smokers and, at the same time, protect the youth and the nonsmokers from being lured into trying these e-cigs and HTPs.

We have explained in a previous commentary that the use of e-cigs and HTPs could serve as a pragmatic middle ground to wean smokers off their addiction to cigarettes. Making them quit smoking eventually is our primary objective but, meanwhile, they should be given access to these less harmful ATPs.

It came as a most pleasant surprise when the senators approved the vape bill overwhelmingly with a vote of 19-2, with two abstaining. It was a big victory for our 16 million Filipino smokers, and we felt happy for them. Some smokers, who have shifted to ATPs and would eventually want to quit smoking permanently, thanked us for advocating for them. We replied in jest: “We’re just making up for our previous injustice to our smoking patients.”

In summary, we believe the bill is anchored on the principle of tobacco harm reduction. It allows the sale of e-cigs, HTPs and other vaporized nicotine products (VNPs) or noncombusted alternatives to cigarettes in the country, subject to the needed regulatory provisions.

For example, to ensure quality and safety, new products are to be registered before they are introduced. This is important since known harmful substances in some e-cigs have been shown to cause Evali (e-cig or vaping use-associated lung injury).

Health warnings would be required, and technical standards for quality and safety are to be adopted and strictly met. Sale to minors would be prohibited, of course, and advertising would be restricted in line with restrictions on cigarette advertising.

Once enacted into law, any violation will be subject to appropriate penalties, including possible jail term. This gives teeth to the provisions, unlike now, when unscrupulous businessmen can sell substandard and potentially harmful ATPs believing that the current laws don’t really have clear and specific provisions to penalize them.

While not perfect, we believe the bill would benefit millions of smokers in the Philippines. An independent survey conducted locally shows that more than 90 percent of respondents, mostly smokers, consider the bill something that can help them by ensuring the quality, safety and availability of VNPs through necessary and protective regulation.

We’ve also stressed that the smokers are the major stakeholders in this bill, so their sentiments and opinions should be strongly considered. They’re the ones who feel the extreme burden of their addiction—the angst and fear of developing smoking-related complications, but feeling helpless to kick the habit.

With all due respect to my colleagues, we, the doctors, are not the more important stakeholders compared to the smokers, whom we claim we’re trying to protect. Our role is to advise and make recommendations based on best available science on the subject and our clinical experience, but trying to enforce our will may already be breaching the limits of our expertise and competence.

There is no question that the vape bill is going to be a landmark legislation, and a legacy of this administration for being the first comprehensive law to regulate vapor products. We share the opinion of some who call it the “first real antismoking measure we have had in almost 20 years.”

For clinicians like us who have been treating recalcitrant smokers for decades, we look at the vape bill simplistically as one that would save the lives or at least reduce the health risks for our more than 16 million countrymen who still smoke today and who will likely not be able to quit in the near future.

There is no dispute in the medical and scientific community that smoking kills. Cigarette is the most lethal nicotine delivery system for sale in the market.

In the Philippines, more than 100,000 Filipinos die every year from smoking-related diseases, according to the World Health Organization (WHO). That’s close to 300 Filipinos dying daily of diseases that include lung cancer, stroke, heart attack and chronic obstructive pulmonary disease, to name a few.

The sad reality is that despite all antismoking efforts and interventions, out of the 16 million smokers, only 4 percent will be able to successfully quit every year, according to the WHO. Majority want and try to quit, but only 4 percent succeed.

In other words, 96 percent of them will continue to smoke in 2022 and close to 100,000 Filipinos will again die unless the government quickly adopts a pragmatic solution by providing a sustainable alternative to the nicotine addiction. This is where the vape bill comes in.

We believe President Duterte is in the best position to weigh in and decide on the vape bill. He admitted being a heavy smoker previously, but quit when he was diagnosed with Buerger’s disease, a complication causing blockages of the blood vessels in the legs, arms, feet and hands.

Although the exact cause of Buerger’s disease is unknown, it is strongly linked to cigarette smoking. The blockage and inflammation of arteries cause so much pain and, in some, might even lead to gangrene, requiring amputation of the toes or fingers. The President is fortunate to have quit successfully while he was ahead, before serious complications have irreversibly developed.

We believe we can give many of our smokers the same opportunity and blessing to avoid serious smoking-related complications by offering them the pragmatic middle ground which these alternative tobacco products offer. INQ